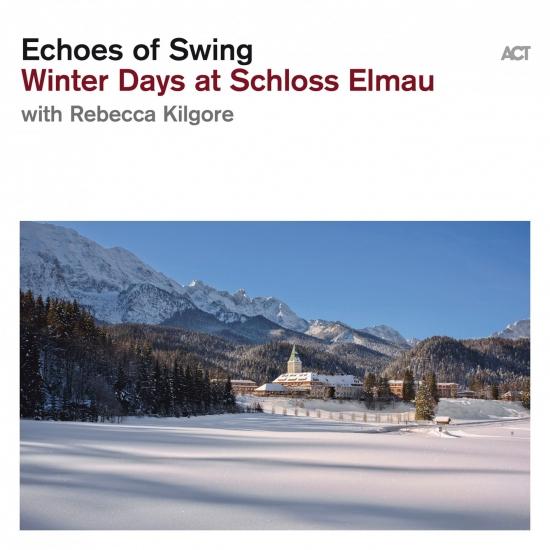 13 swinging winter greetings, which desugar the typical sweet seasonal ringin. With respect, but completely new swing, the Echoes of Swing tie themselves again to the Jazz-tradition and transfer it with great taste, unrelentless taste and impressive imaginativeness to their timeless musical cosmos.
For over 20 years, Echoes of Swing have been an essential go-to band for lovers of classic jazz. They show quite how many sides there are to it, and do so in a way that is always consummately fresh. The quartet of Bernd Lhotzky (piano), Colin T. Dawson (trumpet), Chris Hopkins (alto saxophone) and Oliver Mewes (drums) breathe new life into the canon of the Jazz Age with their skill as players, their fine arrangements – and with a lot of humour. The band play their own compositions too. And each of their albums is built around a theme: after "Blue Pepper", "Dancing", "Travelin'" and the "Tribute to Bix Beiderbecke", their new album "Winter Days at Schloss Elmau" is a winter walk, but with a swing to it. The new album continues in the line of superb recordings that ACT has made in the large concert hall at Schloss Elmau. Indeed, where would one find more inspiration for a winter album than in this unique location with its breathtaking views of the Bavarian Alps?
Whereas previous Echoes of Swing recordings have predominantly featured instrumental tracks, "Winter Days at Schloss Elmau" marks a new departure for the band: it is a vocal album defined by the presence of the grande dame of classic jazz singing, the American vocalist Rebecca Kilgore. "There is simply no alternative to Rebecca,” enthuses Bernd Lhotzky. “So many musical and human qualities come together in her, you really have to hear her to believe it." Lhotzky has previously worked with Kilgore in a duo and calls her "the ideal you’d always hoped somebody would invent" and a "singing enchantress". So all it takes is a few bars of her singing on the opener "Winter Moon", transformed into an atmospheric nocturne by Chris Hopkins, to realise that Rebecca Kilgore has that perfect sense of swing and time that cannot be taught, combined with subtle elegance and a warm timbre, and is able to convey lyrics so naturally in music. There are two additional musicians working with the group: on four tracks jazz, guitarist Rolf Marx brings new colours to Echoes of Swing’s music. Henning Gailing is a specialist in classic swing bass, a distinctly rare craft nowadays. Echoes of Swing have done a lot of live dates with him, and his rare skills and his sound reinforce and underpin the foundation of the ensemble.
And off we go on an extended sleigh ride. One could say it lasts from Advent over Christmas and through into the new year. We travel through all kinds of very different regions, from "Winter Wonderland", classically covered in snow (unusually in 5/4 time here, with hand drums and an Ellingtonian horn section), via frosty cities in the northern hemisphere ("I've Got My Love To Keep Me Warm") and on down to South America, where December is very different, for example in "Looks Like December", a rare composition by Antonio Carlos Jobim; in the alto saxophone passages one can clearly hear Chris Hopkins' admiration for Stan Getz.
"Winter Days" has managed completely to avoid those worn-out and over-played Christmas standards. On the other hand, there are playful pieces that toy with the winter clichés, or subvert them. For example, there is Burt Bacharach's "The Bell That Couldn't Jingle", appearing here as a bossa nova. And there are also three contrasting poems set to music by Bernd Lhotzky: there’s "Stopping By Woods" by Robert Frost which is almost like a pop tune, an icy and gloomy "The Night Is Darkening Round Me" by Emily Brontë, and a classical, notated setting of William Shakespeare's "Sonnet 97" which ventures into the domain of art song. Interestingly, it is played just by the trio of guest musicians, but they are anything but drop-ins; they put their complete heart and soul into it. Rebecca Kilgore has written the title track "Winter Days" together with Lhotzky – the tropical sounds in it give a sense of contrast. She also chose "Snowbound" with its subtle wordplay. This song is by pianist/composer Dave Frishberg who has been a friend of Kilgore’s for a long time.
Taken together, here are thirteen musical winter greetings which are consistently delightful. They chime particularly sweetly with the ethos of the season. Echoes of Swing are respectful of tradition but have a verve and an energy which make it completely new. This band's taste is impeccable, their ingenuity is inexhaustible, and their musicality is outstanding. This may be music inspired by a specific season and by a long-gone era of jazz, yet it is precious and timeless.
Echoes of Swing:
Bernd Lhotzky, piano & musical director
Colin T. Dawson, trumpet
Chris Hopkins, alto saxophone
Oliver Mewes, drums
Rebecca Kilgore, vocals
Henning Gailing, bass
Rolf Marx, guitar (on 4, 8, 9 & 10) 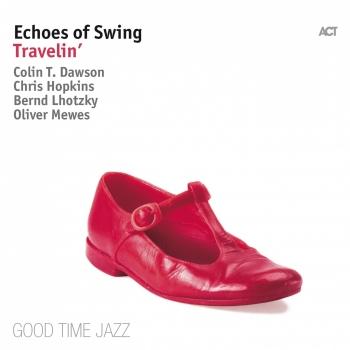 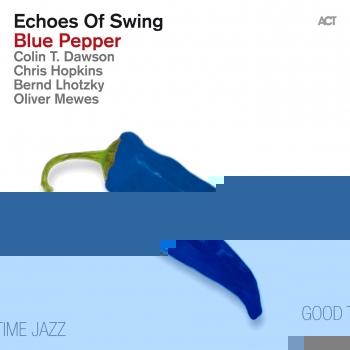 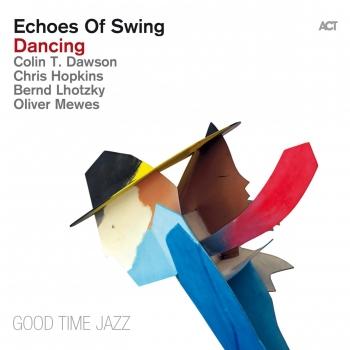 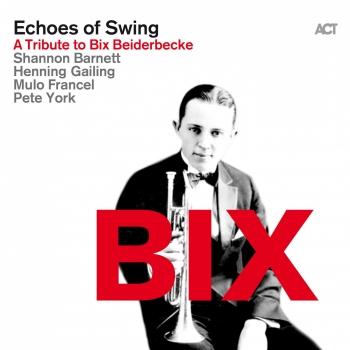 BIX (A Tribute to Bix Beiderbecke)