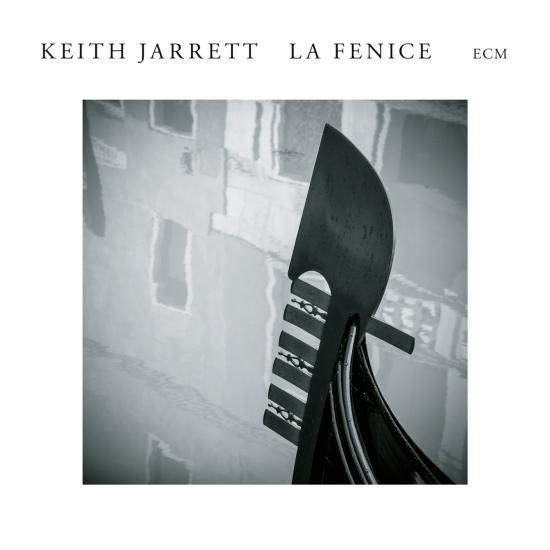 Recorded in Venice, in 2006, ‘La Fenice’ finds Keith Jarrett unleashing a torrent of imagination, creating a masterpiece in a moment.
While there’s no doubt that Keith Jarrett is a supremely versatile musician at home in myriad musical contexts, his main source of fame has been his unaccompanied piano recitals. His ECM album The Köln Concert, a solo performance recorded in January 1975, remains a remarkable touchstone in the Pennsylvania-born pianist’s discography and continues to be one of Jarrett’s – and, indeed, ECM’s, best-selling albums. And it’s to the solo piano format that Jarrett has returned with his latest album, La Fenice.
In the four-plus decades between, Jarrett has issued several notable solo piano albums that are all unique but which have also reached high levels of inspired creativity, including Sun Bear Concerts (1976), La Scala (1995), The Carnegie Hall Concert (2005) and, more recently, A Multitude Of Angels (2016).
Standing alongside these, La Fenice (Italian for “the phoenix”) is a double-album that captures a 61-year-old Jarrett on a balmy July evening in 2006, playing for 97 minutes in front of 1,100 people in Venice’s Gran Teatro La Fenice, one of the great city’s most hallowed classical music venues.
As with all of Jarrett’s solo concerts, he begins with the musical equivalent of a blank canvas. After sitting down on the piano stool and composing himself for a minute, Jarrett closes his eyes and just lets musical ideas flow from his mind and into his fingers in a torrent of creativity. La Fenice starts with a turbulent atonal piece characterised by a stormy squall of notes which functions as the first section of a tremendously varied eight-part suite called ‘La Fenice’, which forms the largest portion of the concert.
Spontaneously composed, ‘La Fenice’ takes the listener on a mesmerising sonic odyssey that runs the gamut from intrepid exploration to quiet reflection, and from free jazz to blues and folk styles. There are other unexpected twists, too. In between ‘Part VI’ and ‘Part VII’ of the suite, Jarrett serves up a relatively short lyrical interlude in the shape of ‘The Sun Whose Rays’, a wistful interpretation of a song from Gilbert & Sullivan’s much-loved 19th-century comic opera The Mikado.
La Fenice culminates with three encore pieces. The first is ‘My Wild Irish Rose’, a traditional Celtic air that the pianist recorded for his 1998 studio LP, The Melody At Night, With You. Simple but elegant, it highlights Jarrett’s burnished lyricism. The piece is followed by a jaunty interpretation of the imperishable jazz standard ‘Stella By Starlight’, a song that Jarrett has also played with his celebrated Standards Trio.
The performance closes on a subdued but satisfying note with the pianist’s radiant solo version of ‘Blossom’, a delicate pastoral tune that he first recorded with his European Quartet on his influential 1974 ECM album, Belonging.
Above all else, La Fenice underlines Keith Jarrett’s skill and fluency as an improviser. His virtuosity as a pianist means that he can create a masterpiece in a moment, but there’s so much more to Jarrett’s performance than prodigious technique. His greatest skill is in communicating emotion and expressing his feelings through musical notes that touch the listener in a profound way. The music that comes through his fingers paints pictures and tells stories that all humans can relate and respond to. That is the very essence of Keith Jarrett’s genius, and, on La Fenice, its brilliance burns brightly for all to hear. (Charles Waring)
Keith Jarrett, piano