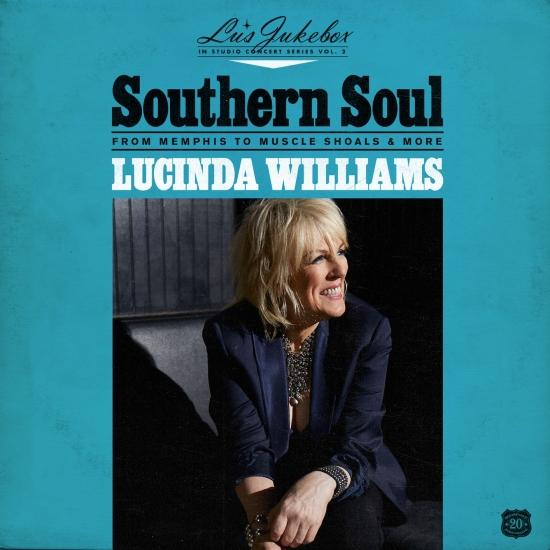 Info for Southern Soul: From Memphis to Muscle Shoals & More

Sink your teeth into some of the South’s most sumptuous songs. Lucinda will serve up tunes by the likes of Tony Joe White, Bobbie Gentry, Ann Peebles and more with a style and hospitality all her own.
Lu has poured her heart and soul into each of these episodes. From hand-selecting the songs to giving it her all in the studio, this series has been a journey you won’t want to miss.
“We’ve actually wanted to do a cover series for a long time now, but never had the time with my touring schedule”, says Williams. “I guess the silver lining in all of this has been to be able to really get inside the songs of some of my favorite artists – see what makes them tick. My hope for this project is that we’ll be able to help as many venues as we can. They’re our homes, as artists. We have to take care of them, for the sake of live music to come.”
Lucinda Williams 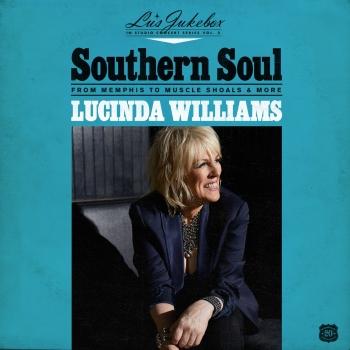 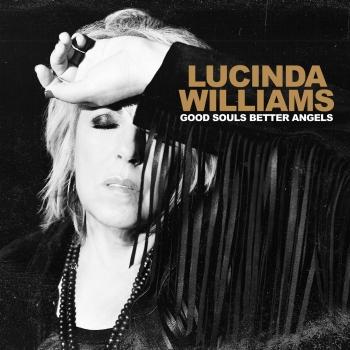 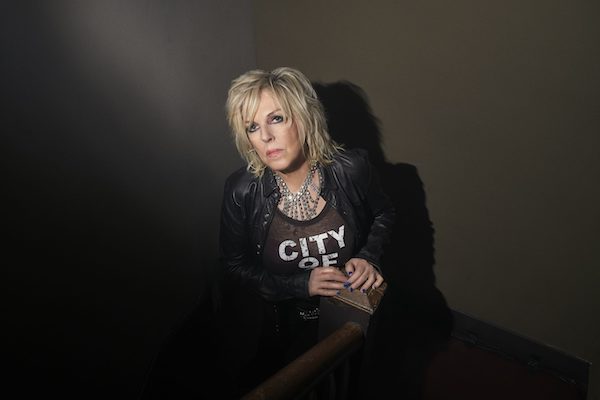 Lucinda Williams
was born in 1953 in Lake Charles, Louisiana, to a professor of literature and a pianist. Lucinda’s earliest influences in music encouraged her to learn to play the guitar and sing, and by the time she was in her early twenties, she was performing in bars and clubs in the Houston area. Williams’s debut album, Ramblin’, was recorded and released in the late 1970’s, but it did not garner much attention. Neither did the follow-up, Happy Woman Blues, but Lucinda Williams was not discouraged.
Lucinda moved to California in the early 1980’s and began performing around the Los Angeles area. By the latter part of the decade, she’d signed with a record label and released Lucinda Williams, which spawned the single “Changed the Locks,” the song for Lucinda to earn some major radio play. On the strength of this single, Williams began to build a fan base and by the time she released Sweet Old World in 1992, she’d become far more established. Another single from her record label debut, “Passionate Kisses,” actually became one of her biggest achievements, not for Lucinda’s recording of it herself, but after Mary Chapin Carpenter covered it, the song earned Lucinda Williams a Grammy for Best Country Song in 1994.
Since then, Lucinda Williams has continued to release a number of successful albums, including: Car Wheels on a Gravel Road (1998), Essence (2001), World Without Tears (2003), West (2007), and Little Honey (2008.) In addition to her Grammy for “Passionate Kisses,” she has also earned Grammys for the albums Car Wheels on a Gravel Road, Essence, World Without Tears, and Little Honey, and for the singles “Can’t Let Go,” “Essence,” “Get Right with God,” “Cold, Cold Heart,” “Lately,” and “Come On.” Car Wheels on a Gravel Road is considered to be Lucinda Williams’s mainstream breakthrough, in part due to the song “Still I Long for Your Kiss,” which was featured in the blockbuster hit The Horse Whisperer.
Most recently, Lucinda Williams released the album Blessed in 2011. She continues to record and perform.