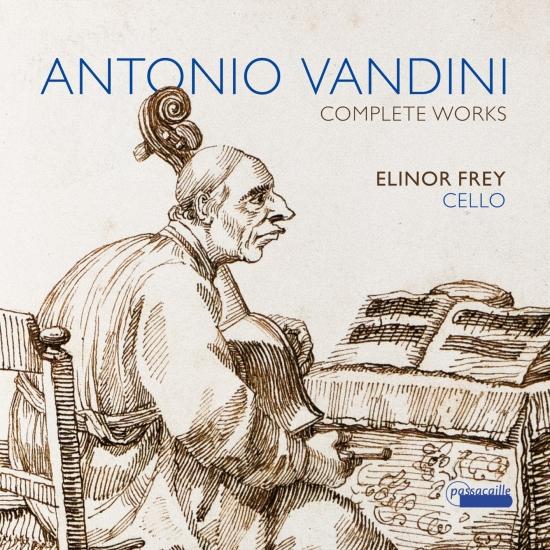 Cellist Elinor Frey and Passacaille Records will announce the release of the new album, Antonio Vandini: Complete Works, presenting the six sonatas and one concerto of one of the most noteworthy and fascinating Italian cellist-composers of the 18th century, to be released on the Passacaille label in Europe on January 4th and worldwide on February 1st.
Antonio Vandini’s (1691–1778) works span from 1717 in Venice, just a few years before he taught at the La Pietà school alongside the legendary Vivaldi, to about the 1750s when his last sonatas were written, probably as he toured the world with his musical partner, the famous violinist, Giuseppe Tartini. Captivated by Vandini’s ability to draw out some of the finest qualities of the cello by expertly blending both lyricism and virtuosity, Frey, cellist-musicologist Marc Vanscheeuwijck, and gambist Patxi Montero together explored Vandini’s particular playing techniques. As shown in drawings, portraits, and eye-witness accounts, Vandini was one of the last remaining cellists to continue to use an underhand bow technique. Harpsichordist Federica Bianchi joined the team for the recording, held at the at the Sala della Carità, a short walk from the St-Antonio Basilica in Padua where Vandini spent most of his professional musical life.
Elinor Frey, cello 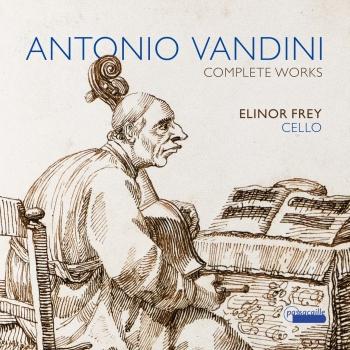 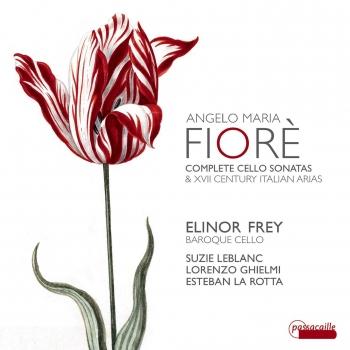 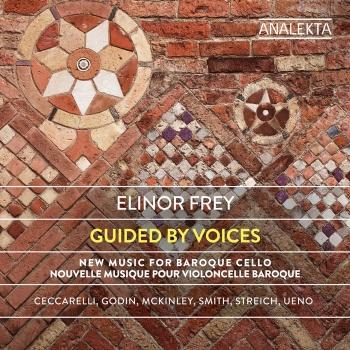 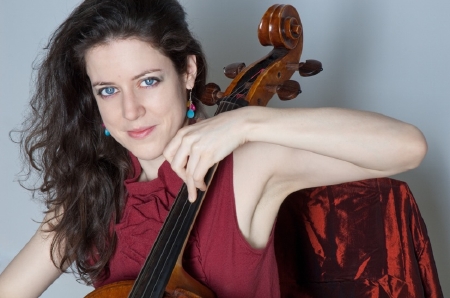 Elinor Frey
Fascinated by the cello’s origins and the creative process of new music, Elinor Frey plays both period and modern instruments. Her recent release on the Belgian label Passacaille, Berlin Sonatas with Lorenzo Ghielmi on fortepiano, was nominated for a Juno award for Best Classical CD, Solo & Chamber Music and won the 2015 Québec Opus Prize for Early Music CD of the year. Her first Baroque CD, La voce del violoncello, was praised for its “careful scholarship and brilliant layering of moods and tempos” (Toronto Star) and for the “honest, reflective beauty of her music making” (Strings). Her performance of this program was the winner of the public prize at the 2013 Utrecht Early Music Festival Fringe. In May 2017, she released Fiorè, the world premiere recording of the sonatas of Angelo Maria Fiorè and various unknown Italian arias the, performed alongside Lorenzo Ghielmi and Suzie LeBlanc.
Frey’s debut album, Dialoghi, is titled for the solo piece written for her by Steven Stucky, and her CD of new works for Baroque cello, titled Guided By Voices, will be released on the Analekta label in March 2019. These works are by Scott Godin, Linda Catlin Smith, Ken Ueno, Isaiah Ceccarelli, Maxime McKinley, and Lisa Streich. She also recently performed Lutoslawski’s cello concerto and a new concerto by Colin Labadie with the Laurier Symphony, as well as a concerto by Keiko Devaux with Ensemble Arkea and conductor Dina Gilbert.
Frey’s honours include a US-Italy Fulbright Fellowship where she studied baroque cello with Paolo Beschi, the SSHRC Canada Graduate Scholarship, American Musicological Society, and Canada Council for the Arts grants facilitating her work on Italian cello music. In recent seasons she has performed with Il Gardellino, Constantinople, Clavecin en concert, Ensemble Caprice, SMAM, Les Idées heureuses, Arion, Les Boréades, and Theatre of Early Music, as well as with her quartet, Pallade Musica, grand prize winners of the 2012 Early Music America Baroque Performance Competition and second prize winners in the 2014 International Van Wassenaer Competition in Utrecht. Frey holds degrees from McGill, Mannes, and Juilliard.