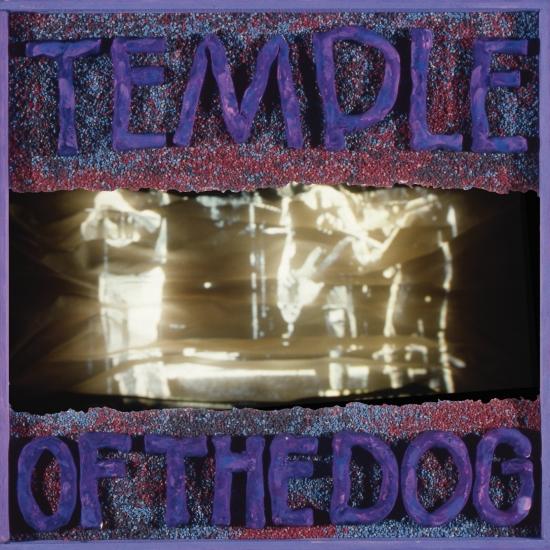 Artist: Temple Of The Dog

„Temple of the Dog“ is the only studio album by the American rock band Temple of the Dog, released on April 16, 1991 through A&M Records. The album is a tribute to Andrew Wood, the former lead singer of Malfunkshun and Mother Love Bone, who died on March 19, 1990 of a heroin overdose.
„Featuring members of Soundgarden and what would soon become Pearl Jam, Temple of the Dog's lone eponymous album might never have reached a wide audience if not for Pearl Jam's breakout success a year later. In turn, by providing the first glimpse of Chris Cornell's more straightforward, classic rock-influenced side, Temple of the Dog helped set the stage for Soundgarden's mainstream breakthrough with Superunknown. Nearly every founding member of Pearl Jam appears on Temple of the Dog (including the then-unknown Eddie Vedder), so perhaps it isn't surprising that the record sounds like a bridge between Mother Love Bone's theatrical '70s-rock updates and Pearl Jam's hard-rocking seriousness. What is surprising, though, is that Cornell is the dominant composer, writing the music on seven of the ten tracks (and lyrics on all). Keeping in mind that Soundgarden's previous album was the overblown metallic miasma of Louder Than Love, the accessibly warm, relatively clean sound of Temple of the Dog is somewhat shocking, and its mellower moments are minor revelations in terms of Cornell's songwriting abilities. It isn't just the band, either -- he displays more emotional range than ever before, and his melodies and song structures are (for the most part) pure, vintage hard rock. In fact, it's almost as though he's trying to write in the style of Mother Love Bone -- which makes sense, since Temple of the Dog was a tribute to that band's late singer Andrew Wood. Not every song here is directly connected to Wood; once several specific elegies were recorded, additional material grew quickly out of the group's natural chemistry. As a result, there's a very loose, jam-oriented feel to much of the album, and while it definitely meanders at times, the result is a more immediate emotional impact. The album's strength is its mournful, elegiac ballads, but thanks to the band's spontaneous creative energy and appropriately warm sound, it's permeated by a definite, life-affirming aura. That may seem like a paradox, but consider the adage that funerals are more for the living than the dead; Temple of the Dog shows Wood's associates working through their grief and finding the strength to move on.“ (Steve Huey, AMG)
"...One of the 1st smash hits of the Seattle explosion....it codified, with heart and muscle, the heavy angush of the Puget sound....proof that the angst that defined Seattle rock inthe 1990s was not cheap sentiment..." (Rolling Stone)
"...offers a potent distillation of Seattle's sonic sludge, with plenty of slow-mo riffing and louder-than-life guitar. It backs that sound with songs so potent and emotional that they tower over most of today's hard rock. Well worth hearing..." (Musician)
"[I]n 'Hunger Strike', a duet featuring then-unknown vocalist Eddie Vedder, they produced one of the most touching and emotional songs of the '90s." (Kerrang (Magazine)
Chris Cornell, lead vocals, harmonica (track 6), banjo (track 7)
Stone Gossard, rhythm guitar, slide guitar, acoustic guitar
Mike McCready, lead guitars
Jeff Ament, bass
Matt Cameron, drums, percussion
Eddie Vedder, backing vocals (tracks 4, 8, and 9) co-lead vocals (track 3)
Recorded November–December 1990 at London Bridge Studios, Seattle, Washington
Produced by Rick Parashar, Temple of the Dog
Digitally remastered 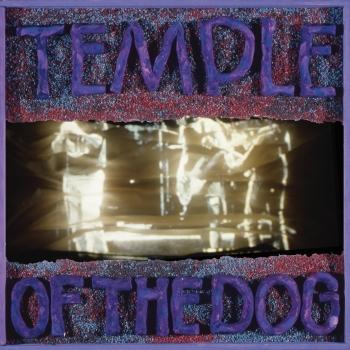 Temple Of The Dog 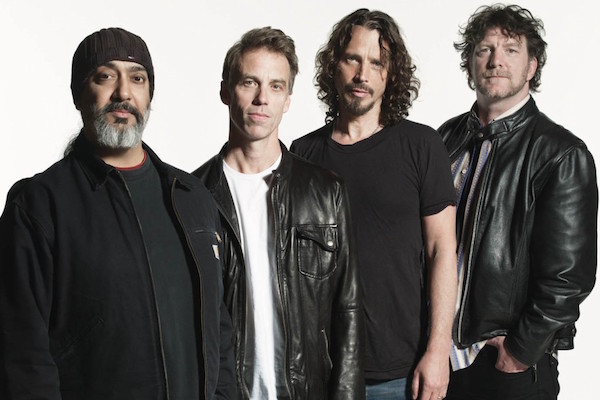 Temple of the Dog
the Seattle supergroup featuring Soundgarden’s Chris Cornell, Pearl Jam’s Jeff Ament, Stone Gossard, and Mike McCready, and drummer Matt Cameron (who plays drums with both Soundgarden and Pearl Jam) — has reunited and will tour for the first time ever since forming in 1990.
The tour marks the 25th anniversary of the release of Temple of the Dog’s first and only album, a self-titled set that was released by A&M Records on April 16th, 1991. “We wanted to do the one thing we never got to do … play shows and see what it feels like to be the band that we walked away from 25 years ago,” Cornell says of the 2016 tour.
Temple of the Dog came together from the ashes of Mother Love Bone following the death from a drug overdose of its frontman Andrew Wood, Cornell’s close friend and roommate. Cornell wrote future TOTD songs “Say Hello 2 Heaven” and “Reach Down” to help process his grief, “but the songs didn’t have any destination,” he says. “I was compelled to write them and there they were – written in a vacuum as a tribute to Andy. My thought was that maybe I could record these songs with the remaining members of Mother Love Bone and that maybe we could release them as a tribute.”
Mother Love Bone’s Gossard and Ament began playing with McCready, and they brought in Soundgarden’s Cameron to drum on demos. Because this was a collaboration, and a tribute, there was no commercial expectation for the Temple of the Dog album. It would be, Gossard would later observe, “the easiest and most beautiful record that we’ve ever been involved with.” Adds Cornell: “Temple was about making an album simply for the joy of doing it. We weren’t concerned what anyone outside of our group of friends would think of it. It was the first and maybe only stress-free album that we all made.”
Gossard, Ament, and McCready were also simultaneously forming a new band, which more than six months later would be known as Pearl Jam. A singer from San Diego named Eddie Vedder, who was vying to lead the project, came into the studio to sing background vocals on three of the Temple songs. When Cornell thought another song, “Hunger Strike,” needed a duet, Vedder was enlisted. “Hunger Strike” became a hit single, peaking at No. 4 on Billboard’s Mainstream Rock Tracks chart.
Temple of the Dog performed live only a handful of times, most notably in Seattle, in November and December of 1990. Those shows have become some of the most legendary Seattle concerts of all-time. Their 2016 shows mark the first time the band has ever toured. (Cornell joined Pearl Jam in 2014 at the Bridge School show and for two nights at PJ20 in Alpine Valley, WI, and the Temple line-up played “Reach Down” and “Call Me a Dog” at Seattle’s Benaroya Hall in January 2015.)
“This is something no one has ever seen,” Cornell says of the official reunion. “We wanted to stop and recognize that we did this and pay homage.”