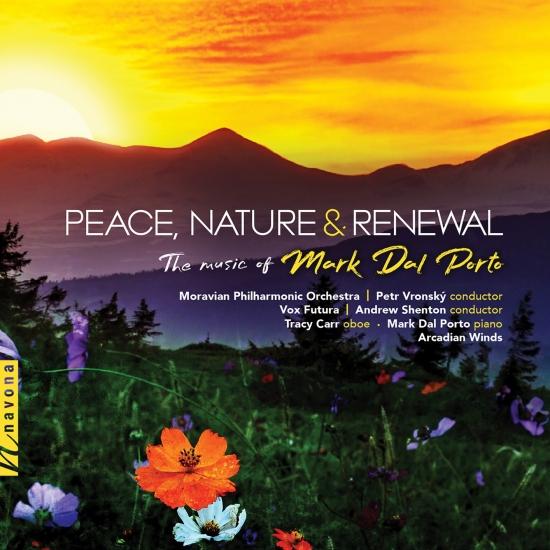 Composer Mark Dal Porto's award-winning, neo-Romantic Song of Eternity for Orchestra starts off The Music Of Mark Dal Porto in epic fashion. If Mahler and Prokofiev had collaborated on a composition, it would probably have sounded a lot like this: pensive, evocative, and nostalgic. Song of Eternity describes the eternal renewal of nature with cinematic impact. It is inspired by an ancient Chinese poem, as is the next piece, I Seek Rest for My Lonely Heart for A-Cappella Choir. This work continues the subject of nature, albeit in a more individualized fashion, capturing the sentiment of a distressed soul in search of peace in a pastoral setting.
But it isn't just Far Eastern poetry which Dal Porto sets to music. Western verse receives due attention as well, and it's quite a trip through the ages: Spring, the Sweet Spring is an enthusiastic anticipation of the end of winter, based on a poem by Elizabethan poet Thomas Nashe. On the other hand, German Romantic poet Clemens Brentano laid the conceptual groundwork for Dal Porto's musical adaptation When Your Song Rang Out to Me, an unbridled, joyful choir supported by a lively piano accompaniment.
Dal Porto strikes a more personal note with Romance for Oboe and Piano, dedicated to his beloved wife, oboist Tracy Carr. He also demonstrates considerable humor in his Exotic Animals Suite for Woodwind Quintet, depicting warbling birds, crawling reptiles, and growling big cats. The final piece, Mystic Mountain, evokes the sublime sensation of one overlooking a vast landscape after a breathtaking ascent to a mountaintop with an intensity that is both uncanny and awesome. Caspar David Friedrich's "Wanderer Above the Sea of Fog" immediately springs to mind, and indeed, if one were to liken the Romantic painting to an album The Music Of Mark Dal Porto would be it.
Moravian Philharmonic Orchestra
Petr Vronský, conductor
Vox Futura
Andrew Shenton, conductor
Tracy Carr, oboe
Mark Dal Porto, piano
Arcadian Winds 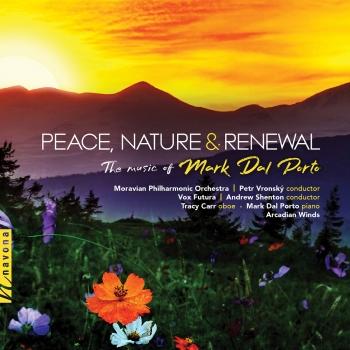 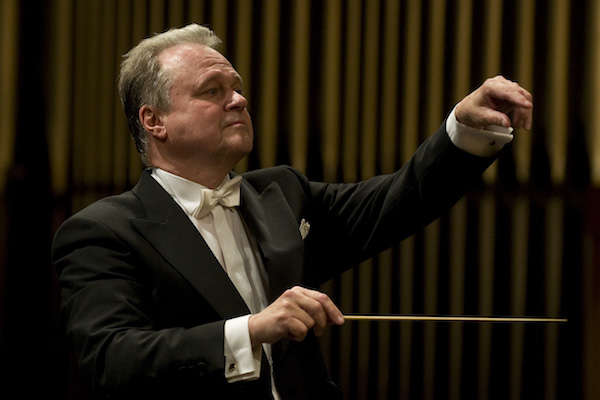