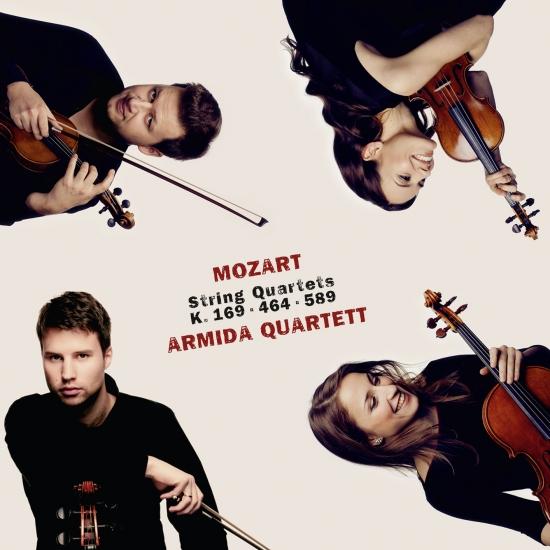 Every string quartet dreams of having its own Mozart cycle: for its 10th anniversary in 2016, the Armida Quartet plans to perform all 23 works in public. The composer was part of each one of their lives long before the ensemble was formed. Playing in orchestras, in chamber music and in solo recitals, the Armida Quartet’s future members already got to know and love Mozart.
In their complete Mozart series, the quartet will not be presenting the string quartets in chronological order. Instead, in each recital, they will place Mozart, the young Wunderkind, alongside the mature composer; the carefree creator alongside the brooding master. “We want to show how modern his thinking was for his time. Many people have a fixed image of Mozart in their minds, as a musician who painted an ideal world with beautiful melodies. But inside, he was burning, struggling, seeking”, as 2nd violinist Johanna Staemmler contends. Thus the Armida Quartet’s first Mozart CD features a selection of three works from different creative periods.
Martin Funda, violin
Johanna Staemmler, violin
Teresa Schwamm, viola
Peter-Philipp Staemmler, cello