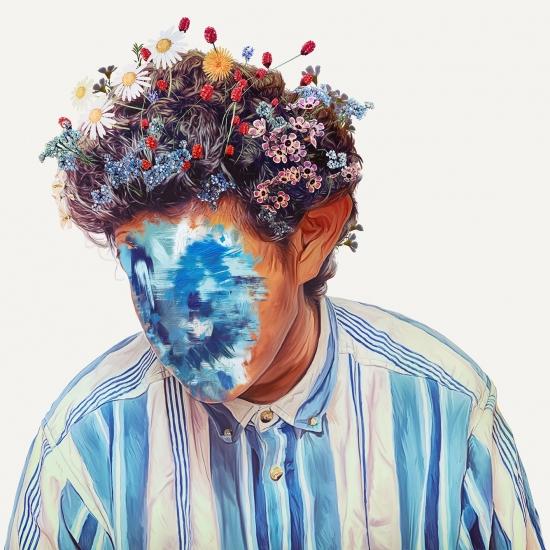 Info for The Fall of Hobo Johnson

The last album was called The Rise of Hobo Johnson, and it really lived up to its name. Self-produced, self-recorded, and originally self-released in late 2017, it powered a breakout year that most musicians can only dream of, beginning with the backyard performance of “Peach Scone” that brought Hobo Johnson (née Frank Lopes Jr.) YouTube viewers by the millions, and ending with a huge, intensely devoted fan base early, anticipating his next move.
When speaking on the album, Hobo said, “The new album is a mix of songs and poems I’ve had floating around in my head for the last few years. I’m really proud of it and hope that it makes everyone feel a little less alone and a little more like they want to stay alive.”
A gleefully schizophrenic mosaic of spirited horns, breathy melodies and off-the-cuff confessions, “Uglykid” immediately entices. In between caustically catchy choruses, his gutter poetry takes the spotlight on admissions such as “I’m an ugly kid, and you’re like a summer sunset in Stockholm. I’m like being stuck in fucking Bakersfield and walking home.”
The song arrives on the heels of last month’s single, “Typical Story.” Right out of the gate, the guitar-driven anthem racked up over 3.1 million cumulative streams and 2.3 million views of the music video. NPR dubbed it “a completely unhinged pool party for all the misfits who never get invited.”
In celebration of the album, Hobo embarks on The Fall Tour of Hobo, starting October 9th in Seattle, WA. The tour winds through the country and caps off with a hometown show in Sacramento on November 29th (full dates below). Get tickets HERE. In addition to the tour, Hobo will be performing at various festivals in the coming months including Lollapalooza, Reading Festival, Leeds Festival and Voodoo Festival.
Hobo Johnson’s clever distillation of multiple genres from hip-hop to rock to pop continues to captivate on stage and on record. Stay tuned for the new album and don’t miss Hobo Johnson live on the road this fall.
Hobo Johnson 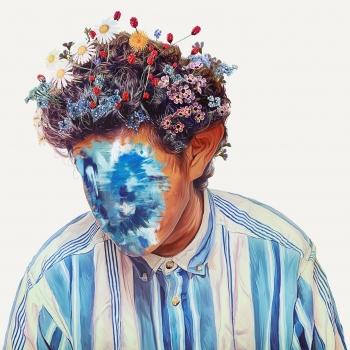 The Fall of Hobo Johnson 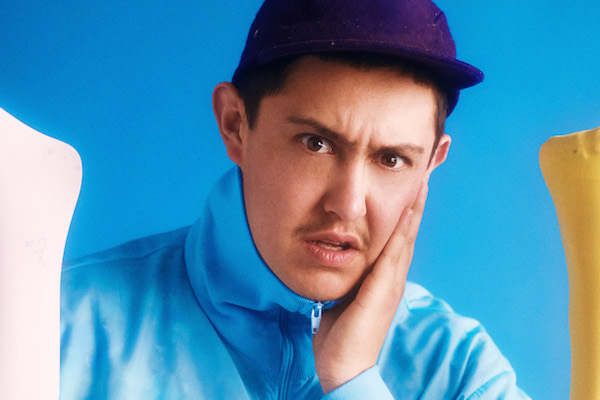 Hobo Johnson
Hailing from Sacramento, CA, artist Frank Lopes, who cultivated the moniker Hobo Johnson after being kicked out of his parents' house and left to live in his '94 Corolla, is propelling his way to the top. The half Azorean Portuguese, quarter Mexican and Native American vocalist built a grassroots following via viral homegrown style videos showcasing his singularity; an amalgamation of spoken word poetry, punk, folk and rap backed by his band The Lovemakers. Hobo’s momentum reached a tipping point after gaining feverish interest through his entry in NPR’s "Tiny Desk" Contest, which went viral (26 million streams to date) despite not winning. Bursting with unadulterated sincerity, his genre-defying sound feels akin to musical anomalies of the past and future. 2017 saw Hobo Johnson's self-released debut album, The Rise of Hobo Johnson, selling out shows everywhere and amassing over 98 million cumulative U.S. streams. Hobo Johnson's impact only continues to grow with the coming of his sophomore album, The Fall if Hobo Johnson, and lead single "Typical Story."