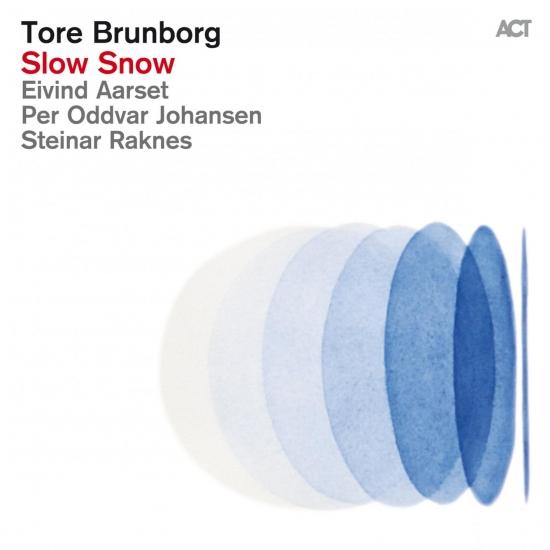 On a per-capita basis, no other country in the world spawns more top-class jazz musicians than Norway. Jan Garbarek is the guiding star, but it was also the second generation born in the 60s that helped 'Nordic Jazz' to global notoriety: Nils Petter Molvær, Bugge Wesseltoft, Geir Lysne, Eivind Aarset and saxophonist Tore Brunborg. Although highly respected in the Norwegian jazz scene, Brunborg has until now been known internationally as a sideman, however this year, the 54 year-old brings out his own international release, his ACT debut 'Slow Snow'.
The fact that he has not stepped into the limelight until now may be due to Brunborg's unassuming and halcyon character. He grew up in the introspective and placid Voss, a town of 7000 inhabitants on the banks of Lake Vangsvatnet just north of the city of Bergen, surrounded by mountains, forests and waterfalls. Brunborg discovered his passion for music, the saxophone and jazz at an early age. At 19 he joined the Knut Kristiansen / Per Jørgensen Quintet in Bergen and a year later he was accepted into the Trondheim Conservatorium, already considered a European counterpart to the American Berklee College of Music in Boston, and, alongside Oslo, the talent foundry of Norwegian jazz. From 1982 onwards, Brunborg played in his own trio and quartet, but most of all as sideman to virtually all the important jazz musicians in the country, from Arild Andersen and Jon Christensen to Jon Balke and Nils Petter Molvær, to Geir Lysne's Listening Ensemble and Tord Gustavsen, and then ultimately with international stars such as Billy Cobham, Pat Metheny and Manu Katché.
Manu Katché, who likes to seek out new influences and frequently changes the members of his bands, has held on tight to Brunborg for many years, and recently explained why, 'For a start he is a fantastic, modest guy, who makes it easy to work or tour with him. But the musical reason is even more important than that. Tore blushes when I say this to him, but it's the truth: When he plays, it always sounds just the way I imagined it while composing. If I had to define what my melodic ideas, my sound-imaginations for brass, if you will, look like, I would always say: Listen to Tore. I can't explain it, he just does it.'
And the admiration for Brunborg goes further than Manu Katché, in 2012 he was honoured with the 'Buddyprisen', Norway's most prestigious jazz award. Brunborg now proves his worth one yet again on 'Slow Snow', an album that exclusively showcases his own compositions. It is characterised by the interweaving of closeness and distance, relaxation and compaction, eccentricity and simplicity, of electronic and natural sounds. Especially the contrast between the entirely reduced, almost gnarly bass rhythms and motifs and the warm and lyrical saxophone lines that lend pieces like 'History' and 'Tree Strong, Tall Swaying, Swinging, Sighing' (a title that borders on an allegorical description of the song's contents) an inspired, powerful flow that grabs you and doesn't let go. Brunborg selected his fellow campaigners for the record carefully: on the drums the 46 year-old Per Oddvar Johansen, a five-time winner of the 'Spellemannprisen' (the Norwegian Grammy), who has also demonstrated his fondness of subtle power with Trygve Seim, The Source and Solveig Slettahjell; on bass Steinar Raknes, one of the most highly talented youngsters around, who has already performed together with US stars the likes of Chick Corea, Michael Brecker and Bobby McFerrin; and last but not least, Eivind Aarset, one of the most renowned Norwegian guitar experimenters for many years now, who contributes a multitude of fascinating sounds, some of them electronic, to 'Slow Snow'.
As was to be expected from team-player Tore Brunborg, these four are about as close as it gets. A true band with genuine, deeply felt music is what you get here. And quite by the by, Brunborg shows something on 'Slow Snow' that many of his colleagues knew but audiences were not yet aware of, right from the start on 'Shelter', that he is an outstanding melodic composer and a pianist of masterful touch.
It is high time you discover one of the unsung heroes of Nordic Jazz: Tore Brunborg.
Tore Brunborg, tenor saxophone, piano
Eivind Aarset, guitars, electronics
Steinar Raknes, double bass
Per Oddvar Johansen, drums, electronics
Recorded January 3 - 5, 2014 by Jan Erik Kongshaug at Rainbow Studio, Oslo, Norway
Mixed and mastered by Ulf Holand at Holand Sound, Oslo, Norway
Produced by Tore Brunborg 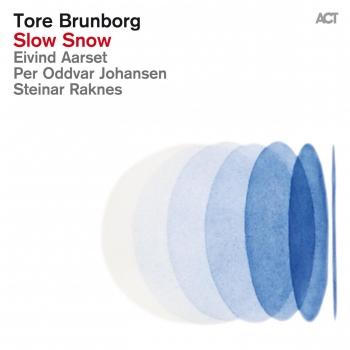 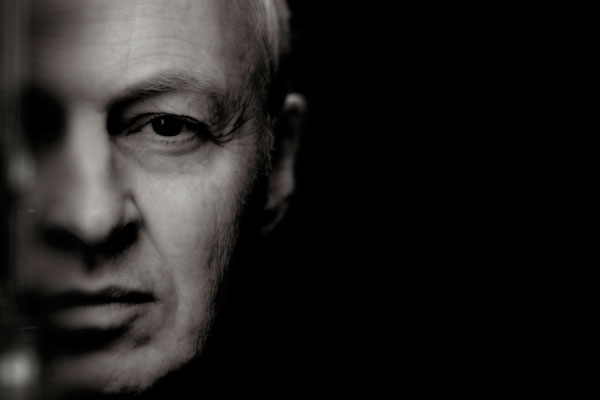 Tore Brunborg
is undoubtedly one of the most important Norwegian saxophonists in the generation that followed Jan Garbarek. He had his breakthrough in the 1980s with the group Masqualero, which also featured Nils Petter Molvær, Arild Andersen and Jon Christensen. Since then, Brunborg has worked with artists as different and distinct in their approaches as Danish bassist-composer Bo Stief, Italian pianist Rita Marcotulli, Norwegian pianist-composer Jon Balke, drummer Billy Cobham, Manu Katche, Tord Gustavsen and master bassists Anders Jormin and Lars Danielsson. Brunborg has also led an outstanding trio with Anders Jormin and drummer Benita Haastrup, as well as his own Tore Brunborg Project again with Anders Jormin on bass, keyboard virtuoso Bugge Wesseltoft and drummer Jon Christensen. As well as playing saxophone with Meadow, Tore Brunborg has composed the majority of the group’s tunes for this session.