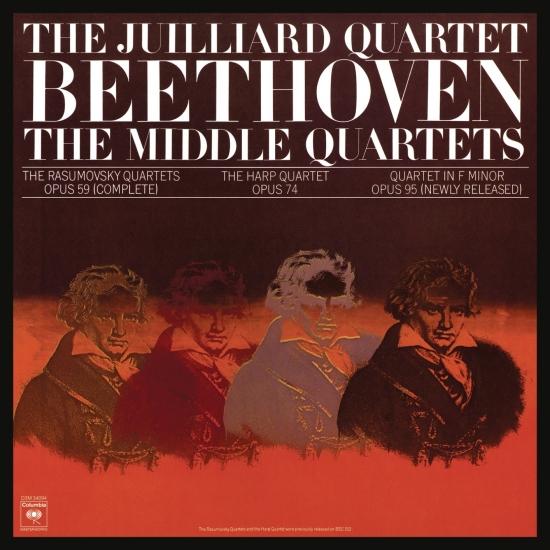 It was in 1964 – a few years after an early foray into Beethoven with four of the works for RCA Victor’s Red Seal label – that the Juilliard String Quartet embarked on this complete set. They started out with the three “Razumovsky” and “Harp” quartets, which Columbia released the next year on its subsidiary Epic label. The six “Early Quartets”, op. 18, followed in 1968–69; the “Late Quartets” in 1969–70, along with op. 95 to complete the set of “Middle Quartets”. By now all the Juilliard recordings were appearing on Columbia Masterworks, including their Beethoven in three separate volumes. ....
America’s greatest and most enduring chamber ensemble – the Grammyâ Award-winning Juilliard String Quartet – celebrates its eighth decade with the release of a new Sony Classical recording of music from three centuries by Ludwig van Beethoven, Béla Bartók and Argentinian-American composer Mario Davidovsky.
This is the set of Beethoven Quartet recordings the Juilliard Quartet made in the 60s. The quartet's line-up a the time was Robert Mann and Earl Carlyss, violins; Raphael Hillyer, viola; Claus Adam, cello. (Exceptions: Isidore Cohen was still second violin for the recordings of the Op. 59 quartets and Op. 74; Samuel Rhodes had replaced Hilyer at viola by the time some of the late quartets were recorded.)
Juilliard String Quartet
Digitally remastered 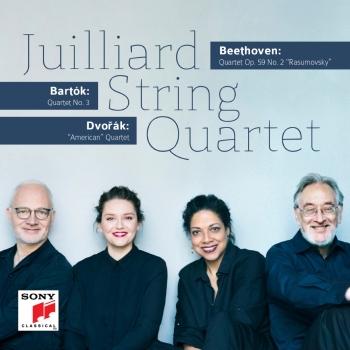