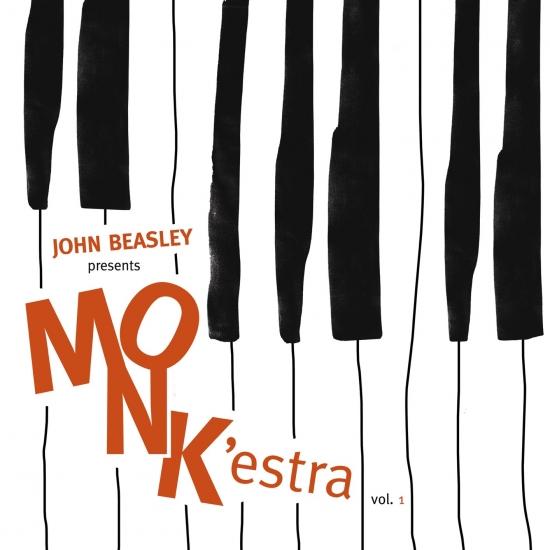 GRAMMY®- and Emmy-nominated recording artist John Beasley leads a smashing big band project MONK’estra. The feel and sound of MONK’estra captures the spirit of Thelonious Monk’s singular style with its off-beat melodies, humor, strange beauty and unbounded swing in fresh arrangements flavored with hints of New Orleans, hip-hop, Afro-Cuban, contemporary and atmospheric rhythms and colors.
“Some of the most mesmerizing big band music of recent memory.”
Thelonious Monk is a Mount Rushmore figure in the creation of modern jazz. As the centennial of his birth rapidly approaches, Beasley—pianist, conductor and arranger—has grappled with the complex composer’s legacy with his versatile big band riffing on the wit and unmistakable architecture of the Monk songbook with irrepressible energy and swinging abandon on MONK’estra, Volume 1.
The sound and the feel of MONK’estra is inspired by the spirit of Thelonious Monk which is about swing, feel, experimenting, and modern contemporary harmony. Undeniably, I have been transfixed and transformed by Monk. As a teen, I would stare at his album covers, read every word written in the liner notes, because I felt that there were so many layers and layers of messages he was trying to communicate in his genius, music, art, words, and non-words. He showed us how to be free, courageous, experimental, and non-judgmental. Palms together and deep bow to you, my teacher, Thelonious Monk.’ – John Beasley
John Beasley, piano, synthesizer, arranger, conductor John Beasley Big Band 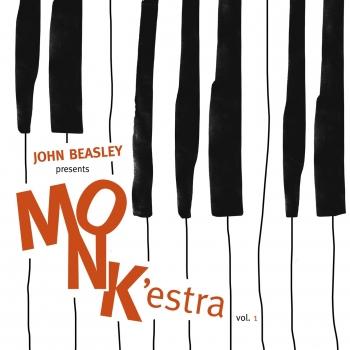 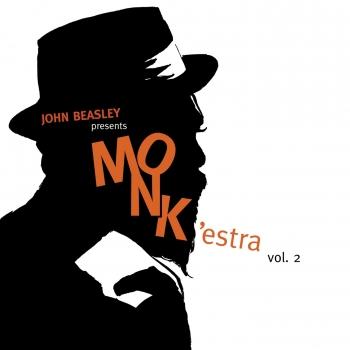 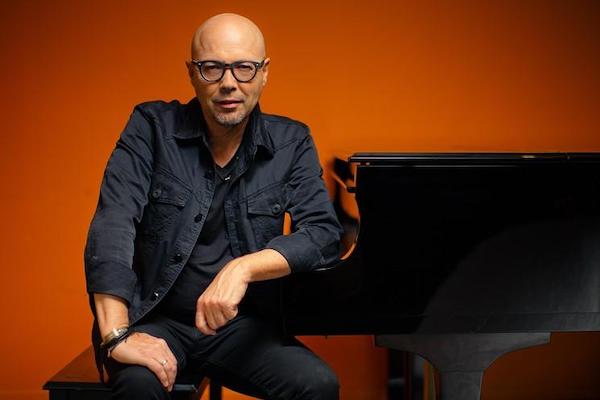 John Beasley
Pianist, composer, arranger: John Beasley’s career brims with accomplishments that bridge musical and visual media. An uncommonly versatile pianist, he has backed such jazz icons as Miles Davis and Freddie Hubbard – playing in the bands of both these trumpet greats while still in his 20s – as well as with Dianne Reeves, Steely Dan, Chaka Khan, Carly Simon, Christian McBride (and even, for one night, with James Brown). His extensive work as a composer-arranger extends way beyond jazz, with many credits in television and film– including a host of movies scored by multiple Oscar nominee Thomas Newman – that have earned him five GRAMMY® nominations and an Emmy nod along the way.
The son of a professional bassoonist, Beasley started writing his own arrangements while still in junior high school. These caught the attention of Jimmy Lyons, founder of the Monterey Jazz Festival, who recommended him for a scholarship at the Stan Kenton summer jazz camp. During high school, he was hired to arrange for theatre productions and recordings while playing with older jazz musicians.
At 19, he formed bands with Vinnie Colauita, John Patitucci, Rickey Minor and started touring internationally with artists in the jazz and pop-music world, including Sergio Mendes, DJ Jazzy Jeff (Will Smith), Jackson 5, until he joined Freddie Hubbard’s band.
Living in Hollywood, at age 21, Beasley started composing for award-winning television programs such as Cheers, Fame, Family Ties, and the series premiere of Star Trek: The Next Generation. Through his three-decade association with Thomas Newman, he has contributed to such films as Spectre and Skyfall (both starring Daniel Craig as James Bond), The Shawshank Redemption, The Best Exotic Marigold Hotel (I & II), Finding Nemo, Finding Dory and Wall-E.
When reality singing TV competitions started, Beasley was an associate musical director in 2005, when he helped usher Carrie Underwood to victory, then stayed on as lead arranger for 10 years. He stepped up to the role of musical director for several other TV singing shows, including Duets, Sing Your Face Off, and the Sports Illustrated 50th Anniversary special.
In 1992 Beasley released Cauldron, the first of eleven recordings under his name (produced by Steely Dan’s Walter Becker), and he received his first GRAMMY nomination for the 2009 album Positootly! His two most recent releases, MONK’estra Vol.1 and MONK’estra Vol.2, each earned two GRAMMY nominations for Best Large Jazz Ensemble and Best Arranging.
Beasley has served as musical director for the Herbie Hancock Jazz Institute (formerly The Thelonious Monk Institute)’s annual gala concerts since 2011, guiding legends as well as the next generation of jazz greats through all-star tributes to Quincy Jones, Bill Clinton, George Duke, and Aretha Franklin. Since UNESCO’s inauguration of International Jazz Day in 2012, Beasley has also directed the organization’s annual concerts which have been broadcast globally from Cuba, St Petersburg, Paris, Istanbul, Osaka, and the notable 2016 concert at the White House, hosted by President Obama and First Lady Michelle Obama which earned Beasley his Emmy nomination. This next Jazz Day concerts will be held in Australia and South Africa.
Beasley seamlessly shapes each concert starring 30+ global jazz and pop all-stars, including Sting, Aretha Franklin, Wayne Shorter, Herbie Hancock, Robert Glasper, Dee Dee Bridgewater, Jamie Cullum, Ivan Lins, Youn Sun Nah, Dhafer Youssef, Joey Alexander.
Beasley wears enough hats to qualify as a haberdasher’s dream. In addition to all of the above, he has co-produced albums by legendary guitarist Lee Ritenour, oft-awarded vocalist Dianne Reeves, and former Weather Report drummer Peter Erskine, whose Dr.Um received a 2017 GRAMMY nomination. For two seasons, Beasley directed the Toyota Symphonies for Youth’s “Jazz and the Orchestra” for the Los Angeles Philharmonic. His worldwide tour with his band MONK’estra continues to perform in major stages, festivals and clubs throughout the world, including: North Sea, Detroit, Playboy, Java, Berlin, Wellington jazz festivals; Ronnie Scotts, Blue Note Tokyo, Walt Disney Hall, Dizzy’s, SFJAZZ, San Diego Symphony, Broad Stage, SOKA, with conducting orchestras in Brussels, Germany, Latvia, US and Sweden.