All This Life (Deluxe) Starsailor 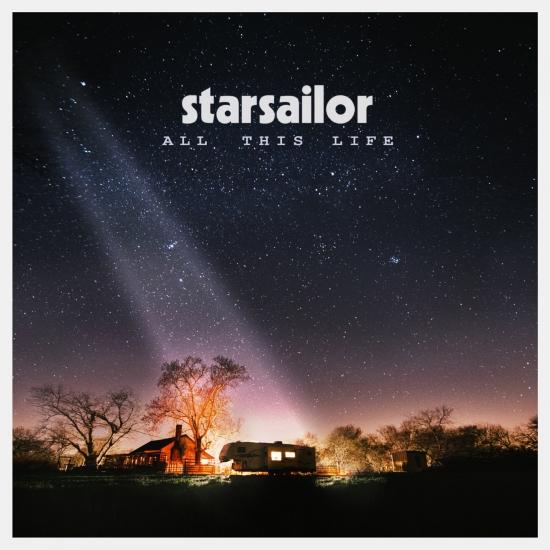 Info for All This Life (Deluxe)

Starsailor has announced the release of the digital deluxe edition of their latest album "All This Life". All This Life is Starsailor’s first album since 2009 and their highest chart placing for 12 years. The album has been greeted with rave reviews and is their fifth consecutive Top 30 studio album seeing the band re-energized and on outstanding form.
"The fifth studio album from Britain's Starsailor, 2017's All This Life is a sophisticated, organically produced album that nicely balances the expansive lyricism of their early albums with the robust stadium rock they embraced during the mid- and late 2000s. Still centered on the passionate warble of lead singer/songwriter James Walsh, Starsailor are a band caught somewhat out of time. Influenced by a combination of classic rock acts like the Beatles and Pink Floyd, they also draw easy comparisons to contemporary artists like Jeff Buckley, Radiohead, and Coldplay. Bursting onto the scene in 2000, they appeared just after the hype over Brit-pop bands like Oasis and Blur had begun to dissipate. After the release of the highly anticipated Phil Spector collaboration Silence Is Easy, the excitement surrounding the band cooled and Starsailor were left to move forward in a more discreet fashion, and in the process, develop their songwriting skills and studio savvy. Produced by Embrace guitarist Richard McNamara, All This Life is Starsailor's first full-length album of new material since 2009's All the Plans. The extended hiatus seems to have worked for them, as they've come up with what is easily their most mature and balanced production to date. Cuts like the dynamic "Listen to Your Heart," with its orchestral flourishes, and the moody folk-rocker "All This Life," with its echoey piano accents and hooky, effusively delivered chorus, grab you from the start and beg for future spins. There's also a deft level of stylistic growth here on tracks like the Bowie-esque "Take a Little Time" and the steamy '70s soul number "Caught in the Middle." Of course, they still know how to write a yearning ballad, and here we get one of their best in the dusk-toned "Sunday Best." Built around a delicately articulated acoustic guitar pattern and marked by Walsh's sanguine, potent yawp, the evocative heart-wrencher builds slowly to a spiraling, Floyd-worthy ending complete with a female backing chorus and a storm of guitar atmospherics. All that and you're still only halfway through the album. Thankfully, the back half is just as compelling, full of impactful rock anthems like the gospel-inflected "Blood" and the organ-steeped, Rattle and Hum era U2-sounding "Best of Me." Ultimately, Starsailor have been around long enough to earn veteran rocker status and All This Life, with its perfect balance of emotional gravitas and buoyant lyricism, is an album worthy of that status."
Starsailor 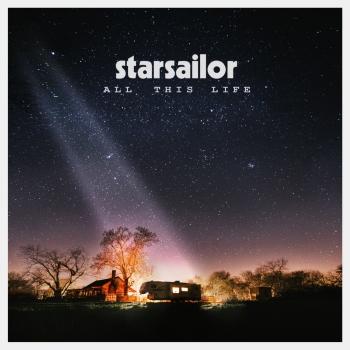 All This Life (Deluxe) 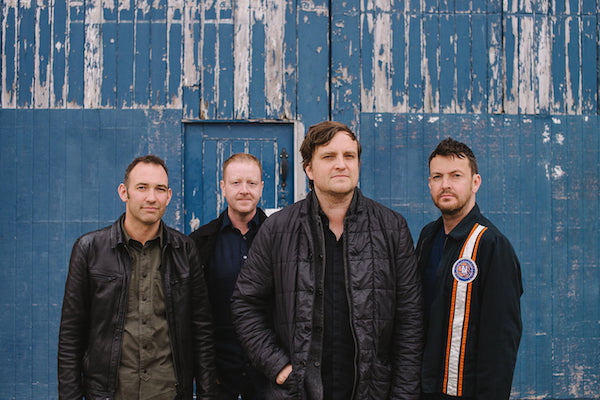 Starsailor
burst onto the scene in 2001 when their single Fever earned them the title of "Britain's best new band". The band was formed at Wigan and Leigh Music College by music students James Walsh (vocals/guitar), James Stelfox (bass), and Ben Byrne (drums). Later saw the arrival of keyboardist Barry Westhead, who cemented their sound. In April 2000, after seeing their first London show (at the Heavenly Social) the NME wrote: "One live encounter was enough to convince many sceptics that here was a band who were genuinely special, blessed with a singer whose voice thrummed like an emotional telegraph wire, that swerved the pitfalls of indie melancholia and were clearly in love with rock 'n' roll and all its possibilities."
Their second single, Good Souls, reached the Top 20, and Alcoholic earned the band their first UK Top 10 hit. Their album Love Is Here reached Number Two in the UK Album Charts in October 2001, after receiving great critical acclaim. The year ended with the band winning the "Brightest New Hope" award at the NME Awards. “The whole thing was amazing”, laughs Walsh. “It was like being catapulted into a world of madness. There was no preparation for it at all”. Phil Spector was originally appointed to produce the band's second album, Silence Is Easy. The resulting recording sessions at London's Abbey Road were short-lived. Their collaboration proved to be frustrating, with Spector and the band butting heads on several issues. Only two tracks made the album, Silence Is Easy and White Dove. Starsailor co-produced seven of the other tracks with former Elbow and Doves producer, Danton Supple. John Leckie (The Stone Roses & Radiohead) also produced Shark Food. Silence Is Easy reached Number Two in the UK Album Chart and soon went Gold.
The third single from the album, Four to the Floor, was remixed by Thin White Duke, and became a popular club hit, reaching Number One in France. Walsh wanted the track to become the band's I Am the Resurrection, something to be played in "indie discos everywhere". The resulting tour saw them joined by Mark Collins, from The Charlatans, playing additional and lead guitar. The group relocated to Los Angeles to record their third album, On the Outside, with producer Rob Schnapf. The sound was different from the previous two releases; it was far heavier than its predecessors, and aimed to capture their live sound. “This release proves the band are still capable of well crafted, affecting songs. Counterfeit Life, for example, rails against materialism with commendable disdain as singer James Walsh denounces corporate glory above a distorted guitar riff.” Jack Smith (BBC online).
All The Plans saw Ronnie Wood from The Rolling Stones joining the band on the title track. Their fourth album debuted at Number 26 in the UK Album Charts in March 2009 amidst favourable reviews. Dave Simpson (The Guardian) wrote: “These are epic songs full of delicate strokes, Waterboys guitars and heartfelt passion. Writing about loves lost and lessons learned seems to have given singer/songwriter James Walsh real drive and focus. The songs have hooks big enough to land fish on”.
After a five-year hiatus, the band reformed in 2014, enjoying triumphant festival performances at the Isle of Wight Festival (UK), Pentaport (Korea), Rock Zottegem (Belgium) to name a few. 2015 saw them tour the UK, Europe, China, Korea, and a co-headline tour of the US and Canada with Embrace.
Their return was swiftly followed by the release of their biggest hits through ‘Good Souls: The Greatest Hits’ in 2015 which included two brand new tracks ‘Give Up the Ghost’ and ‘Hold On’.