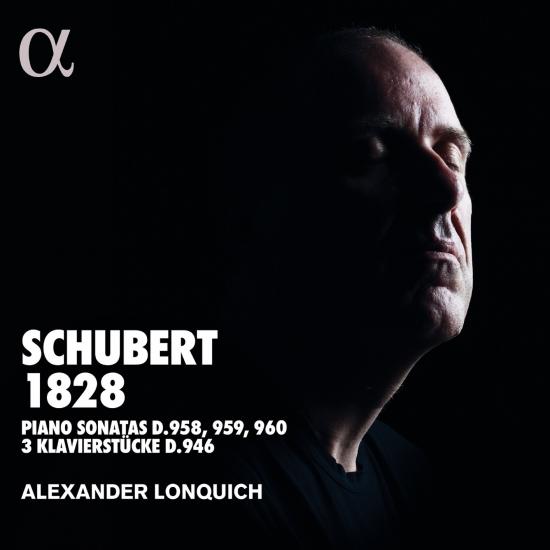 Alexander Lonquich has his own special place in the world of the piano: this German pianist, who made his home in Italy, has enjoyed an untypical career. A disciple of Paul Badura-Skoda, he is highly respected by many conductors and instrumental artists, such as Philippe Herreweghe, Nicolas Altstaedt and Christian Tetzlaff, with all of who he collaborates on a regular basis. Navigating his way between the modern and the early piano, he takes the time needed to allow programmes to properly mature, working on them and thinking them over for several years. Such was also the case for this recording, carefully made on a modern Steinway piano, and we have genuinely fallen in love with it. As Alexander Lonquich’s accompanying notes to the CD testify, the artist has intensively reflected on and lived with the music of Schubert before recording it.
The year of Schubert’s death, which took place on 19* November 1828, was marked - particularly from its spring- time - by an extraordinary burst of artistic creativity, produced at a frenetic working pace. It was during this period that he composed the three last piano sonatas and the three Klavierstücke that make up this programme.
Alexander Lonquich, piano 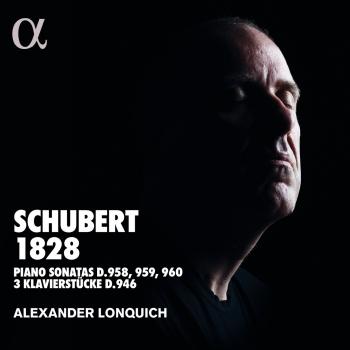 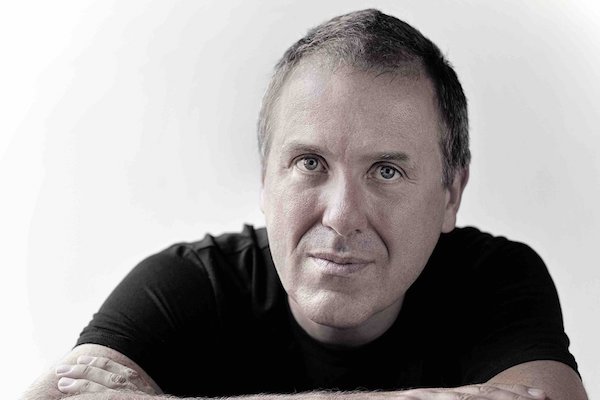 Alexander Lonquich
performs worldwide in Japan, United States, Australia as well as at the most important European music centres. He is regular guest of prestigious Festivals, such as Salzburg Festival, “Mozartwoche Salzburg”, Piano-Festival Ruhr, Schleswig-Holstein Festival, Lucerne Festival, Cheltenham Festival, Edinburgh Festival, Kissinger Sommer, Schubertiade Schwarzenberg, Lockenhaus, Beethoven Festival in Bonn and Warsaw, a. o. He played under the baton of Claudio Abbado, Yuri Bashmet, Philippe Herreweghe, Heinz Holliger, Ton Koopman, Emmanuel Krivine, Mark Minkowski, Kurt Sanderling, Sándor Végh a.o.
Alexander Lonquich’s performances as soloist & conductor are hailed by the international media and audiences. He regularly appears with the Camerata Salzburg, the Mahler Chamber Orchestra, the Orchestra da Camera di Mantova, Münchener Kammerorchester, the Basel Chamber Orchestra, the Deutsche Kammerphilharmonie Bremen, the Stuttgart Chamber, the hr Symphony Orchestra Frankfurt and others.
Lonquich has been most successfully soloist of the Vienna Philharmonic, the Royal Philharmonic Orchestra, the Tonhalle Orchestra Zurich, Orchestre Philharmonique du Luxembourg, the Düsseldorf Symphonic Orchestra, the Czech Philharmonic Orchestra, the Hungarian National Philharmonic Orchestra, Slovenian Philharmonic, to name a few. He is also profoundly committed to chamber music and plays with partners such as Nicolas Altstaedt, Vilde Frang, Nils Mönkemeyer, Joshua Bell, Renaud and Gautier Capuçons, Veronika Hagen, Heinz Holliger, Steven Isserlis, Leonidas Kavakos, Isabelle van Keulen, Sabine Meyer, Heinrich Schiff, Christian Tetzlaff, Carolin Widmann, Jörg Widmann, Tabea Zimmermann, the Auryn Quartet, the Carmina Quartett, to name a few.
His recordings with oeuvres of Mozart and Schubert for EMI received outstanding reviews and were awarded with prizes, such as „Diapason d’Or“ in France, „Premio Abbiati“ in Italy and „Premio Edison“ in Holland.
Various CDs have been released by ECM RECORDS, among other “Plainte Calme” featuring French composers and recently featuring Schumann (Kreisleriana) and Heinz Holliger (Partita, as well as a CD together with the violinist Carolin Widmann dedicated to F. Schubert.
The most important projects in the past season were spectacular concerts at the Salzburg Summer Festival as Soloist and Conductor of the Mozarteum Orchestra Salzburg, Beethoven Cycles with the violinist Christian Tetzlaff, various successful tours with the Camerata Salzburg trough Germany, Spain, Italy and Switzerland, stupendous performances with the Orchestra da Camera di Mantova in the whole of Europe, tours with the Orchestre des Champs-Elysées and the Mahler Chamber Orchestra.
Highlights of the season 2015/2016 will be his Residency at the NDR Symphony Orchestra, a US-Tour with Nicolas Altstaedt, a tour through Spain with Orquesta Sinfónica de Euskadi as well as a cycle of Beethoven‘s 5 concertos for piano with the Munich Chamber Orchestra. In 2016, his new CD recording of Schumann’s concert pieces with Heinz Holliger and the WDR Symphony Orchestra will be released.
Born in Trier (Germany) Alexander Lonquich studied with Astrid Schmidt-Neuhaus, Paul Badura-Skoda, Andreji Jasinski and Ilonka Deckers and started his international career winning the First Prize at the International Piano Competition „Antonio Casagrande“ in Terni, Italy at the age of sixteen.