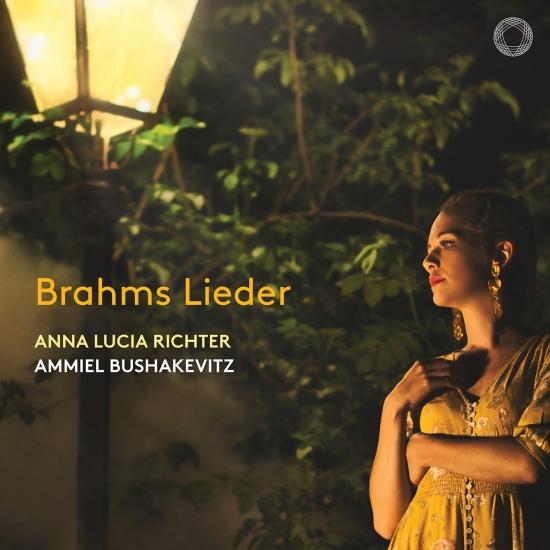 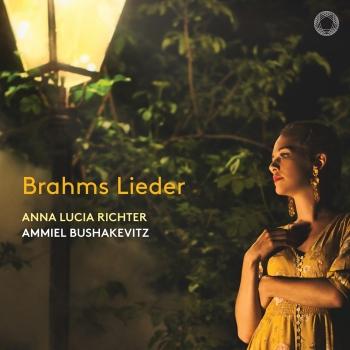 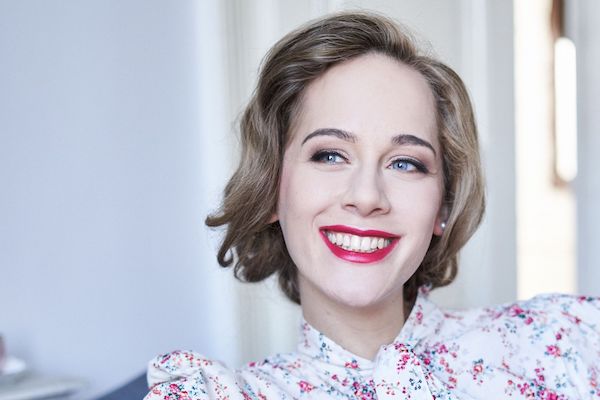 Anna Lucia Richter
comes from a large family of musicians. A long-time member of the girls' choir at Cologne Cathedral, she received singing lessons from her mother Regina Dohmen from the age of nine. She was subsequently trained by Prof. Kurt Widmer in Basel and completed her singing studies with distinction with Prof. Klesie Kelly-Moog at the Cologne Academy of Music. She received further inspiration from Christoph Prégardien, Edith Wiens and Margreet Honig. In spring 2020, the artist initiated a change of subject to mezzo-soprano under the guidance of vocal expert Prof. Tamar Rachum, who still mentors her and is now her authoritative teacher. An important step that opened up new opportunities for the artist worldwide. In March 2021, for example, she gave a short-term guest performance of Mahler's Wunderhorn Lieder under the baton of Ádám Fischer in Düsseldorf, and in 2022 she interpreted the alto part of Mahler's Second Symphony with the Bamberg Symphony Orchestra under Jacob Hrusa in Bamberg, Vienna and Baden-Baden.
She also made the switch to opera: in the summer of 2021 she was a guest at the Salzburg Festival and sang Zerlina in Mozart's Don Giovanni under Teodor Currentzis. At the Cologne Opera in December 2021, under the baton of F.X. Roth, she will make her debut as Hänsel in Humperdinck's Hänsel und Gretel. Offenbach's La Perichole at the Theater an der Wien and a new production of Handel's Giulio Cesare (Sesto) in Cologne are scheduled for 2022/23.
There are also great concert projects in the 2022/2023 season: Schumann's Paradise and the Peri with the Gewandhaus Orchestra under Ph. Herreweghe in Leipzig, Ravel's Sheherazade under Alexander Liebreich for the first time in Valencia, Mozart arias with the Tokyo Metropolitan Orchestra under Elias Grandy in Tokyo as well as Bach's St Matthew Passion with the Vienna Philharmonic under Fr. Welser-Moest and later Beethoven's Mass in C major with the Vienna Chamber Orchestra under Emmanuel Tjeknavorian in Vienna.
Anna Lucia Richter has recently worked frequently with Teodor Currentzis and MusicAeterna, including concert performances of Mozart's La Clemenza di Tito, with the London Symphony Orchestra and Bernard Haitink, Giardino Armonico and Giovanni Antonini, the Orchestre de Paris and Thomas Hengelbrock, and the Budapest Festival Orchestra under Iván Fischer. With these ensembles, she has also made repeated guest appearances at major festivals such as the Lucerne Festival, the BBC Proms in London, the Schleswig-Holstein Music Festival or as 'Artist in Residence' at the Rheingau Music Festival 2018 as well as the Kölner Philharmonie 2018/19.
The artist has received numerous awards, including the prestigious Borletti- Buitoni Trust Award.
In the Lied repertoire, Anna Lucia Richter has appeared in all the major Lied centres, including the Schubertiade Schwarzenberg, the Schubertiada Vilabertran, the Rheingau Musik Festival, the Heidelberger Frühling, New York's Park Avenue Armory, Carnegie Hall or Wigmore Hall London. The focus of the 2022/23 season will be the project 'Licht!' (concerts with songs from Oswald von Wolkenstein to Weill plus a master class), funded by the German Music Council and Neustart Kultur, which she developed together with the pianist Ammiel Bushakevitz and will be performed in Frankfurt, Nuremberg, Cologne and Stuttgart, among other places. Further recitals will take place in Basel, London and Tokyo (the latter together with Till Fellner), among others. Her new CD with songs by J. Brahms will be released on the PENTATONE label in September 2022.