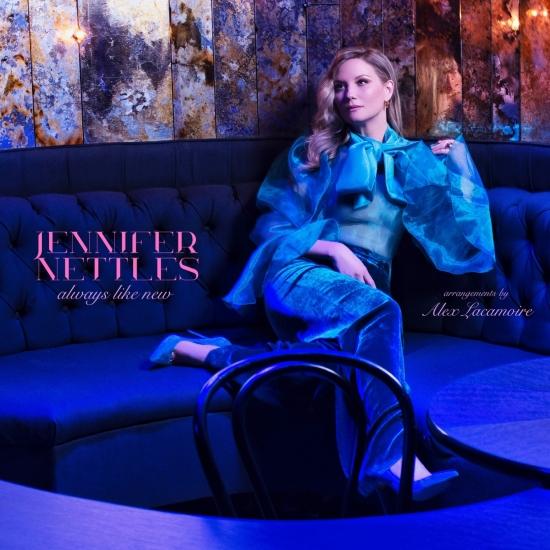 Multi-GRAMMY® Award winner Jennifer Nettles will expand her musical versatility with a much-anticipated genre defying new album of American Songbook classics, titled Always Like New from Concord Records.
For this project, Nettles teamed up with GRAMMY® and Tony® Award-winning orchestrator Alex Lacamoire, best known for his work on Broadway’s critically acclaimed shows Hamilton, Dear Evan Hansen, and In the Heights, to reimagine, arrange and produce some of the most beloved songs from the stage, infusing each with her signature sound and giving these timeless works of art a new context and meaning in our current landscape.
Nettles shared, "As a child who grew up in musical theatre, this album feels like a homecoming to me. I savored every note of singing and arranging these songs with Alex Lacamoire. It is thrilling to be able to celebrate this amazing songwriting with arrangements and vocals that allow them to be rediscovered anew.”
The album, executive produced by Adam Zotovich (Dear Evan Hansen, The Color Purple, An American in Paris), spans classics from “Oh, What a Beautiful Mornin’” (Oklahoma) and “Wouldn’t It Be Loverly” (My Fair Lady) to contemporary favorites including “You Will Be Found” (Dear Evan Hansen), “Wait for It” (Hamilton) and “It All Fades Away” featuring Brandi Carlile (The Bridges of Madison County). Always Like New’s first single “Sit Down, You’re Rockin’ The Boat” is available today and features Nettles’ soaring vocals in a jazzy up-tempo version of the Guys and Dolls classic.
“Great songs take life with great singers. On occasion these songs can soar to places unimaginable in the voice of an inspired interpreter,” says Concord’s Paul Kremen. “Jennifer Nettles proves to be this kind of otherworldly vocalist, not once, but repeatedly on her selections from the American Song Book. Woven into each of these recordings are demonstrable emotional stimuli....the resulting sympathetic vibrations of one’s heartstrings might prove the salve our times appear to demand of us.”
Jennifer Nettles 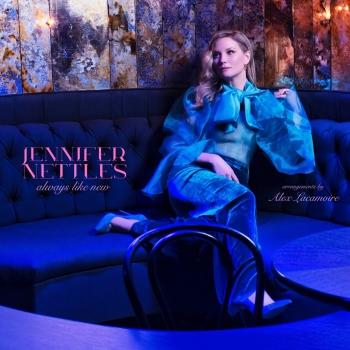 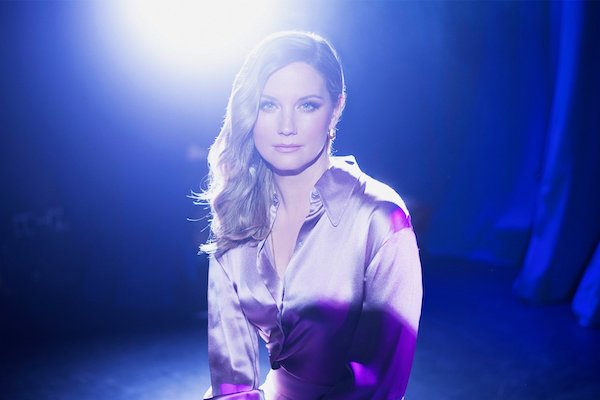 Jennifer Nettles
Singer and songwriter Jennifer Nettles is best known as half of the successful country-pop duo Sugarland with Kristian Bush. Following early work in the '90s, Nettles gained widespread acclaim with Sugarland, winning three Grammy Awards, two of which were for the song "Stay" off 2006's Enjoy the Ride. On her own, she has issued several highly regarded solo albums, including 2014's That Girl and 2016's Playing with Fire, all of which showcase her mix of earthy country, R&B, and pop.
Born in Georgia in 1974, Nettles began singing in earnest at age four. As a teen she played in local bands; her influences ranged from gospel and pop to classic rock and even grunge. Nettles began her recording career as part of another duo, Soul Miner's Daughter, with songwriter Cory Jones. The pair recorded two albums: 1996's The Sacred and Profane and 1998's Hallelujah. They received widespread critical notice and their albums sold respectably. They played some major festival dates, including 1999's Lilith Fair. After the band broke up, Nettles created her own band and recorded three solo albums: 2000's Story of Your Bones and 2002's Gravity: Drag Me Down and Rewind. The Jennifer Nettles Band's recordings received major market airplay, and at the debut Independent Music Awards, she received the award for Independent Artist of the Year.
In 2003, she co-founded Sugarland with Bush and songwriter Kristen Hall; the latter left after the group's 2004 debut album Twice the Speed of Life. After five studio albums and one live recording with Sugarland, Nettles took a break from the band, had a child, and recorded a solo album titled That Girl with producer Rick Rubin and an all-star cast. It was released in January of 2014, debuting at number one on the country chart and five on the Top 200. Nettles switched to Big Machine Records for 2016's Playing with Fire. Her first holiday-themed album, To Celebrate Christmas, arrived later that year. She was back with Sugarland for 2018's Bigger, which reached number two on the country charts. In 2019, she issued the solo I Can Do Hard Things EP. (Thom Jurek, AMG)