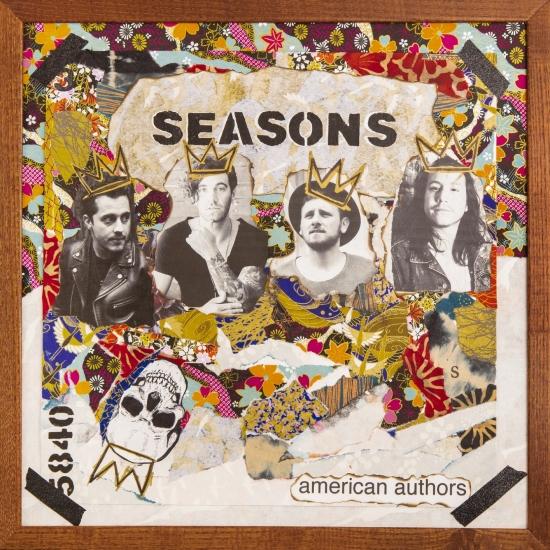 Each seasonal cycle informs, impacts, and inspires growth. American Authors translate those cycles of change into genre-blurring alternative anthems, bordering pop ambition and rock spirit undercut by a rhythmic hip-hop boom. Touting airtight songcraft and sonic adventurousness, the Brooklyn-based four-piece—Zac Barnett [vocals], James Adam Shelley [guitar, banjo], Dave Rublin [bass], and Matt Sanchez [drums]—push forward and progress yet again on their 2018 third full-length, the aptly titled Seasons.
It distills a near-decade journey into a dynamic, distinct, and definitive offering for the quartet.
“The biggest thing is the change American Authors went through to get here,” Zac exclaims. “We had to go through all of these experiences and moments of experimentation to reach this body of work, which is the most genuine and pure thing we’ve ever done. It encompasses every season of our music: the ups, the downs, the highs, the lows, and everything in between. We let go of where we started, fell into the place of writing from the heart, and captured what came out naturally.”
Since their 2012 emergence, American Authors have set the stage for such evolution. By 2018, the guys impressively generated over 1 billion global streams on a string of alternately striking and soaring smashes. Their inescapable and instantly recognizable breakthrough “Best Day of My Life” earned a triple-platinum certification from the RIAA and vaulted to #11 on the Billboard Hot 100 in addition to receiving countless film, television, video game, and sports syncs. Their 2014 full-length debut, Oh, What A Life, achieved gold status, while the follow-up What We Live For, spawned another Top 20 hit, “Go Big or Go Home,” in 2016. Along the way, they sold out shows around the globe and ignited stages at festivals, including Lollapalooza, Firefly Music Festival, BottleRock Napa Valley, Reading Festival, and Leeds Festival, to name a few. As early as March 2017, the group commenced writing their next chapter.
Rather than tread familiar territory and record in Los Angeles or New York, they retreated to a mountainside studio twenty minutes away from downtown Nashville. Surrounded by woods and overlooking nature, they quite literally experienced all four seasons of Tennessee weather from winter snow to summer sun. Simultaneously, they embraced formative nineties influences, spanning alternative stalwarts such as Weezer and Nirvana and West Coast rap a la Tupac. Beyond embracing analog synths, they proudly incorporated “more guitar.” Settling into this mountain hideaway, they wrote 40-plus songs in between “watching the leaves turn, clouds roll in, and hawks in the sky,” as Matt recalls.
Collaborating alongside producers Cason Cooley and Trent Dabbs, the band leveled up their signature sound.
“It was so inspiring,” the drummer continues. “We put our emotions and visions through this distillation process as the weather changed right before our eyes. As far as production goes, Carson and Trent have this way of pulling things out of us that make it all cohesive. Sonically, it’s our most ambitious work to date for sure.”
Dave adds, “Thematically, it felt like we were accepting life for what it is as well as taking responsibility for both the positive and the negative. That was a big common thread. You’re seeking reconciliation for times of being down and out and rediscovering old friends. The music is like our beacon to everybody announcing, ‘This is who we are. We’re not afraid to go into the world and talk about it’.”
That’s exactly what they did musically. The first single “Stay Around” charges forward on a handclap-driven beat augmented by a groundswell of synths, echoing guitars, and unshakable falsetto on the hook, “I hope you stay around…when you see me at my worst.”
“It’s about calling on friends and loved ones in your life to help you get out of tough times,” says Zac. “It’s really difficult for me to open up and let others in my life as far as my troubles and problems are concerned. You’ve got to be able to confide in those closest to you though. On the song, I’m opening up and admitting I’m not perfect, but showing I can be better.”
Elsewhere, the powerful piano chords of “Calm Me Down” uphold a confessional and catchy admission on the chorus. “You’re telling somebody that you need them,” adds Matt. “It’s not easy to do, but it’s important.”
In the end, Seasons shows American Authors at their purest and most powerful.
“I want people to see a different side of American Authors,” Zac leaves off. “I hope they realize there’s a message of hope, but it’s transmitted in a new and more exciting way for our band. Growing up, listening to my favorite artists helped me through so many hard times. It was the best therapy. I’ve seen fans take that away from our music in the past, and I hope they continue to do so. That’s the ultimate goal for us.”
American Authors 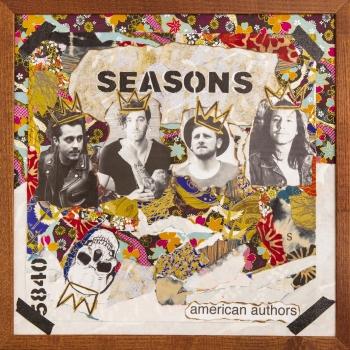 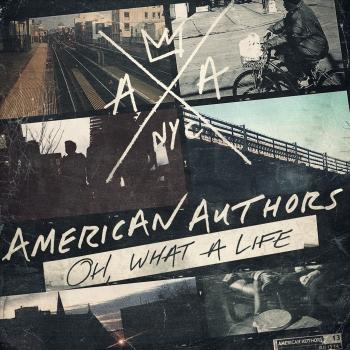 Oh, What A Life 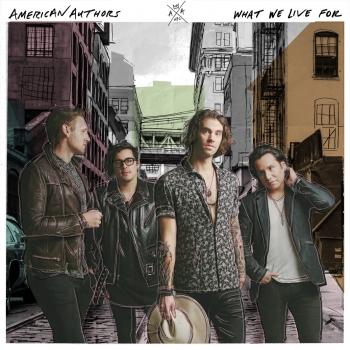 What We Live For 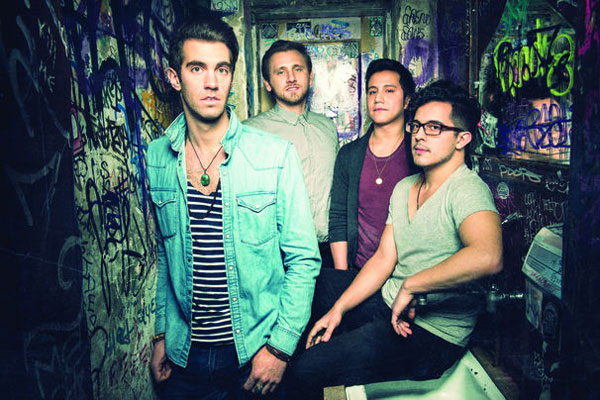 American Authors
The four members of American Authors - Zac Barnett (vocals), James Adam Shelley (guitar/banjo), Dave Rublin (bass), and Matt Sanchez (drums) - hail from the four corners of the country, but came together at Boston's Berklee College of Music in 2006. They soon dropped out, moved into a small apartment in the Bushwick section of Brooklyn, and started a band. American Authors bring their own influences and experiences to the table, creating pop-flavored alt rock sprinkled with four-part harmonies, spirited lyrics, and conta­gious optimism. "We're the authors of our lives," said Barnett, "creating music from what we've lived, from what we hope for, from what we feel. Every day is different and like every­one, our emotions change according to our personal highs and lows and by the challenges or triumphs that affect all of us. We're not afraid to be goofy one day and serious the next. We just want to be true to ourselves and share our stories for as long as people are willing to listen."