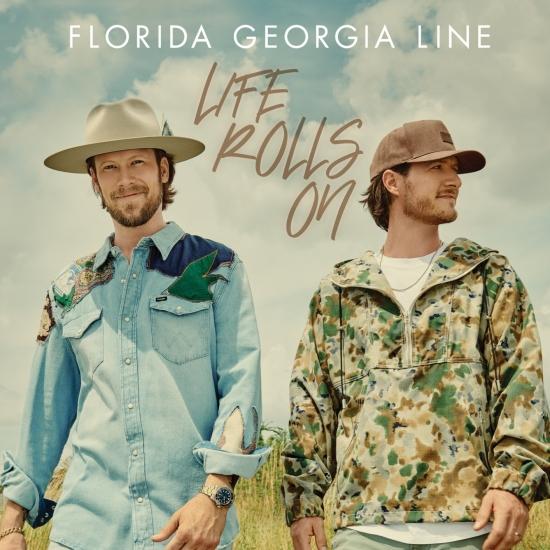 Info for Life Rolls On (Deluxe)

Chart-topping, record-breaking Country duo Florida Georgia Line appear to have reached a crossroads in their career. For almost 10 years, the duo has proven as divisive as they are popular notching up plenty of number ones including debut single ‘Cruise’ and more mature cuts such as ‘H.O.L.Y.’ After the huge success of their first two albums – 2012’s ‘Here’s to the Good Times’ and 2014’s ‘Anything Goes’ – it’s been a case of diminishing returns as physical sales across the industry dwindle and streaming has taken over. Two years after their fourth album ‘Can’t Say I Ain’t Country’, FGL is back with fifth album ‘Life Rolls On’.
As ‘Life Rolls On’ arrives, fans of FGL are (perhaps rightly?) concerned that the duo may not record together again. Members Tyler Hubbard and Brian Kelley were dogged by rumours that they’d fallen out during the recent U.S. election, which saw them backing different candidates and further fuel was added to the fire when they announced they’d be embarking on solo projects this year. Hubbard has a single out, ‘Undivided’, with Tim McGraw already and Kelley is promising to release solo music soon.
Regardless of what’s going on with the band, fans will likely notice that all six tracks from their 2020 EP ‘6-Pack’ are included here along with current single ‘Long Live’ and buzz tracks ‘New Truck’ and ‘Life Rolls On’. That means of the 16 songs include here, there are only 7 that the fans haven’t already heard. While this seems to be the way music is going right now (sadly), it does perhaps feel as if FGL (temporarily at least) are keen to do other things. That being said, ‘Life Rolls On’ is a surprisingly cohesive record that plays to the band’s core audience and doesn’t try to reinvent the wheel.
Opening track, and current single, ‘Long Live’ sets the tone for the record. Florida Georgia Line shift straight into their comfort zone and they don’t really leave it. The quirky ‘Life Looks Good’ is straight down the line Country, ‘Always Gonna Love You’ is the kind of R&B-inflected ballad that the band has become known for, and ‘Hard to Get to Heaven’ has a sense of urgency about it that could see it finding success on Country radio in the future.
One of the new tracks that hasn’t been released prior to the album is ‘Eyes Closed’ and it’s one of the strongest songs here. Like much of FGL’s music these days, it combines pop, R&B and Country, and it’s got one of the strongest and most memorable melodies here. Another highlight is ‘Good To Me’, which sees the duo thanking the Lord for blessing them with all of the good things they have in their lives.
Not everything is good here. ‘New Truck’ is particularly bad and I can only imagine the band want you to listen to the beats and ignore the lyrics. ‘Beer:30’ veers on the cringeworthy side too unfortunately, and personally I think it should have been left off the record.
Whatever the future holds for Florida Georgia Line, ‘Life Rolls On’ feels like it’s the end of an era one way or another. Across the sprawling 16 tracks, there are some duds (as you’d expect) but if you’ve followed the band this far, you’ll be more than happy to add this latest album to your collection. For me, it doesn’t hit the heights of ‘Dig Your Roots’ but it’s a step above their first two albums.
Florida Georgia Line 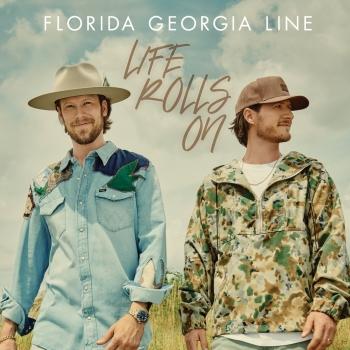 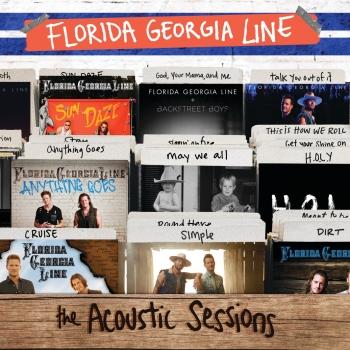 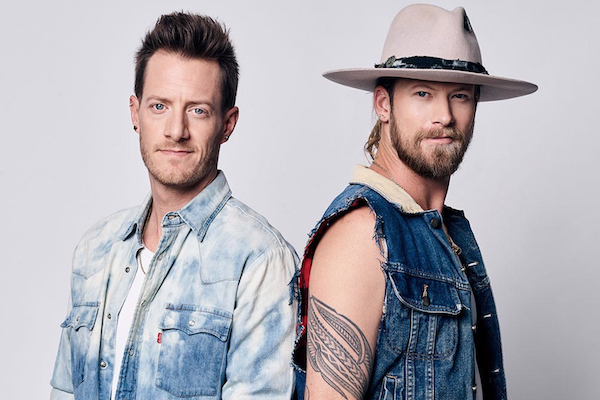 Florida Georgia Line
Billboard’s first-ever Trailblazer Award recipients continue to build their ever-expanding empire of innovative artistry and entrepreneurial endeavors throughout their colossal career. With their romantic roots-infused “Simple” surging Country charts, as the lead single off their anticipated fourth studio album, the kings of collaborations are shattering records with 3X PLATINUM-certified #1 “Meant to Be” with Bebe Rexha [14th #1 overall as artists plus leads the Billboard Hot Country Songs chart for a 28th week – surpassing FGL’s own “Cruise” for the second-longest reign overall]. Exceeding 4.2 billion streams, 31 million tracks and more than 4.3 million albums sold worldwide, BMLG Records’ duo remains the first and only Country act to achieve RIAA’s DIAMOND certification (10 million copies sold) for their breakout “Cruise,” which is the best-selling digital Country single of all time (SoundScan). Since 2012, FGL has earned prestigious honors from the AMAs, ACM Awards, CMA Awards, Billboard Music Awards, and CMT Music Awards, plus left their mark on several chart-crushing songs as writers.
The bona fide visionaries have launched their own Old Camp Peach Pecan Whiskey, as well as thriving businesses: FGL HOUSE, meet + greet, Tree Vibez Music, and Tribe Kelley. This summer, they’ll supercharge music festivals before kicking off the inaugural FGL Fest with a concert inside Turn 4 of the historic oval during the Indianapolis Motor Speedway’s 25th annual NASCAR weekend (9/8). The world-class entertainers will further elevate their revolutionary status with a limited residency, FLORIDA GEORGIA LINE LIVE FROM LAS VEGAS, inside Zappos Theater at Planet Hollywood Resort & Casino beginning December 1.