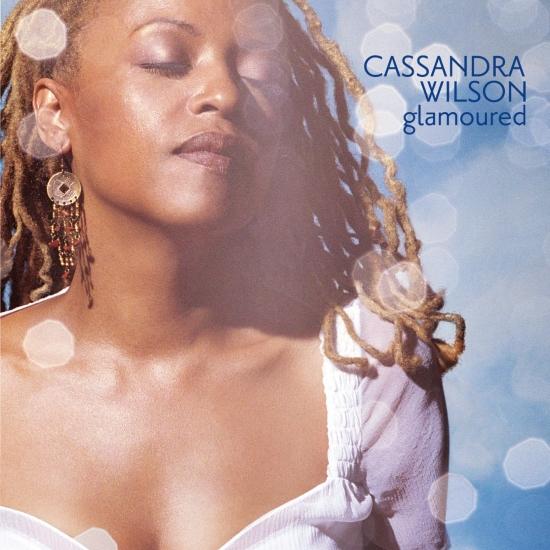 "Glamoured" is a Gaelic word meaning to be whisked away, says vocalist and songwriter Cassandra Wilson, explaining the title of her album. "It's like being in a daydream, those split seconds when you're transfixed and your eyes don't move and you have to shake yourself out of it. This album captures the feeling of that reverie."
Indeed, Wilson sets such a mood with her trademark mix of first-rate originals and adventurous covers of other songwriters' works, this time picking material by Sting, Bob Dylan, Willie Nelson, Muddy Waters and Abbey Lincoln. Such eclectic tastes come naturally to Wilson, who began her musical career performing in and around her hometown of Jackson, Mississippi. "Down South, musicians have to be able to play in many different circumstances and in many contexts," she says. "They have to play jazz, they have to integrate the blues, and they have to know country. And the lines are kinda blurry sometimes, 'cause that's what everybody wants to hear."
For the recording of "Glamoured" Cassandra once again returned to her hometown of Jackson, Mississippi with a list of good songs and an open mind. "For some albums, I'll have a very clear idea of where I want it to go," she says, "but this time I had questions about what kinds of sounds to explore."
"Cassandra Wilson has garnered a deserving reputation for her soulful, visionary reads of songs by legendary composers old and new, from Robert Johnson to Van Morrison. On Glamoured, Wilson composed half the album, and her songs are as provocative and deserve the same weight of grace critically afforded her covers. She uses her trademark fluid, smoky delivery to redefine songs such as the old soul nugget "If Loving You Is Wrong"; the poignancy it was written with tells of a woman lost in the delirium of a forbidden love with a married man. The ache and euphoria in her voice shot through with producer Fabrizio Sotti's stunning acoustic guitar interplay is nearly overwhelming in its emotion. Her Afro-Caribbean read of Bob Dylan's "Lay Lady Lay" is a different -- and perhaps better -- version than the original. It doesn't weep and it doesn't get bogged down in its melody; it is shot through with a smoldering drone and eclectic polyrhythms that reinvent it harmonically. Willie Nelson's "Crazy" is kissed with the same elegance and soul that her version of "Tupelo Honey" was. But it is on Muddy Waters' "Honey Bee" and Abbey Lincoln's "Throw It Away," which closes the album, that Wilson offers her greatest gift: that of an improvisational blues and jazz singer who understands these songs to be living embodiments of still developing traditions. Recorded in Jackson, MS, her hometown, these songs are shot through with mischief; a controlled, winking sensuality; greasy, rollicking, and syncopated rhythms; and melody lines to kill for. Wilson's songs, particularly "I Want More" and "What Is It?" with their funky backbeats and jagged verses, are seemingly new forms for the pop song, while "Broken Drum," "Sleight of Time," and "Heaven Knows" could have been written for Nina Simone, such are their out-of-the-ages, folk-infused jazzy cadences, but Wilson makes them unclassifiable in terms of any time but the present and she is working out new forms for color, phrasing, and rhythmic interplay for her voice. Glamoured, like its Gaelic definition, is the sound of the supernatural in a human being." (Thom Jurek, AMG)
Cassandra Wilson, vocals, guitar
Herlin Riley, drums, washboard
Terri Lyne Carrington, drums
Reginald Veal, double bass
Calvin "Fuzz" Jones, double bass
Jeff Haynes, percussion
Brandon Ross, banjo, guitar
Gregoire Maret, harmonica
Fabrizio Sotti, guitar
Recorded at Sonic Temple, Jackson, MS December 2002 and Februaury 2003; Avatar Studios & Breezy's Lab, NYC February & March, 2003
Mixed at Avatar Studios NYC April 2003
Mastered at Sterling Sound NYC, April 2003
Produced by Bruce Lundvall, Cassandra Wilson
Mastered by Kevin Gray at Cohearent Audio From Original Master Tape! 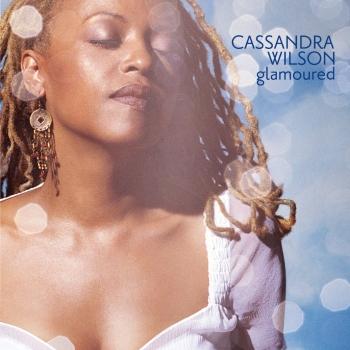 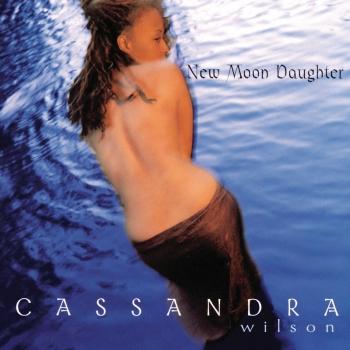 Cassandra Wilson and others 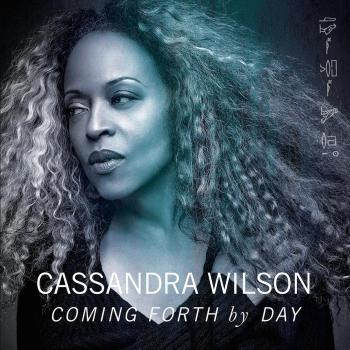 Coming Forth by Day

Cassandra Wilson and others