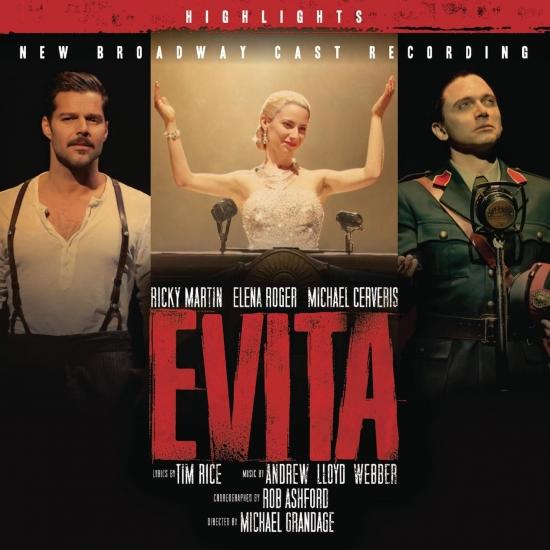 For the first time since it debuted over 30 years ago, Tim Rice and Andrew Lloyd Webber’s seven-time Tony Award®-winning musical Evita came back to Broadway, starring Grammy®-winning international superstar Ricky Martin as Ché, Olivier Award-winning Argentinean actress Elena Roger making her Broadway debut as Evita, and Tony Award®-winner Michael Cerveris as Juan Perón.
This double album, produced by Andrew Lloyd Webber and Nigel Wright, with Tim Rice as Executive Producer, is the first complete English language recording of the show since the original 1979 Broadway cast album. It features a limited edition outer sleeve and includes a bonus track of Elena Roger performing “Don’t Cry For Me” in Spanish (“No llores por mí Argentina”).
Evita’s dazzling and beloved score includes the songs “Don’t Cry for Me Argentina,” “Another Suitcase in Another Hall” and “High Flying, Adored,” together with “You Must Love Me,” the Oscar®-winning hit from the film version.
'Ricky Martin ist unwiderstehlich. Er singt traumhaft!', schwärmt Entertainment Weekly vom Superstar der sensationell erfolgreichen Evita-Neuinszenierung am Broadway. Auch von den anderen neuen Stars des Musicalrevivals ist die Presse begeistert: 'Roger ist eine Sensation!' und 'Cerveris ist perfekt!' (New York Times).
Nie waren die weltberühmten Hits wie 'Don't Cry for Me Argentina', 'High Flying Adored' und 'You Must Love Me' (Oscar-prämiert aus dem Soundtrack der Kinoversion mit Madonna und Antonio Banderas von 1996) hinreißender zu erleben als in diesem 'modernen Meisterwerk'! (New York Post).
Erstmals seit 1979 wurde das mit sieben Tony Awards ausgezeichnete Musical von Andrew Lloyd Webber und Tim Rice wieder komplett in englischer Sprache aufgenommen. Diese zwei CDs enthalten die gesamte Show mit Grammy-Preisträger Ricky Martin in der Rolle des Ché, der Argentinierin Elena Roger (Olivier Award) als Evita und Michael Cerveris (Tony Award) als Juan Perón.
Synopsis: Director’s Note: A New Look at an Iconic Musical: Michael Grandage on directing the first major revival of Evita since the original London production in 1978 Andrew Lloyd Webber and Tim Rice made it very clear they wanted a new production for a new century, and the creative team set about trying to achieve this goal in a number of ways. Any revival should be respectful of what made the original a success, but it should also be an opportunity to liberate itself from the past. In the case of Evita, there is a generation of theatergoers who have never seen the musical live on stage. Since it was last performed we have experienced the death of Diana, which gave us an opportunity to try to understand the notion of national mourning for a female icon (although Diana was on a far smaller scale than Eva Perón), and the UK has also been at war with Argentina. In addition, we have come to know Argentina through images, music, and travel in the intervening years. We were keen that the look and sound of this new production reflected all of this and Andrew Lloyd Webber has given the orchestrations a more authentic Argentinean flavor, which has helped us give our onstage Buenos Aires a life and structure that feels dynamic and real. On top of this, we were lucky enough to find Elena Roger to play Eva – a woman who has been able to give the production its ultimate authenticity. She has flown up from Buenos Aires, where she commands great respect as a performer, and brought with her the beating heart of this new production that has allowed us all to offer up something new. (Michael Grandage) 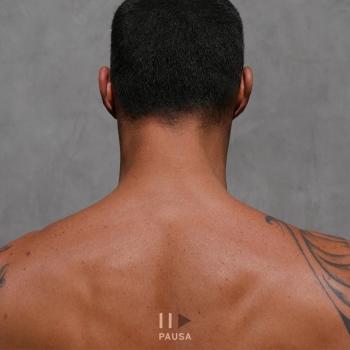 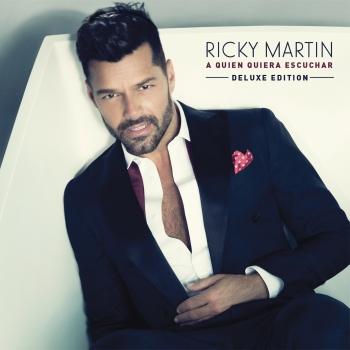 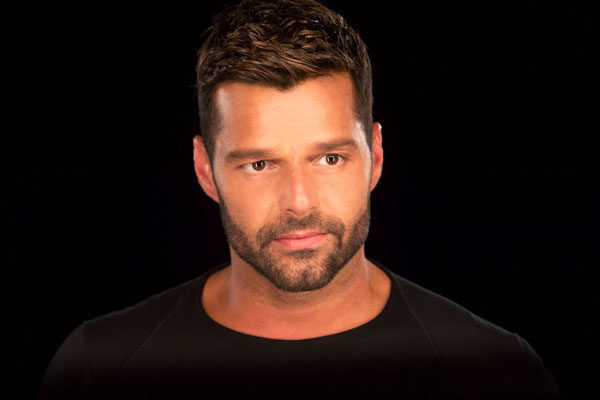 Ricky Martin
is unquestionably the leading Latin Music figure of his generation. His instinctive understanding of rhythm, passion for performing, willingness to take creative risks and natural charisma has led Martin down a musical path of artistry and superstardom.
Since his earliest days as a performer, Martin has always known that in order to have an enduring career, his musical evolution must never end. That is why he has honed his creative spirit by exploring the diversity of Latin music genres. Knowing that music has no boundaries has fed his artistic growth and inspired his voice to become a vehicle of diverse expression. With perseverance and hard work over the course of a two decade career, Martin has become one of the world's top- solo artists, having sold more than 55 million albums.