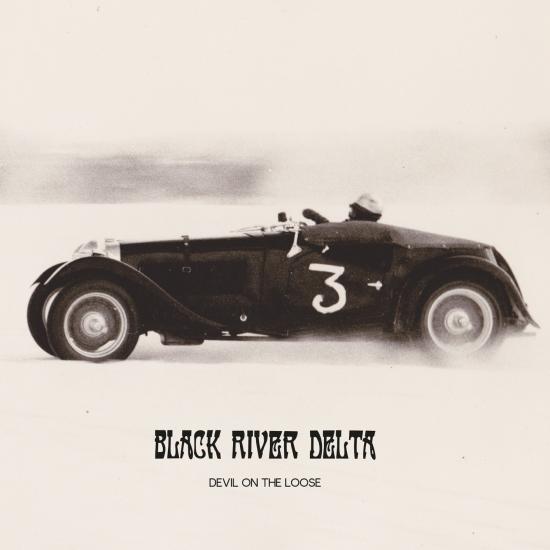 Info for Devil on the Loose

It appears that this Swedish trio has sucked Robert Johnson’s soul out of the ethos and electrified it. The music found here draws from among others the Hill Country sound ala R.L. Burnside, Black Flag and Jack White, all the while sounding like themselves. The wondrous noise they conjure up with the collision of two distorted guitars and thundering drums is at once refreshing and mind altering. The songs are all original and get this-no trace of an accent. You would think they were from stateside. The clever lyrics rush by you amid the musical onslaught and it may take several listening’s to comprehend them fully, but the overall feeling generated by the music is chock full of ominous overtones. The guitars are entangled in a joyous dogfight. Guitarists Erik Jacacobs and Pontus Ohlsson battle it out with drummer Erik Nilsson to the point were they get under your skin and you don’t want to let them out.
The assault begins with “A Buried Man” with guitars clawing to pick at your brain. The powerful noise of “Follow You Down” will energize and enlighten your body and soul. The title track “Devil On The Loose” is a slow and raw dirge. with a lonesome harmonica and group vocals. The band gets all grungy on Hearts” with it’s pounding drums and raw-bones guitar goodness. The hellhounds are unleashed on “Ghost”.
Rock territory is explored on “Broken For Years”. The lonesome sound of “Troubled Roads” closes out this amazing show…”Oh dear I’m on my way, travelin’ on troubled roads”.
This music will jolt you out of your coma. I’m not entirely sure of what I just witnessed here, but I’m quite sure I had an epiphany. These Swedes definitely know what they are doing and do it well. The vocals are discharged as if their very lives depended on it. The clamoring guitars almost sound hap hazard, but in essence they are in perfect alignment with the universe. This music deservedly needs to catch on in a big way. Something is happening here, but you don’t know what it is, do you Mr. Jones?.
Erik Jacobs, vocals, guitars
Pontus Ohlsson, guitars, harmonica
Erik Nilsson, vocals, drums 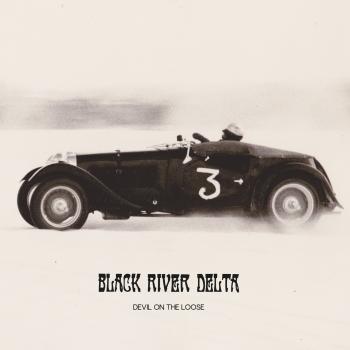 Devil on the Loose 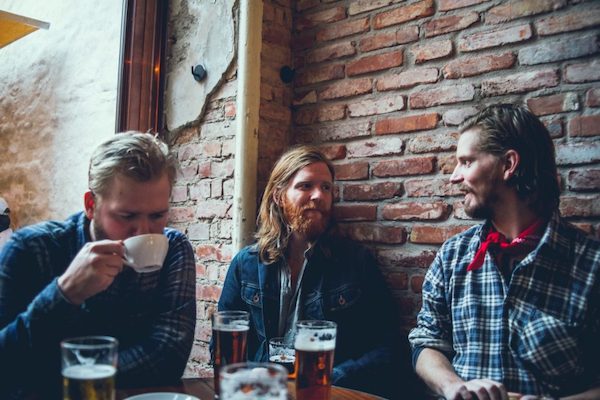 Black River Delta
is a blues rock band originating from Bollnäs, Sweden. The group consists of Erik Jacobs (vocals, guitars), Pontus Ohlsson (guitars, harmonica), and Erik Nilsson (vocals, drums).
They have released two studio albums: “Devil on the Loose” (2016) and “VOL. II” (2018). The band formed in 2014 when Erik N and Pontus were living in Malmö. They invited Erik J, who was living in Stockholm, to come visit them in Malmö for some jam sessions. Soon after, the trio borrowed some microphones, went back to their hometown and spent the summer in a wooden cabin, writing and recording what would be their debut album, Devil on the Loose.
The bands raw blues rock sound draws from classic blues legends like Robert Johnson, the raw style of R. L. Burnside and modern artists as The Black Keys, Gary Clark Jr. and BRMC.