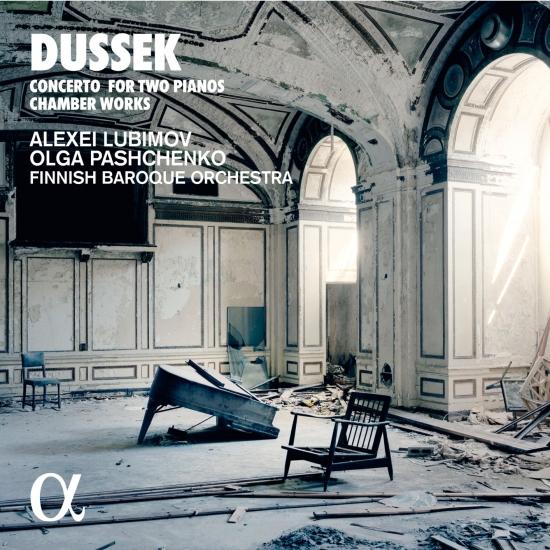 Alexei Lubimov is one of the most admired pianists of his generation, particularly for his exploration of rarely-played repertoire on period instruments. Together with his disciple, harpsichordist and pianist Olga Pashchenko, a rising star of the new generation, and accompanied by the musicians of the Finnish Baroque Orchestra, they embark on a voyage of discovery into the music of Czech composer Jan Ladislav Dussek (1760-1812), with world premiere recordings on period instruments of his Concerto for Two Pianos and Notturno concertant. A trailblazing early romantic composer, Dussek created an innovative piano music style marked by a harmonic richness and intense emotional expressivity.
Alexei Lubimov, fortepiano
Olga Pashchenko, fortepiano
Finnish Baroque Orchestra