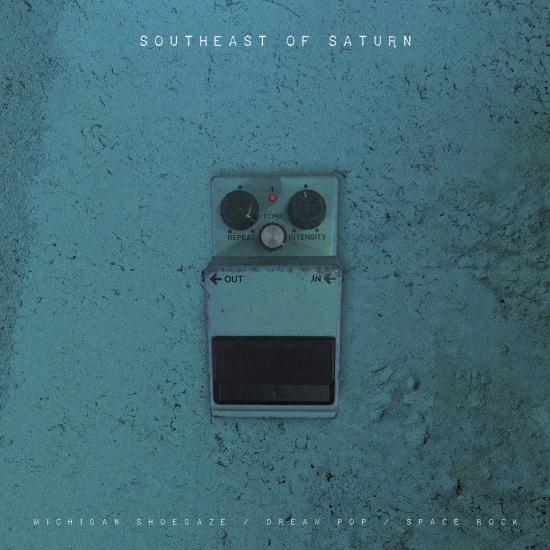 Info for Southeast of Saturn

A very cool collection from the guys at Third Man. Perhaps the coolest label in the world right now. It makes sense that Detroit had a buzzy, thriving space-rock scene in the ‘90s. What American city’s denizens had a more urgent need to disengage and think outside the grim, post-industrial rustbelt realities? With space-rock (and its close sonic cousin shoegaze) being at once expansive and introspective, it naturally appealed to the young, intelligent artists who gravitated toward its vertiginous orbit.
The music of Southeast Of Saturn did not arise organically from metro Detroit’s fertile soil. Locally, garage-rock, goth-rock, neo-hippie groups, and the usual preponderance of adequate bar bands dominated the landscape.
Thirsty Forest Animals guitarist Andrew Peters summarizes the prevalent attitude among the Motor City’s space-rock contingent: “I don’t think we really noticed the local Detroit scene earlier on. We were more into the bands you would see in the NME / Melody Maker, zines, and records - mostly from the UK - on the walls at Play It Again”. If anything was a major factor locally, it was Play It Again, the independent record store in the suburbs of Detroit that nurtured the scene with its amazing curation of imports and killer used records picked up on owner Alan Kovan’s British record buying trips.
Penned “Detroit Space-Rock”, the scene centered around Burnt Hair Records, Burnt Hair CEO Larry Hoffman’s Life According To Larry radio show, Zoot’s Coffeehouse and bands, such as Windy & Carl, Asha Vida, Füxa, Auburn Lull, and Majesty Crush. It was a modern movement of a more traditional “space-rock” sound, influenced less by The Stooges and MC5 and more by Spacemen 3, Loop, My Bloody Valentine and krautrock bands like Can and Neu!.
Even the best-known artists on Southeast Of Saturn ever achieved mainstream success, but within the rock underground, they inspired a cultish devotion that burns to this day. If you missed their evanescent output the first time around, this compilation will get you up to speed over its 19 mind-altering tracks. ECHO ECHO ECHO ECHO ECHO ECHO ECHO. 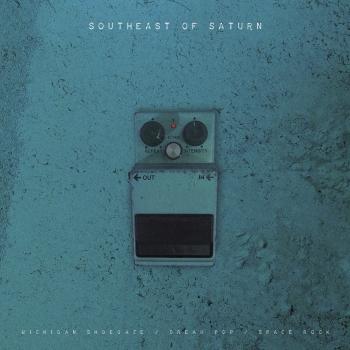