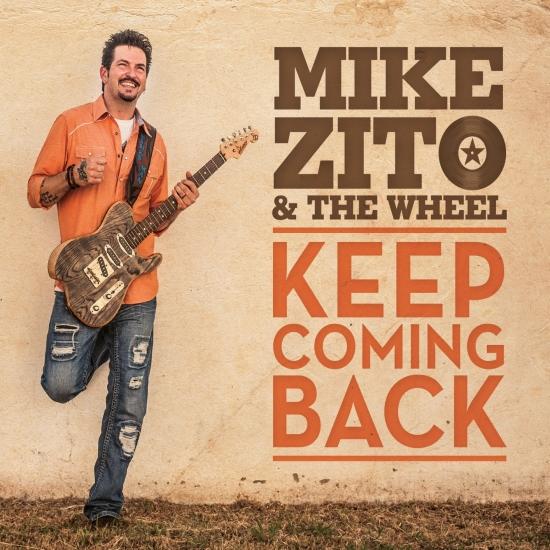 Info for Keep Coming Back

Mike Zito has walked many roads. At 44, his backstory is a travelogue that starts in Missouri and finds salvation in Texas, pinballs from solo career to supergroup (and back), dices with both death and glory. And yet, wherever his career leads him, Mike always returns to his founding values of honest, original songs, drawn from the emotional depths, twisting the great American genres into bold new shapes. “Keep Coming Back is all in the title,” explains the songwriter of his latest release on Ruf Records. “I love the blues, I love rock ‘n’ roll and I love country music. It’s what I do and who I am.”
Perhaps there were some sceptics who questioned Mike’s amicable departure from the Royal Southern Brotherhood last year, after two acclaimed albums that took the A-list outfit to the top of the world. Released in 2015, Keep Coming Back is both the explanation and vindication for that decision. “This album brings me back to what it’s all about,” says Mike. “Having fun and playing music you love and believe in. It’s all about the song.”
Tracked in June at Dockside Studios, Louisiana, the album reunites Mike with The Wheel lineup of Jimmy Carpenter (saxophone/vocals), Scot Sutherland (bass), Rob Lee (drums) and Lewis Stephens (keys), with producer Trina Shoemaker and engineer David Farrell bottling the chemistry. “Trina and I were simpatico in our ideas of what this album would sound and feel like,” recalls Mike, “and she nailed it. This album is raw when it needs to be, subtle, sincere and grooving all the way through. My band are in top form. The musicians gave their all to the songs and brought out the best in me.”
And like Mike says, it’s all about the songs. Endlessly prolific, Keep Coming Back is home to seven new Zito-penned originals, alongside three co-writes with Anders Osborne (plus stellar covers of CCR’s Bootleg and Bob Seger’s Get Out Of Denver). “I love to tell stories,” says the bandleader, “and these songs are stories from my heart, my crazy mind and my life. With the help of Anders, I think I’ve got the best collections of songs I’ve written yet.” You won’t dispute that, with Keep Coming Back running the gamut of moods and themes. The album tears out of the blocks with the title track’s squall of slide and brass, and keeps the punches coming with rocking cuts like Chin Up, the slice-of-life portrait of street-level America that is Girl From Liberty, and Nothin’ But The Truth’s hot-riffing ultimatum to a cheating girlfriend (“You got me hanging around like a noose on a tree”).
Such high-octane songs only make the more reflective moments more powerful. Lonely Heart pairs lilting chords to a reflective vocal, while Early In The Morning is chiming, autumnal and defiant (“Nothing’s gonna bring me down, that’s how I start my day”). And it’s hard to imagine a more poignant cri de coeur than Mike’s back-and-forth with Anders on I Was Drunk: “I tried to pull myself away from the junk. My little girl cried. And I was drunk…”
It’s a typical slice of brutal honesty from a man who has always told it straight. Ask Mike for his backstory and he’ll give you warts and all. In his own words, the bandleader “grew up poor in St. Louis”, in a blue-collar family whose father grafted 40-hour weeks at the local brewery. Ten years working at a downtown guitar shop, and the tutelage of an older employee, exposed him to titans like B.B. King, the Allmans and Eric Clapton (and from there, Joe Pass, Robert Johnson and Blind Willie Johnson), and though he was fired from early cover bands for refusing to mimic the solos, by 1997, he had released debut album Blue Room. “The first time you hear yourself,” recalls Mike, “you think, ‘Wow, that almost sounds like music!’”
Then came the bumps in the road. By the post-millennium, creeping alcoholism and drug abuse were threatening to rob Mike of his talent and livelihood: a period starkly addressed on the title track from 2011’s acclaimed Greyhound album (and alluded to on new track Get Busy Living). Thankfully, the epiphany of meeting his beloved wife changed Mike’s road, and in 2012, his career found new impetus as he juggled the genre-blurring brilliance of Royal Southern Brotherhood with acclaimed solo albums like 2013’s Gone To Texas. “It’s all working out,” he beams, “and I couldn’t be more thankful.”
And so, in 2015, Mike Zito sets off down yet another road, surrounded by a new band of brothers, armed with an album that’s brimming with mojo and driven by fresh momentum. “I hope you enjoy the trip through the roots of American music in Keep Coming Back,” he says. “I can honestly say this was the most joyful album I have ever recorded…” 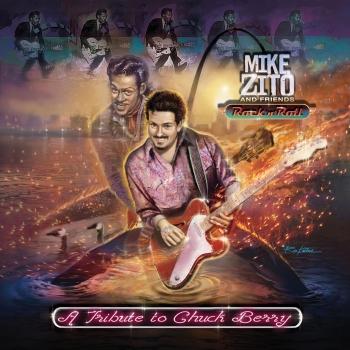 A Tribute To Chuck Berry 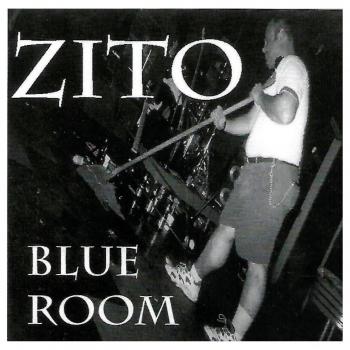 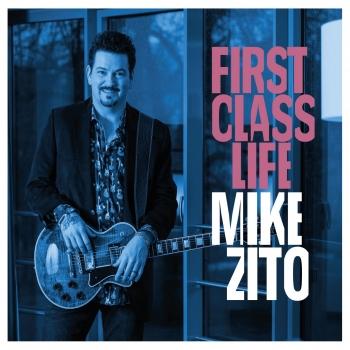 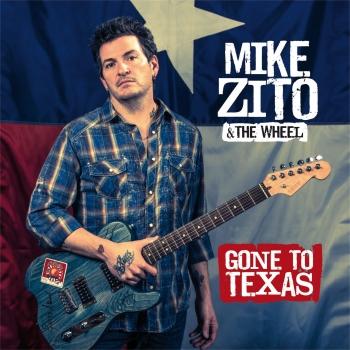 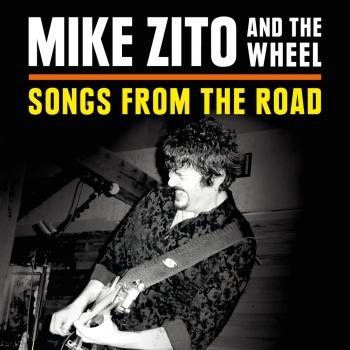 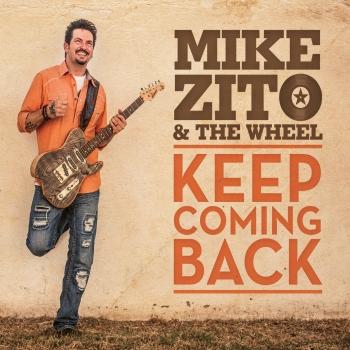 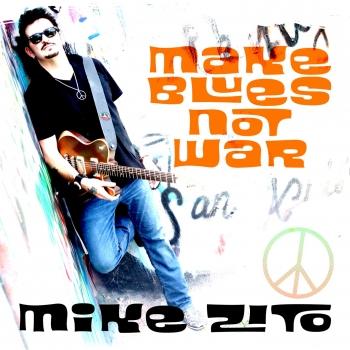 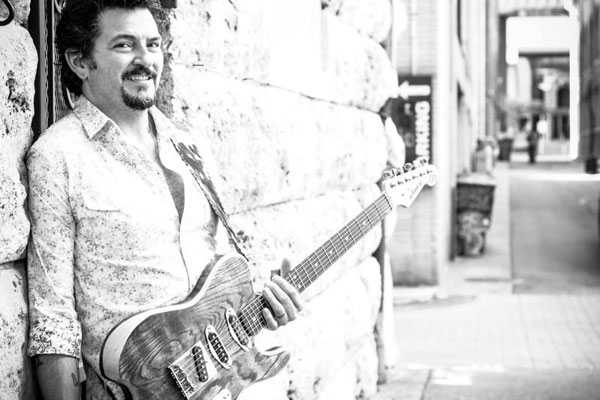 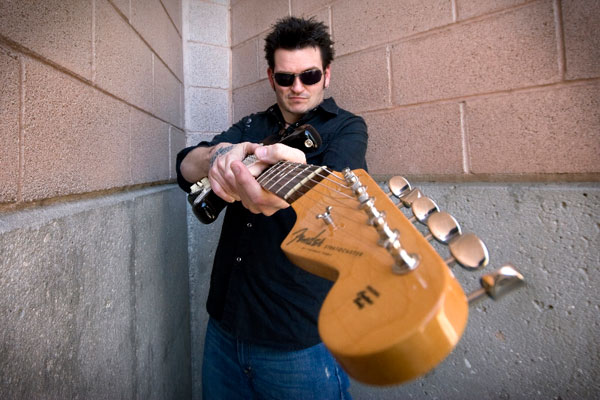 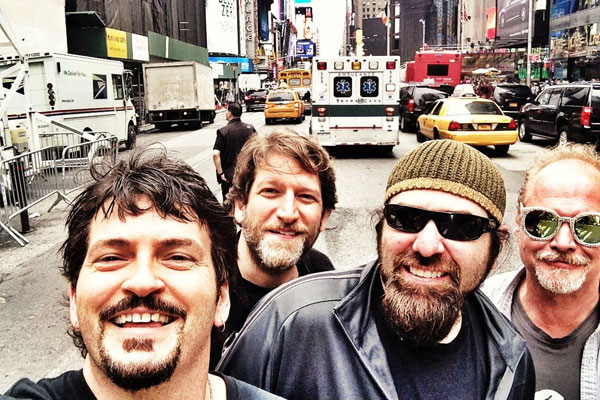 Mike Zito
Singer, guitarist and songwriter Mike Zito grew up in St. Louis, immersed in the gritty and soulful sounds of the city’s south side that would provide the groundwork for his future in music. He began singing and performing at the age of five, received his first guitar not long afterward, and music has been his guiding force ever since. Working at a local guitar shop after high school, he encountered many of the legends of the local music scene. “Everyone from Chuck Berry to [bluesman] Bennie Smith came in that store,” Zito says of his experience. “I soaked up the sounds of that store, and began building my own style.”
Zito’s journey took off in earnest at the age of 19, when he began making a name for himself as a unique new voice on the highly competitive St. Louis music scene. His incessant touring schedule found him crisscrossing the country playing everywhere from funky roadhouses to major festival stages to an international tour for the USO, and performing in front of enthusiastic crowds six nights a week around St. Louis when not on the road. During this period of intense music making Zito began to hone and polish his art, developing a breathtaking level of virtuosity and a unique expressive voice with both his singing and guitar playing, while at the same time stripping away the non-essential elements and cutting to the core of what moved a live audience.
But throwing himself headfirst into the pursuit of his art had a toll, and Zito paid it. The non-stop lifestyle led to a dark and dangerous period during which Zito came close to drinking and drugging away all that he’d worked so hard to establish. It took time, but thankfully, with the help and intervention of friends and supporters in the music business, loved ones, and the woman who would become his wife, Zito regained his faith in himself and his music, cleaned up his act, and settled down in Southeast Texas to begin anew.
With a clean slate, a fresh outlook, and a new dedication to his music, Zito now also had a message of positivity and redemption that has informed his new music with a deeper meaning and taken it to an entirely new level. Zito is that rare new artist who completely in synch with the contemporary music scene, while at the same time having a lifetime’s worth of experience to draw from that informs his music with soul, depth, and lasting appeal that grows with repeated listening.

Booklet for Keep Coming Back