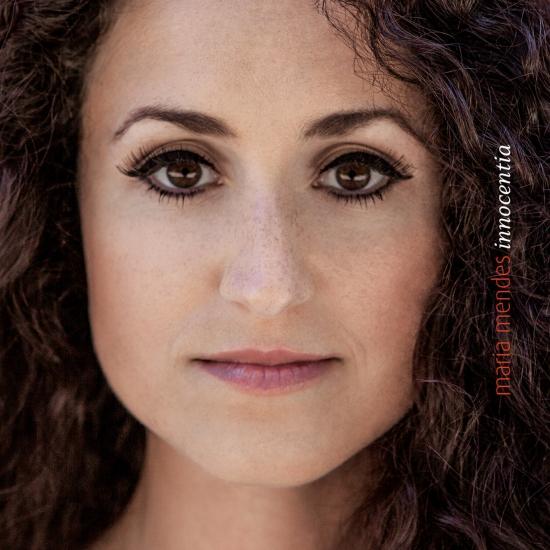 Innocentia, a sophisticated set featuring new takes on old favourites, exquisite adaptations of classical pieces and deeply personal compositions about sweet childhood nostalgia, innocence and hope. On Innocentia, Mendes and her band of Dutch all-stars - Karel Boehlee on piano; Clemens van der Feen on acoustic bass and Jasper van Hulten on drums continue to join the dots between Western giants such as Pat Metheny and Carmen McRae, and the freer, percussive style of Hermeto Pascoal. Virtuoso clarinetist Anat Cohen is a welcome addition with her lyrical, wistful lines. Whether it’s standards such as ‘Smile’, a poignant Sting song ‘Fragile’ or the exotic rhythm of Brazilian composer Heitor Villa-Lobos’ ‘Bachianas Brasileiras Nr 5’ (which features lively exchanges between Mendes and Cohen), there is a loose and playful approach to each arrangement. Mendes demonstrates that she’s a highly capable scat singer a la Ella able to put her stamp on a tune, whether it is sung in English or Portuguese.
Maria Mendes, vocals
Anat Cohen, clarinet (on tracks n. 4, 5, 8, 10)
Karel Boehlee, piano
Clemens van der Feen, double bass
Jasper van Hulten, drums
Recorded December 15-17, 2014 at Fattoria Musica Recording Studios in Osnabrück, Germany
Engineered by Ruben Montes
Mixed by Ruben Montes at Disquesi Estudios in Coruna, Spain
Mastered by Peter Brussee at QPoint Digital Audio in Hilversum, The Netherlands
Produced by Maria Mendes 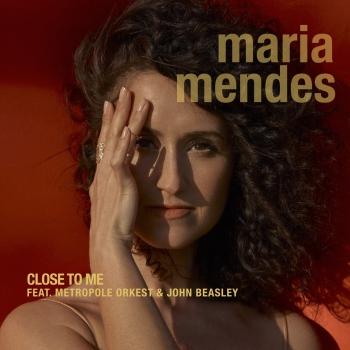 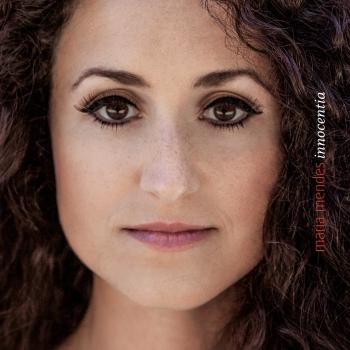 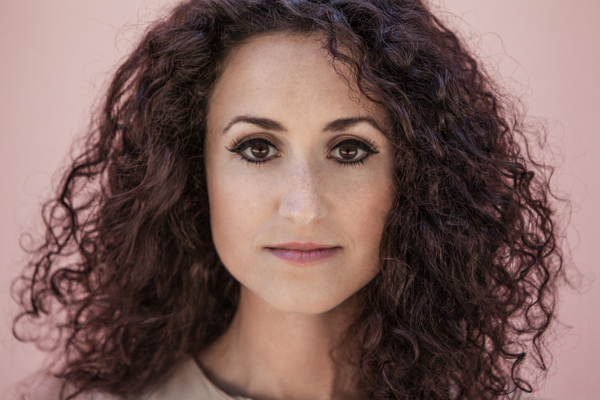 Maria Mendes
The first thing that strikes you about Maria Mendes is the purity of her tone and her graceful, lyrical phrasing. She glides over her band, adding emphasis here, lingering there, scatting in unexpected directions and occasionally soaring to a heady high when the mood takes her. Clearly, she has spent time on her craft.
Born in Portugal and classically trained from the age of 12, it was at Codarts University (in her adopted home of Rotterdam) that the long-time classical music enthusiast decided to explore her connection to Brazil through jazz improvisation. There she would join the dots between Western standards by the likes of Ella Fitzgerald, Charlie Parker and Betty Carter, and the freer, percussive styles of Brazil – artists such as Hermeto Pascoal, for instance. Listen closely and you will also hear Shirley Horn’s deft use of silence, and the precision and spoken melodies of Carmen McRae.
Periods of study and training followed in Brussels, New York and Rio. Then came a series of commanding performances and prizes in several international competitions such as Montreux Jazz Vocal competition. In 2012, debut album Along the Road (Dot Time records) announced her arrival on the world stage as a vocalist with a unique touch. Original composition ‘Saia Preta’, inspired by a saudade-soaked taxi ride through Rio de Janeiro, revealed Mendes’ potential as a songwriter, not to mention the deep affection that she has for her mother’s homeland. Musicians and critics were lining up to praise her … even legends. Quincy Jones had this to say about Mendes: “I see a promising, shining future for this young talented singer.”
Backing her every step of the way – from the recording studio to the Blue Note in New York – is her highly attuned band of Dutch all-stars: Karel Boehlee on piano (Toots Thielemans Band, Hein van de Gein Trio); Clemens van der Feen on acoustic bass (Franz van Chossy Trio, Jesse van Ruller Trio) and Jasper van Hulten on drums (Eric Vloeimans, Tuto Puoane Band). Thankfully, Mendes has kept faith with the same team and together with her close collaborator Martin Fondse, the highly acclaimed composer and pianist, they have conceived follow-up album Innocentia for your pleasure.
More exhilarating and emotionally complex than its predecessor – think lazy summer days in the throes of childhood or the finding hope in moments of despair – Innocentia also features virtuoso clarinet player Anat Cohen from Israel. There are many high points to savour. A rendition of ‘When You Wish Upon a Star’ sets the standard free from its occasionally mawkish confines as Boehlee ups the tempo and embarks on a Glasper-esque excursion.
Then there’s Mendes dueling with drummer van Hulten on Hermeto’s ‘O Ovo’ before a mischievous Cohen muscles in and almost steals the show. Elsewhere Mendes demonstrates that she’s a highly capable scat singer a la Ella on ‘Água de Beber’. And let’s not forget their version of Portuguese composer Heitor Villa-Lobos’ ‘Bachianas Brasileiras Nr 5 (Cantilena)’, featuring some lovely lyrical interplay between Mendes and Cohen.
The album also features imaginative readings of songs by the likes of Sting and Jimmy Woode – not your typical bedfellows. That is another hallmark of Mendes. She is open and inquisitive when it comes to her music, yet able to put her stamp on a tune, whether it is sung in English or Portuguese. ‘Fragile’ is typical of the mood of this album – wistful, rooted in innocence and vulnerability.
Innocentia is a marked progression in the career of Mendes. Under the guidance of composer and close collaborator Martin Fondse, she has obviously grown as a composer and bandleader, and not just a vocalist. But it is as a performer that she truly excels, moving the listener … stirring the soul. Press play, catch her in concert and prepare to be quietly stunned by her depth of emotion.