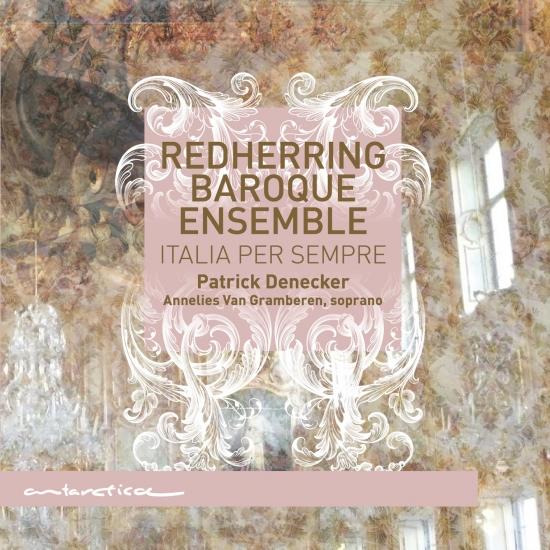 Info for Italia per Sempre

Italy is Europe’s largest exporter of wine, and the second-largest exporter of olive oil, but in the 16th century it was by far the largest exporter of music. We even think of the 17th century as a period of “Export Italianism”: after Monteverdi invented baroque music – more or less on his own – European courts and cities (Vienna, Paris, Amsterdam, and especially London) sparkled with the splendour of Latin innovation, and with the Italian geniuses who sparked it far away from their Mediterranean home towns.
But some Italians preferred to stay at home: big names like Alessandro Scarlatti and Albinoni, but also delightful incogniti such as Leonardo Leo, Nicolo Fiorenza, Giovanni Antonio Canuti and Francesco Mancini. They developed a hyper-personal style which was impervious to international fashion, and (especially in the South) characterized by extravagance and a distinct couleur locale. Their works are virtually unknown, but as local archives are shedding their treasures through digitization projects, more and more gems are finding their ways to recordings such as the present one.
There is no better advocate for this sun-drenched repertoire than the Antwerp ensemble RedHerring. Founded in 2011 by recorder player Patrick Denecker, RedHerring boasts some of Belgium’s finest baroque pioneers such as violinist Ryo Terakado, viol player Kaori Uemura and lutenist Philippe Malfeyt.
These virtuosi bring the all-Italian menu to life in the attractive and acclaimed fashion of preceding projects. Both Klara Radio and Fono Forum awarded the 2016 recording La Muse and La Mise – dedicated to 18th century French salon jams – with 5/5, while De Standaard called it “at once refined and careless, gold-framed and fleeting; a CD which embodies an evening spent in good company”.
RedHerring not only relies on spontaneity, intuition and improvisation. Denecker and his pals embrace the view that the use of correct instruments can enhance our insight into and understanding of the music. As a consequence, Denecker plays compositions of which the Neapolitan origin is certain on a copy of an anonymous recorder from the collection of Giacomo Rossini, now in the Victoria and Albert Museum in London.
Music history emphasizes main streams and great names. Recordings like the present one, which explore the side tracks and alleyways historians never venture into, make up for the oversight which is inevitable in any synthetic enterprise. They allow us to enjoy good music which has been forgotten through no fault of its own.
Patrick Denecker, recorder, direction
Annelies van Gramberen, soprano
Redherring Baroque Ensemble 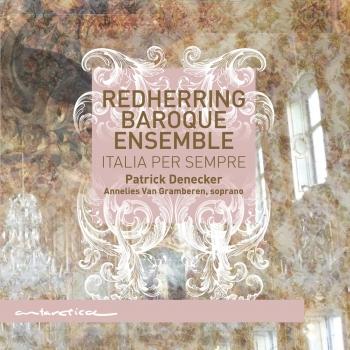