Britain’s giants of electronic music Orbital return with the bold Monsters Exist. When monsters are loose in a darkening world, we need monsters of our own to fight back.
After a barnstorming live reunion which saw them play to ecstatic audiences across Europe throughout 2017, Britain's giants of electronic music Orbital are back for good - with new music and an upgrade of the legendary live show that transformed festivals across the world.
First single Tiny Foldable Cities opened the account, an intricate piece of electro-hypnotica, takes their signature sound forward into a new and fascinating phase, heralding their first new album in five years, Monsters Exist.
Throughout 2018 they play a string of high-profile festival dates and headline shows across Europe, featuring new material alongside classics like 'Chime', 'Belfast' and 'Impact'.
This surge of creativity shows how reunited brothers Paul and Phil Hartnoll have rebuilt one of electronic music's best-loved partnerships after Orbital's surprisingly bitter break-up in 2012. They'd been onstage with Stephen Hawking at the Paralympics, in front of the whole world. They'd remixed Madonna. They'd played Glastonbury many times and travelled the world - yet were driven apart by music's strange and infamous brother-vs-brother dynamic. But now the brothers have a pact: whatever happens, Orbital does not stop. They've learned to talk and accept each other. As Paul says, "If we were both the same, then it wouldn't be Orbital." 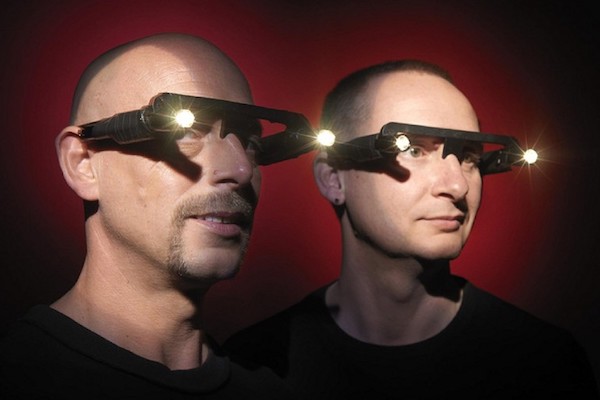