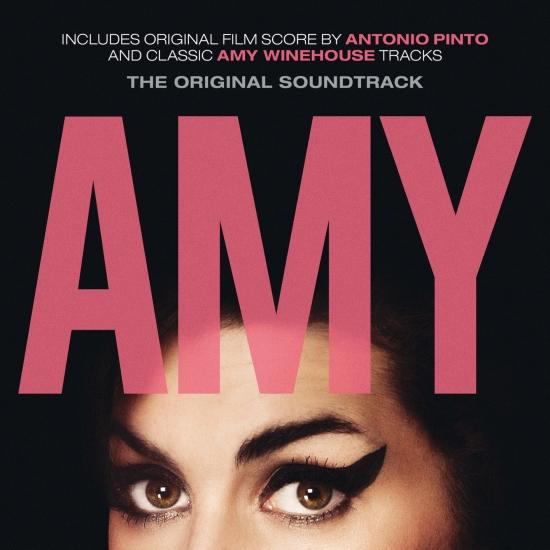 Whether you have seen the film or not, you will want to own this album. You will play it over and over. It is the soundtrack to the singer’s life and, like Amy herself, it is stunning, sensual and oozes cool creamy catharsis.
The brilliant album soundtrack is from the film, ‘Amy’, which is now officially the highest grossing British documentary of all time at the UK box office. The album consists of 23 tracks, many of them gems featuring Amy performing in different locations, live, in demo, on Jools Holland and even duetting with Tony Bennett. Her memorable, insouciant, smoky, delicious voice is the central feature of the album and she has the ability to lift, lower and launch the mood of any listener.
Roughly half of the tracks were composed by Antonio Pinto for the film score: he evokes dramatic backdrops to Amy’s story, using strings, keyboards and haunting melodies to create pathos and a poetry which undoubtedly makes a dynamic and moving film seamless.
Top tracks include an acapella/album medley of ‘Back to Black’, ‘Some Unholy War’, and ‘What is it about Men’, a live performance at the North Sea Jazz Festival.
Amy’s talent is undeniable. Glamorous, tragic, unique and impossible to ignore, she will always be a phenomenon we will want to keep alive in our ears and in our hearts. Available from 30 October, the ‘Amy The Original Soundtrack’, out on Island Records, is a must have for everyone.