Fiyo On The Bayou The Neville Brothers 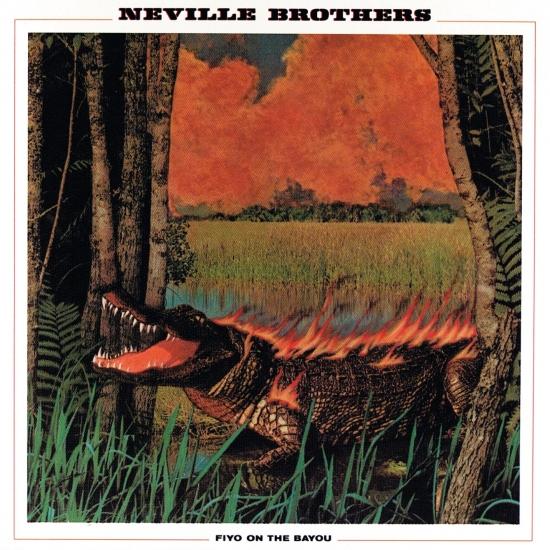 Info for Fiyo On The Bayou

A brilliant updating of the New Orleans R&B sound to include strains of Cajun, rock, and reggae on standards ranging from "Hey Pocky Way" to "The Ten Commandments of Love" and "Sitting in Limbo."
„Keith Richards thought the Neville Brothers' Fiyo on the Bayou was the best album of 1981. Most music fans never had a chance to form an opinion. "I knew it wasn't going to get played on the radio," says Cyril Neville. "So I didn't build up any false hopes. We just made the best record we could."
With Fiyo on the Bayou, the Neville Brothers — singer Aaron, keyboardist and singer Art, saxophonist Charles and percussionist Cyril — set out to capture their undisciplined sound, descended from New Orleans Mardi Gras music, while commercializing it enough to reach a broad audience.
The tracks on Fiyo on the Bayou can be divided into two distinct categories: dance-floor burners (like "Hey Pocky Way" and "Sweet Honey Dripper") and showcase ballads for the band's primo canary, Aaron (like "Mona Lisa" and "The Ten Commandments of Love").
"The first time I saw the Nevilles was at the Bottom Line, in New York," says producer Joel Dom. "They completely blew me out of the water."
Dorn pitched a Nevilles deal to A&M, which initially didn't share the producer's enthusiasm. "A&M thought the Nevilles were too ethnic and too regional," he says. Concurrently, singer Bette Midler — whom Dorn had produced and who is also a Nevilles fan — lobbied A&M on behalf of the band. The label eventually gave Dorn the green light.
A self-admitted "sucker" for Aaron's angelic voice, Dorn painstakingly surrounded it with lush orchestration. "When we cut 'Mona Lisa,' we used the New York Philharmonic," says Dorn, "and Aaron sang live in the booth. We turned out all the lights except for one spot that was focused on a Nat 'King' Cole album. He sang the whole song to that album."
Of course, everyone involved was convinced he had a hit on his hands. "It was one of the few times that I've made a record and was 100 percent satisfied when we finished," says Dorn. "I felt Fiyo on the Bayou was the culmination of my career." But the title of the album proved confusing. Both Cyril and keyboardist Art Neville had been members of the seminal New Orleans band the Meters, which had released a 1975 album entitled Fire on the Bayou! Inclusion of a new version of the Meters' signature tune "Hey Pocky Way" on Fiyo further muddied the bayou. "We wanted those songs to be heard by more people," says Aaron.
Most radio stations were just as puzzled by the Nevilles' style, which didn't fit easily into any programming format. "We just couldn't get any airplay," says Dorn. "It was the kind of record where I wished I could have gone door-to-door and said, 'Here — listen to this record!'" (Rolling Stone)
Art Neville, vocals, keyboards
Cyril Neville, vocals, keyboards, percussion
Charles Neville, saxophone, percussion, vocals
Aaron Neville, vocals, percussion
Charmaine Neville, vocals
Babi Floyd, vocals
Eltesa Weathersby, vocals
Herbert Rhoad, vocals
Cissy Houston, vocals
James Hayes, vocals
Jayotis Washington, vocals
Jerry Lawson, vocals
Joe Russell, vocals
The Persuasions, vocals
Quay Hozchen, vocals
Whitney Houston, vocals
Zachary Sanders, vocals
Carl Blouin, baritone saxophone
David Newman, saxophone
Jim Weber, trumpet
Jimmy Duggan, trombone
Joseph Fox III, trumpet
Mac Rebennack, percussion, keyboards
Wardell Quezergue, synthesizer, piano
Leo Nocentelli, bass
David Barard, bass
Herman V. Ernest III, drums
Ivan Neville, percussion
Ralph MacDonald, percussion
Kenneth Williams, percussion
Recorded at the Studio In The Country, Bogalusa, Louisiana
Engineered by Gene Paul
Produced by Joel Dorn
Digitally remastered 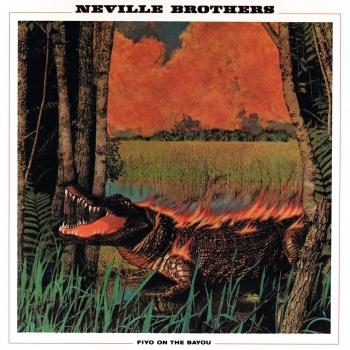 Fiyo On The Bayou 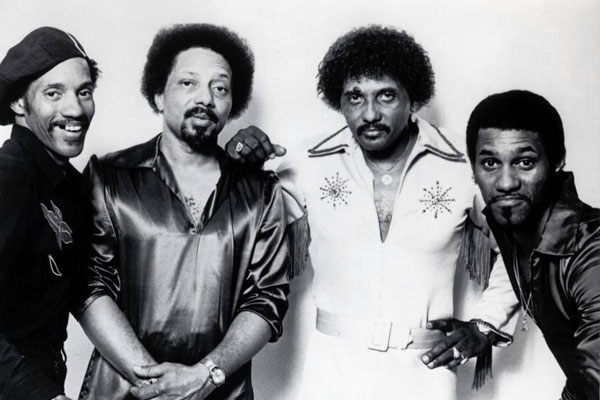 The Neville Brothers
Four powerfully unique personalities, the Neville Brothers thrive on an explosive fusion of diversity and unity. This collective of talented brothers is world-famous for its embodiment of the New Orleans sound.
Aaron, Art, Charles, and Cyril Neville have expanded the horizons of New Orleans R&B while honoring the music's roots and traditions. Drawing on the vast resources and multiple styles of African-American music, The Neville Brothers have combined R&B, jazz, reggae, and elements of rock and Zydeco with a harmony-based funk groove all their own.
No group in America can claim a more illustrious history than the Nevilles. The careers of Art and Aaron Neville began in the early 50's around the street corners, on the porches and at house parties in the notorious Calliope Projects. Energetic, but with little else to do, it was only natural for them to pick up the rhythms and moods of the city of which they were so much a part.
They played and sang the music of the streets. It was gut level and it was real. "We'd spend the whole night trying to sound like the Spaniels, the Clovers, and Sonny Til and the Orioles," said Aaron. "At dances when I was a little kid, Art would be up there singing while I'd be dancing with some girl a foot taller than me. I knew then I wanted to be a singer."
Art first came to note well before Elvis, having recorded "Mardi Gras Mambo" with The Hawkettes in 1954. "Mardi Gras Mambo" continues to get heavy airplay and respectable sales during the local Mardi Gras festivities. While Art was backing Little Richard in the studio and Larry Williams on stage, saxophonist Charles left New Orleans for Memphis, where he played with...well, everyone – Big Joe Turner, Johnny Ace, Wilson Pickett, Bobby "Blue" Bland, Willie Mae Thornton, Tee Vee Mama, B.B. King, you name them. And Aaron, who'd developed his heart-breaking falsetto after falling in love as a child with the yodeling of the singing cowboys of the silver screen, had a no. 2 smash with "Tell It Like It Is" the winter preceding the Summer of Love.
After Art, Cyril, and Aaron had played together as the Neville Sounds, Art (Who was joined later by Cyril) formed The Meters, who were acclaimed the world over as the grand masters of New Orleans' Caribbean-influenced "second line" funk style. While The Meters ruled New Orleans French Quarter, Cyril and Aaron played on Claiborne Avenue with the Soul Machine, and Charles found himself teaching at Goddard College in Vermont, a very long way from home.
Finally, after not having played together for 8 years, the brothers reunited to help record the universally acclaimed The Wild Tchoupitoulas a year after their mother's death in 1975. They credit their uncle, the flamboyant Mardi Gras Indian George (Chief Jolly) Landry, with getting them to join forces. "He told us that our mother and father had always wanted to see us work together as a band," Charles recalls. "He knew that if we got together as a family, it would happen."
It happened, all right, but slowly. None of their first few recordings as the Neville Brothers sold spectacularly, though no less than Keith Richards called "Fiyo On The Bayou" the best album of 1981. The brothers nonetheless became their hometown's best-loved local attraction. In 1988, they returned to A&M and won a Grammy with the sublime Daniel Lanois-produced "Yellow Moon." 1990's "Brother's Keeper" cemented their status as one of the most fervently acclaimed groups in American pop.
The Neville Brothers have sold millions of records worldwide and have gold and platinum records in 6 different countries. In the United States, they have been the featured performers on television from the early morning on "Good Morning America" and "Today" shows to midday on "Oprah" to late night on "Saturday Night Live," "Arsenio," "Austin City Limits," "Letterman" and the "Tonight Show." They were the stars of their own Cinemax/HBO special, which is now available for home video. They contributed the song, "Let That Hammer Fall" to the movie "Posse."
The Nevilles' music has been hailed by music writers in nearly every major periodical in the country and their live performances are legendary, moving one of America's most acclaimed young novelists, John Ed Bradley, to note in G.Q., "The Nevilles play Tipitina's, and a spooky magic happens. Fruit juice becomes a Hurricane cocktail, the fat of foot can suddenly hoof it, the blind, by God, can see."