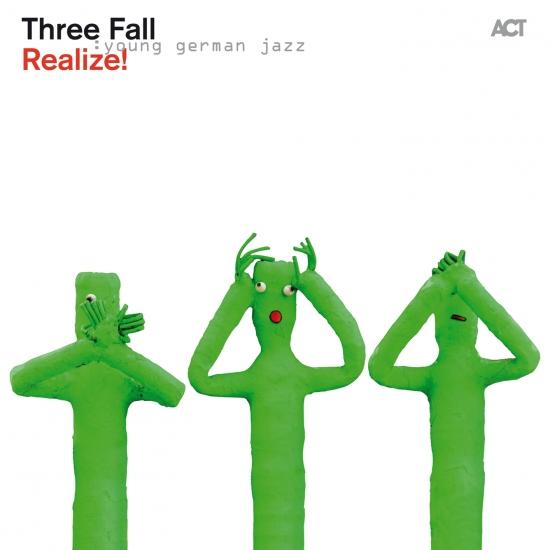 With their second album “Realize!” Three Fall now give their fans something new to enjoy. Nobody else plays like Three Fall, not because they want to be different, but because they are.
Young German jazz is in a very healthy state, and of the most extraordinary examples is the trio Three Fall. They caused a furore with debut album “On a Walkabout”, and Trombone Shorty, who the trio supported on his German tour, found them 'unique'. The Westdeutsche Zeitung newspaper called them 'refreshingly different' and the Heilbronner Stimme discovered in them 'programme music for people who don't believe in boundaries'.
Lutz Streun (Saxophone & bass clarinet), Til Schneider (Trombone) and Sebastian Winne (Drums) are now adding more fuel to the fire with their second album, “Realize!”. 'As soon as we've released an album we start looking forwards again and write new pieces,' says Lutz Streun, 'The freshness of our music is really important to us. That's why we immediately had new ideas after 'On a Walkabout'. This time we tried the pieces out live as well, and gave ourselves plenty of time. Three Fall is its own little cosmos, alone because of the unusual line-up. We want to always keep further developing our sound, and that's why we also worked with electronic effects this time.'
Once again the trio includes a mix original compositions with interpretations of rock and pop material. On the debut album they only covered Red Hot Chili Pepper songs, however this latest record includes tracks by Rage Against The Machine ('Killing In The Name'), Nirvana ('Lithium') and Coldplay ('The Scientist').
Three Fall succeeds in integrating all three covers into the album, though 'Killing In The Name' made its way into the Three Fall repertoire in a very unusual way: 'A couple wanted to book us for their wedding, which is strange enough, because we are not a gala band,' Lutz Streun recounts. 'And then they really wanted us to play this Rage Against The Machine song.And since we like it as well, we thought it would be fun.” 'Lithium' is off the Nirvana classic 'Nevermind' and 'The Scientist' is a piano ballad from the early days of the British band Coldplay, with a much-sampled and unforgettable riff. 'The album definitely needed a beautiful, warm ballad,' says Lutz Streun.
Despite the presence of these covers, Three Fall’s own compositions still hold their own, ranging from the African-influenced 'Chapa Chapa Maputo' to the striking rhythms of 'Bata' and the hypnotically booming 'Stein'. The cool melody in 'Endless' could be from Paul Desmond, and the electronic effects are unpretentious and blend seamlessly into the fabric of the song.
Sebastian Winne's mastery of his kit means you never miss a bass. Lutz Streun and Til Schneider spur each other on with succinct melody abbreviations and mighty wind riffs. They entwine each other and toss the ball back and forth. It soon becomes irrelevant whether the foundation is in hip hop, rock, world music or reggae, because what Three Fall take from jazz is most of all the freedom to do what they like.
Three Fall have made waves almost all around the globe. After a China tour last year and a Russia tour this, they have now given young German jazz a face internationally as well. 'The cities in China vary greatly,' says Lutz Streun, 'as do the audiences. But you can see that music is a universal language. We were especially touched by the enthusiastic reactions in the south of China.'
Lutz Streun, tenor saxophone, bass clarinet
Til Schneider, trombone
Sebastian Winne, drums & percussion
Produced by Marco Ostrowski
Recorded February 27 & 28, 2013 at Realistic Sound Studio Munich by Florian H. Oestreicher
Mixed by Florian H. Oestreicher
Mastered by Klaus Scheuermann 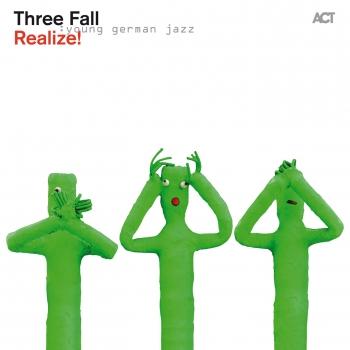 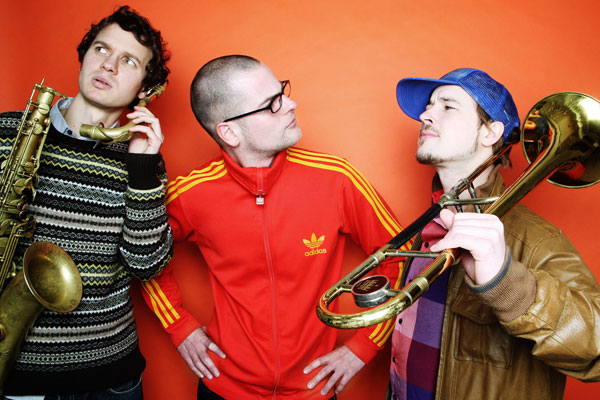 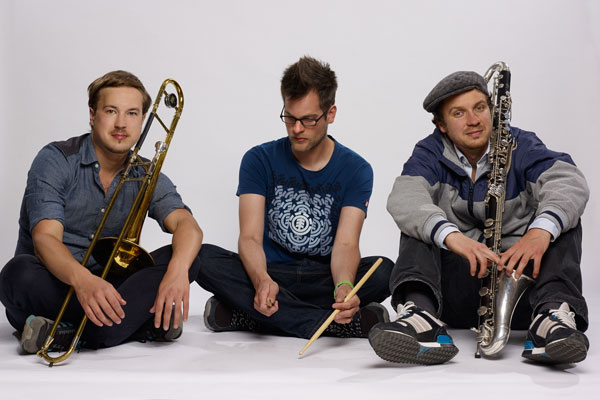 Three Fall
This young Trio which has the extraordinary composition of tenor saxophone, trombone & drums, has, in the shortest of time aquired a very positive reputation. Within the first year of its existence, Three Fall has won the Leverkusen Jazzfestival competition ‘Futuresound 2008′ as well as performing on numerous Jazz Festivals supporting for McCoy Tyner, Trombone Shorty, Nils Petter Molvaer and Medeski, Martin & Wood. This Band delights its audience with its joyful playing, its cheeky hiphop attitude, its fresh energie and especially its search for mystical moments wheter it be in day to day living, in jazz or in the tranqil moments of life.