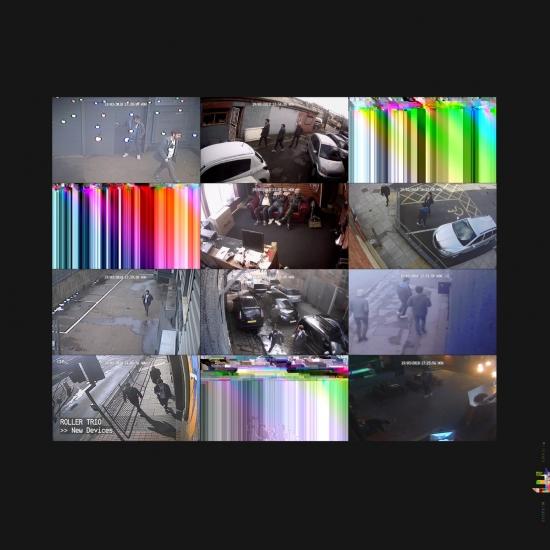 New Devices is the 3rd album from Leeds based trio and Mercury Prize nominees Roller Trio. A unique trio, their sound is modern and gritty, pushing sonic boundaries to their limits. Switching the feel of a tune in a heartbeat from edgy improv to anthemic power riffs to reverb-swamped note storms, Roller Trio are powerful and progressive. For this album, the line-up includes Chris Sharkey, a guitarist at the cutting-edge of contemporary guitar improv, alongside James Mainwaring, saxophone & electronics and Luke Reddin-Williams, drums. Their mix of high octane technicality and deceptively catchy tunes has transcended their Jazz heritage, bringing them acclaim from fans and critics alike. Their eponymous debut album was nominated for the 2012 Mercury Prize and the band were also nominated for MOBO's Best Jazz Act that same year.
The new album’s theme is as relevant as it could be in today’s social climate. New Devices reflects people’s confused relationship with technology and the public participation in self-surveillance. As James explains: ‘We couldn’t have made this album without technology, the devices used in music making and the online communication, yet we’re concerned about the future and the impact social media will have on the next generation - Do we really have a grip on our relationship with technology?’.
The music is dark, gritty and urban - menacing bass lines underpinned by squalling improvising from guitar and sax attaining ultimately uplifting fulfilment. Built from sound fragments of Leeds nightlife formed and reformed through the musical intelligence and instrumental brilliance of the three musicians it’s an exhilarating, rollicking ride - an exercise in freeform free fall, a three for all free-for-all, moderated by the musical logic and compositional rigour of the pieces.
""New Devices" lives up to its name with the members of Roller Trio embracing technology to expand the group’s sound, and doing so imaginatively and intelligently." (THE JAZZMANN)
"This third Roller album demonstrates moments of captivating dynamism and haunting beauty...an innovative and iconoclastic band..." (ALL ABOUT JAZZ)
“Something fresh from Roller Trio…electronics is now part of the arsenal of the band and they get creative with it…on the anthem track Mad Dryad." (Julian Joseph, BBC RADIO)
"Sees the arrival of a new member...Chris Sharkey, and it proves to be a game changer." (Selwyn Harris, JAZZWISE)
James Mainwaring, tenor saxophone, soprano saxophone, electronics
Chris Sharkey, guitar, bass, electronics
Luke Reddin-Williams, drums
Engineered by Ben Eyes (Moral Alignment and STUDIO VISIONARY) at the Trevor Jones Studio, University of York
Mixed by Chris Sharkey and Alex Bonney
Mastered by Peter Beckmann at Technologyworks Mastering 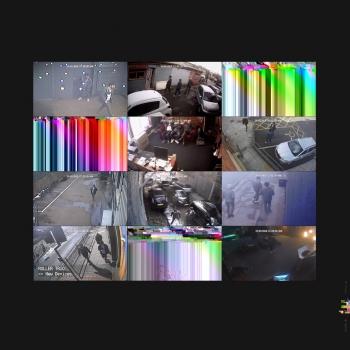 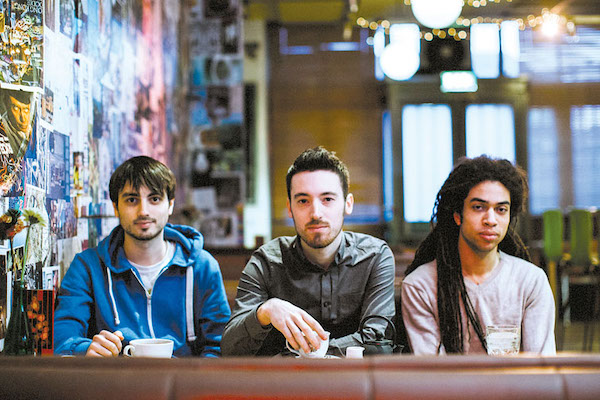 Roller Trio
Few bands have exploded onto the UK music scene with the ferocity of Roller Trio. The Leeds based twenty-somethings were picked out by ‘BBC Introducing’ in July of 2012 and subsequently garnered nominations for the MOBOs, JazzFM awards and were one of 12 Barclaycard Mercury Music Prize ‘Albums of the Year’.
Roller Trio was born out of the creative collaboration of three students of the Leeds College of Music: James Mainwairing tenor sax and electronics, Luke Wynter guitar and Luke Reddin-Williams on drums; Influenced by a wide range of music from Tim Berne, Chris Potter and Anthony Braxton to Queens of the Stone Age, Soundgarden, Slum Village, J Dilla and Flying Lotus, as well as the vibrant local scene, they also name check contemporary bands such as Heernt, trioVD, Animals as Leaders and Siriusmo.
Their own music is a fresh, visceral stew of conventional and experimental sounds that features stonking riffs, thrashy noise, evocative songs and electronic soundscapes. Incubated in mammoth improvisation sessions and honed in local gigs, their music is delivered with a captivating swagger and greedy energy that is utterly beguiling and packs a hook-laden punch.