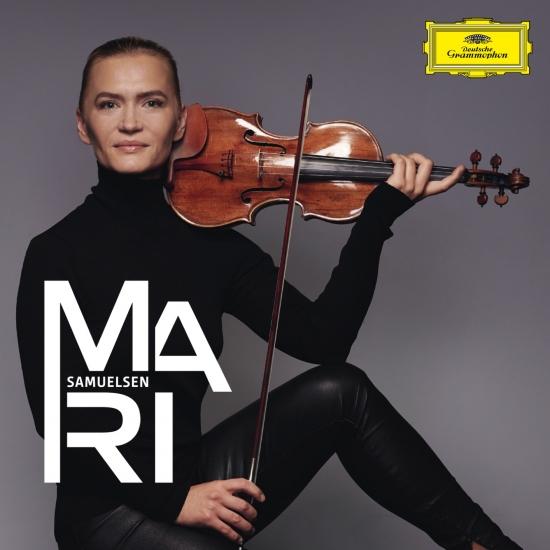 Norwegian violinist Mari Samuelsen’s debut for the Yellow Label is entitled simply MARI and is set for international release on May 31 via Deutsche Grammophon/Universal Music Canada, the country’s leading music company. Recorded with the Konzerthausorchester Berlin and conductor Jonathan Stockhammer, the album explores the contradictions of contemporary life – the fact that, despite the excitement of city life and the convenience of instant communication and express travel, many of us still feel a need to ground ourselves in the peace and quiet of the natural world. Mari herself was born in rural Norway and goes back to the family farm as often as her schedule allows. She was keen, therefore, to choose a selection of music echoing the conflicting pulls on our time and energy.
At the emotional heart of the album is Bach’s Chaconne in D minor, whose serenity Samuelsen has chosen to counter with the nervous agitation of “Knee Play 2” from Philip Glass’s Einstein on the Beach. The rest of the programme of her DG debut grew organically from the seeds of Bach and Glass, tracing themes of change and renewal, from the increasingly complex variations of the Chaconne to the expansive melodic development of Clark’s Mammal Step Sequence. The album also combines familiar repertoire with brand-new pieces from some of today’s leading composers and musicians.
Mari tested different combinations of compositions, carefully considering the ways in which they related to one another and to the whole. The finished recording contains pieces as diverse as Vladimir Martynov’s The Beatitudes, Peter Gregson’s Sequence (Four), arrangements of Jóhann Jóhannsson’s Heptapod B and Brian Eno’s song “By this River”, and Pēteris Vasks’ Vientulais Engelis (“Lonely Angel”). The mix also includes four works by Max Richter, with whom she collaborates on a regular basis, including “Vocal”, for solo violin, and the wonderfully hypnotic “November”.
As MARI reveals, Mari is an artist with a fresh and intelligent vision of the world. She respects the masterpieces of the past but is fearlessly adventurous when it comes to new repertoire and innovative musical partnerships. An advocate of creative communication and attentive listening, she understands that we all yearn for moments of quiet contemplation. “The need to go into a room and just listen to sound – almost like sound therapy – is bigger than ever,” she observes. “People are hungry for it, and I wanted to use my creativity to collaborate and experiment with some of the great people living today. Slowing down, and people leaving their busy lives behind, is only going to become more important, so there will be more room for this type of collaboration, and this type of music, in the years to come.”
Mari Samuelsen, violin
Konzerthausorchester Berlin
Jonathan Stockhammer, conductor 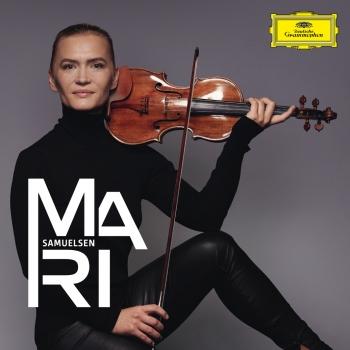 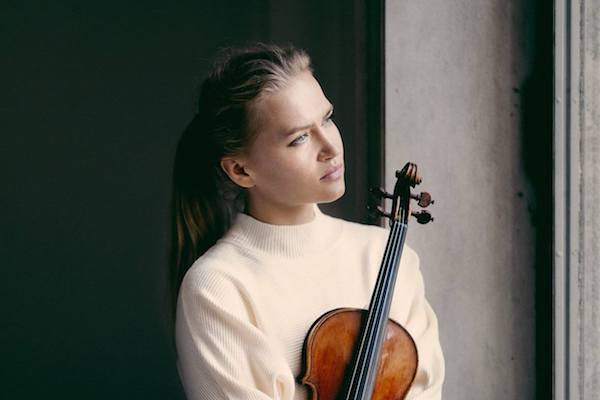 Mari Samuelsen
Norwegian violinist Mari Samuelsen has enjoyed a remarkable rise on the international concert stage through a characteristic mixture of artistry and enterprise. Her concerts combine a breathtaking musical finesse and virtuosity and an imaginative and innovative approach to presentation.
Mari has appeared as soloist at some of the world’s most prestigious venues including Carnegie Hall, New York; Théâtre des Champs-Elysées, Paris; Konzerthaus, Berlin; Smetana Hall, Prague; Kremlin Hall, Moscow and the Victoria Hall, Geneva. Recent performances have included a return to the Barbican, London; debuts at the Hollywood Bowl with the Los Angeles Philharmonic, and with Kristjan Järvi and the MDR Symphony Orchestra, Leipzig and performances in Munich and Luzern.
She works regularly with composer Max Richter, as soloist in concert performances of his works ‘Recomposed’ (most recently in Leipzig and Paris) and ‘Memoryhouse’.
Future highlights include opening this year’s Montreux Jazz Festival, Philip Glass’s double concerto in Istanbul, performances at the Bremen Musikfest and the release of her solo album, ‘Nordic Noir’ (Universal) featuring new works from contemporary Nordic composers.
For the past two years, alongside her brother, Håkon, Mari has been artistic director of the Yellow Lounge in Norway, bringing the Berlin-born clubnight to Oslo and collaborating with partners such as the pre-eminent video artist, Philipp Geist. Their debut album, Pas de Deux, on Mercury Classics (Universal), included a new work written for them by the Oscar-winning composer, the late James Horner. It went straight to no. 1 in the Norwegian pop charts, the first classical album to do so in more than 20 years.
Mari Samuelsen plays the ‘Duke of Edinburgh’ Stradivarius 1724, generously on loan from Florian Leonhard Fine Violins, London.