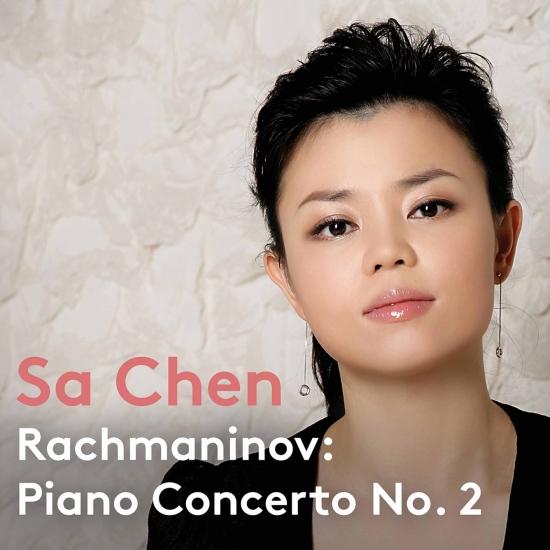 Info for Rachmaninoff: Piano Concerto No. 2 in C Minor, Op. 18

Sa Chen here gives serviceable performance (in splendid sound) of two concerto warhorses. The Pentatone label seems to have cornered the market in surround sound recordings of the great concertos, but it was perhaps inevitable that their unbroken series of definitive recordings would inevitably move down from the Parnassian slopes -- as here. These performances (while eminently musical) perhaps lack that final ounce of passionate commitment to be found in so many other concerti recordings on the Pentatone label. Nevertheless, a case can be made for these readings of two thoroughly musical performances, recorded in customary Pentatone splendour. (Classical CD Choice, Barry Forshaw)
"Hyperion’s far-ranging Romantic Piano Concerto series, now approaching 60 volumes, has been incalculably valuable, if, for no other reason than for making us aware of the sheer profusion of concerted works written for piano and orchestra throughout the 19th and early 20th centuries. And while not every one of the compositions has been a masterpiece, many have struck me as being at least equal, if not superior, to Grieg’s contribution.
Now here comes Sa Chen, a young, prize-winning Chinese pianist, serving up yet another recording of Grieg’s battle-fatigued warhorse. Yet I have to say that if anyone can persuade me that it’s a better piece of music than I think it is, Chen is the one to do it. Her performance is a powerhouse packed with pianistic prowess. Ronald E. Grames, in his review of Chen’s Pictures at an Exhibition (Fanfare 33:3), quotes a friend as saying, “She plays like a man.” If by that he meant that Chen possesses the strength in her fingers, hands, wrists, arms, shoulders, and upper torso to send the piano’s keys right through the bottom of the keyboard and onto the floor, then I’d have to agree. But, of course, there’s more to her playing than sheer muscularity; she’s equally responsive to the music’s poetic gestures and moments of melodic suppleness. Grieg’s concerto has never sounded more convincing than it does in Chen’s performance." (FANFARE, Jerry Dubins)
Sa Chen, piano
Gulbenkian Orchestra
Lawrence Foster, conductor 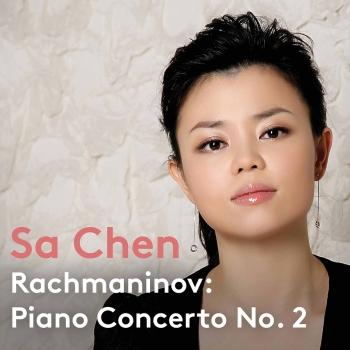 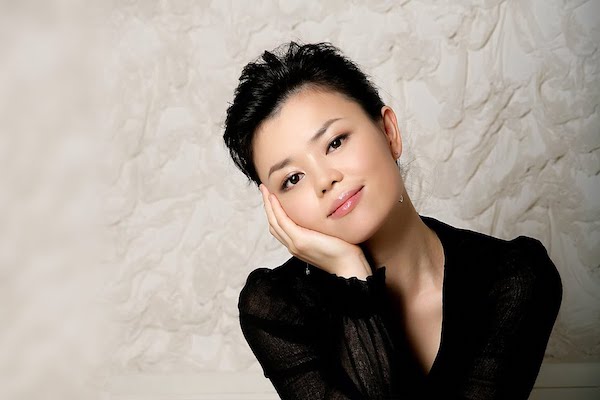 Sa Chen
Prize winner in three of the world’s most prestigious competitions and publicly praised by Emmanuel Ax, Paul Badura-Skoda and Joseph Kalichstein, SA CHEN has been delighting audiences in major tours and impressive collaborations throughout Europe, China, Japan, and the United States. Her first major performance was in 1996, when at age 16, she was seen live on BBC Television, competing in the Final of the prestigious Leeds International Piano Competition, with Sir Simon Rattle conducting the City of Birmingham Symphony. The British public was captivated.
As a soloist, Sa Chen has worked with many celebrated conductors such as Semyon Bychkov, Edo de Waart, Sir Simon Rattle, Leonard Slatkin, James Conlon, Louis Lane, Miguel Harth-Bedoya, the late János Fürst, Ilan Volkov, Kazimierz Kord, Bernhard Gueller, Long Yu, Muhai Tang, Jan Krenz and Howard Griffiths, among many others.
Orchestral collaborations include the Los Angeles, Hong Kong, Polish Warsaw, Israel, Strasbourg, Stockholm Royal and Buffalo Philharmonic Orchestras, the Milwaukee, Pittsburgh, New Zealand, Singapore, Fort Worth, Bern, Latvian National and WDR Symphony Orchestras, Orchestre National du Capitole in Toulouse, the City of Birmingham Symphony, Camerata Salzburg, the Tokyo Metropolitan Symphony, Residentie De Haag and all the major orchestras of China, among many others.
Sa Chen was born in Chongqing, China. She began her musical studies at the Sichuan Conservatory of Music and then at the Shenzhen School of Arts with Prof. Dan Zhaoyi. In 1994, Chinese President Jiang Zemin listened to her performance and interviewed her along with Prof. Dan. Following her success in Leeds in 1996, she was subsequently offered a scholarship at the Guildhall School of Music and Drama, London, where she has been studying with Prof. Joan Havill and obtained Master Degree in Performance. Since 2001, Sa Chen also studied with Prof. Arie Vardi at the Hochschule für Musik und Theater Hannover.
Major awards and honors began in 1994 for Sa Chen, when she won first prize at the 1994 China International Piano Competition. Winning fourth prize in the Leeds International Piano Competition 1996 as the youngest contestant in the competition, marked the beginning of Sa Chen's international career. This was followed by Second Prize at the Dudley Millennium Competition 2000 and at Guildhall: the 1999 Spender Boney Memorial Prize, Silver Medal and Crystal Glass Trophy in the Gold Medal Concerto Competition 2000, First Prize of the Beethoven Competition 2000, and the Concert Recital Diploma Premier Prix of Guildhall 2000. She also claimed the Best Polonaise Performance Award as well as the Fourth Prize overall in the 14th International Chopin Piano Competition in October 2000. Her Crystal award in the 12th Van Cliburn International Piano Competition confirmed her reputation of one of the most outstanding pianists in the world today, and also made her the only pianist to win award in all top three piano competitions.
Recital and chamber music has also figured highly in Sa Chen’s career. Gidon Kremer chose her as performance partner on many occasions, and she was invited to perform with Gidon Kremer and Nicolaj Znaider in the Kronberg Chamber Music Festival and Kammermusikfest Lockenhaus. In 2000 and 2001, she was invited for a 20-concert tour throughout Japan and she was selected in the prestigious Tokyo series “The 100 Great Pianists of the Twentieth Century”. She has performed at the Kennedy Center, Barbican Centre, Wigmore Hall, Purcell Room, Cadogan Hall, (Warsaw) Philharmonic Hall, the Sala Verdi in Milan, Broadcast Hall in Berlin, the Zurich Tonhalle, and many many others.
Sa Chen’s debut disc “Chopin Impression” was released in 2003 under the JVC label, and her second CD was released in 2005 on on the harmonia mundi label in the US. She was then signed by PentaTone for three years, 4 SACDs. The first album of which – Chopin Concerti – was released in 2008.
Recently, Sa Chen performed with Los Angeles Philharmonic (Hollywood Bowl series), Bremen Philharmonic, Orchestre National du Capitole in Toulouse (Tugan Sokhiev), Milwaukee Symphony Orchestra (Edo de Waart), Stockholm Royal Philharmonic (Edo de Waart), toured China with the Hong Kong Philharmonic, participated in the Beijing Piano Extravaganza as well as a solo recital in the China National Center for Performing Arts.
Sa Chen was named as one of top ten focused Chinese artists of 2009 by L’OFFICIEL magazine – the only female to be so honoured. She appeared in the Heart of Music and Encore, the film documentaries about the 2005 Cliburn Competition which was aired on PBS stations across the United States in 2005. Gramophone magazine chose Sa Chen as its featured artist for the launch of its Chinese edition. A documentary about her produced by RTHK was telecast on Hong Kong satellite TV network and CCTV .