The Time is Now David Hazeltine 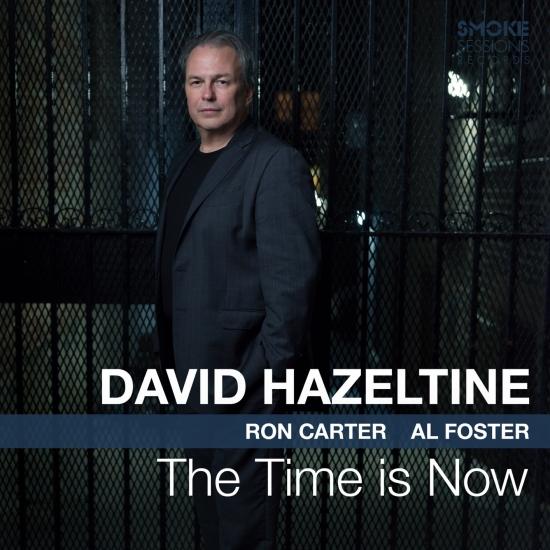 Info for The Time is Now

We all have it: that nagging list of things we’ve been meaning to get to, projects we’ve been thinking about for years, goals that we just keep putting off for another day. With The Time Is Now, pianist/composer David Hazeltine decides to finally seize the moment and bring one of his long-delayed dream projects to fruition. The new album, due out October 26 via Smoke Sessions Records, finds one of the top pianists of his generation forging an impeccably swinging partnership with two other masters: bassist Ron Carter and drummer Al Foster.
As usual, it took a heady dose of reality to inspire Hazeltine to take this trio outing off of the back burner and bring it to life. Nearing his 60th birthday (which will coincide with the release of the new record), Hazeltine faced a health scare that forced a change in perspective. Realizing that there’s no time like the present, he insisted on finding a time in three very busy schedules when these great artists could share some time in the studio.
These men all come directly from the straight-ahead jazz tradition; though Hazeltine is a generation younger than his two bandmates, he spent many years working with such giants of the music as Sonny Stitt, Chet Baker, Eddie Harris, and Buddy Montgomery. He’s since become one of the leading torchbearers for that estimable standard, both on his own and through his work with the swinging super-group One For All. His efforts have made him one of the most-streamed straight-ahead jazz artists alive today, and he’s passing his knowledge onto new generations through his teaching, clinics and online workshops.
On this occasion, Hazeltine had no interest in reinventing the wheel, but set out to create amazing music from familiar ingredients – just as Carter and Foster have done throughout their remarkable careers. “I’ve always thought of creating music – and perhaps all art – as a way to impose order on a chaotic world,” he says. “It’s an opportunity to make beautiful the not always beautiful human condition, and I was so happy to finally have Ron and Al to do it with me!”
Those qualities are on full display throughout The Time Is Now, from the tasteful elegance of Hazeltine’s title track through the blistering closer “Signals,” a showcase for Foster’s crisp attack and mighty sound. While he had spent countless hours listening to both men’s work, and had a good deal of experience playing with Foster, Hazeltine faced a daunting task in writing for the trio – the three had, after all, never worked together as a band, and he’d only shared the studio with Carter on one other occasion.
“I wanted to do something new and push myself out of my comfort zone when composing and arranging for this recording,” he says. “I’d never recorded trio with Ron and Al and I knew that I wanted the music to be above all beautiful, swinging, and harmonically interesting, yet not overly arranged. That would allow the three of us to do what we do best: creating and improvising on a framework.”
After the opening track allows all three men to display their nimble agility, a joyful surprise comes in the form of the theme from “The Odd Couple,” reimagined as a wistful waltz. Hard to believe that the theme song from a 40-year-old sitcom could dance with such weightless grace, but that’s the magic of this gifted trio. Hazeltine then switches gears again, with a Latin-flavored twist on “Smoke Gets in Your Eyes” that suggests the haze of a sweltering nightclub rather than the usual fog of remorse.
Foster’s lithe brushwork provides the shuffling foundation for a breezy take on “Cabin in the Sky,” while Carter’s robust walking is the strong but pliable spine of “Blues for Eddie,” Hazeltine’s tribute to one of his mentors, saxophonist Eddie Harris. “We all know that Eddie was one of the most innovative guys to ever play the saxophone,” the pianist says, “but he’s also one of the most under-appreciated. Most people knew him for his pop or funk tunes, like ‘Compared to What’ and ‘Listen Here.’ But live, he would play a lot of swinging jazz and people would leave scratching their heads. He was a different kind of performer than his reputation suggested.”
Hazeltine takes a solo turn at the piano for a sunset-shaded rumination on James Taylor’s “Don’t Let Me Be Lonely Tonight,” eloquently capturing the original’s desperate plea for companionship without a word needing to be sung. His triomates offer a comforting response with Hazeltine’s tender “When I’m Here With You.”
When discussing difficult situations or misfortune with his wife, Hazeltine is given to suggesting that they “parlay” their bad luck into something better. That verbal habit provided the tongue-in-cheek title for “The Parlayer,” perfectly matching its sly, sharp-witted humor. Rarely since the days of its composer has Duke Ellington’s immortal “In a Sentimental Mood” been embodied so well as when these three masters imbue it with such aching, heartfelt sentiment.
Leading up to the brisk barrage of the aforementioned “Signals,” Hazeltine’s “Muse of Montgomery” pays homage to another important mentor from the pianist’s formative years, pianist Buddy Montgomery. The youngest of the famed Montgomery brothers (following Wes and Monk), Buddy spent more than a decade living in Hazeltine’s native Milwaukee. “When I was growing up, Buddy played six nights a week for years in a hotel lounge called the Bombay Bicycle Club. A bunch of us would go down there on almost a nightly basis and I got to know Buddy pretty well, and became a major influence on me. That tune is my representation of the way that Buddy would approach a tune.”
Finally having the chance to hear these three masterful musicians conversing together, one may regret that it hasn’t happened sooner, or more often. But in the hands of such visionary and skilled artists, The Time Is Now is a notion that’s always true – no matter the time.
David Hazeltine, piano
Ron Carter, bass
Al Foster, drums 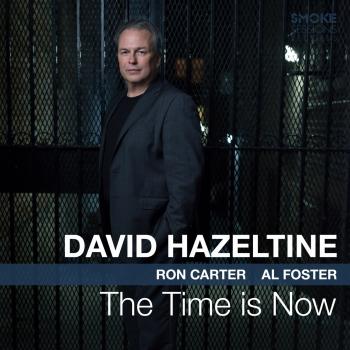 The Time is Now 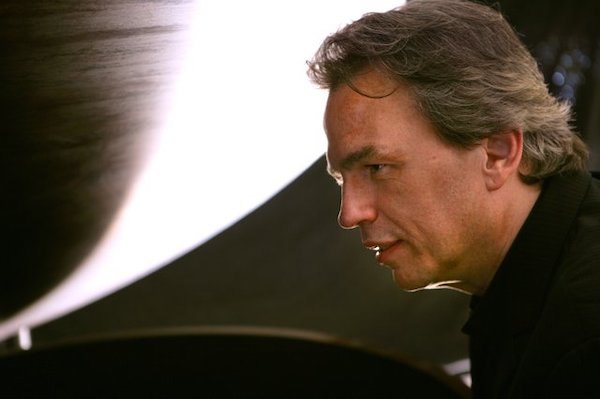 David Hazeltine
is one of a handful of contemporary pianists who has mastered all of the major musical skills, from improvisation and technique, to accompaniment, arranging, and composition. Even more impressive, David is the rare artist able to innovate in each category. Thus it’s no surprise that he’s the most recorded contemporary jazz pianist of our time, having recorded thirty five cd’s as a leader and hundreds more as a sideman, on various major labels globally. A Milwaukee native, David was playing the clubs as a preteen, and before he’d even come of age he was already grabbing the attention and respect of jazz legends like Sonny Stitt, and Chet Baker. They urged him to make the move to New York City, which he did in 1992.
The mark of a true artist, David’s style appeals to a wide range of musical tastes and levels of sophistication. His melodies and harmonies are beautifully complex and memorable. As a composer and instrumentalist, he has developed a signature style that is readily recognizable. His cooperative group “One For All” featuring tenor great Eric Alexander, has attained critical acclaim with their impressive 16 cd discography, and live concerts worldwide including appearances at the North Sea Jazz Festival and the Newport Jazz Festival.
Hazeltine is one of the most sought after pianists today. He has worked with some of the world’s most respected jazz legends including James Moody, Eddie Harris, Jon Faddis, Joe Henderson, Pepper Adams, Jon Hendricks, and Marlena Shaw. David is known for taking a familiar or unexpected song and making it new, making it his own. He effortlessly transfers this skill from song to stage. Whether he’s composing or interpreting, accompanying or leading, you are certain to end the set remembering the sounds of David Hazeltine.
A brilliant teacher, David is also determined to carry the art forward to the next generation. Formerly an Associate Professor at Berklee, he currently teaches at SUNY-Purchase in New York. David is also a highy skilled clinician, and has served on the Jamey Aebersold Summer Jazz Camp faculty for the past 15 years. His teaching has had a major impact on many of today’s young professional pianists including Ben Markley, who published his doctorite “The David Hazeltine Method” based on his lessons with Mr. Hazeltine. Hal Leonard has published the new “Real Book - Enhanced Edition”, featuring David’s own re-harmonizations of 200 well known standards.