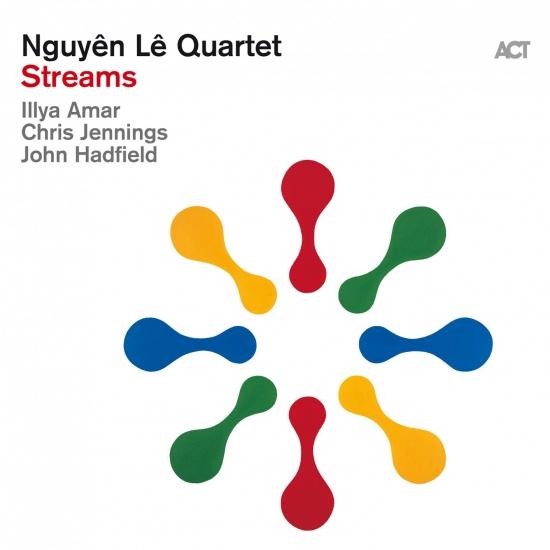 World jazz in motion. Nguyên Lê's music is in constant change. Since over 30 years the French guitarist with Vietnamese roots combines jazz and worldmusic in a unique fashion. "Streams" continues this tradition, but unlike Lê's recent projects, with a stronger jazz-focus but nevertheless inspired by Indian and North African rhythms, Vietnamese melodies, oriental accents and un-heard, imaginary folk music.
The only constant about Nguyên Lê’s career is that it’s always evolving. The Paris-born and based musicianhas established himself as a preeminent voice in combiningmyriad global musics with Vietnamese influences in thrillingand groundbreaking ways. His latest release, Streams,continues in that tradition. The album is a collaborationbetween Le and the worldly-minded talents of Americandrummer John Hadfield, Canadian bassist Chris Jenningsand French vibraphonist Illya Amar.
“Every album of mine is kind of the contrary of the one I did before, with its own story,” says Le. “Streamsis more jazz than previous projects, in my most personaldefinition of the word. I started doing world jazz’ with1996’s Tales from Viet Nam and 1998’s Maghreb &Friends. Integrating jazz and world music has been a longprocess across many subsequent albums. Now, I want toreveal where this journey has brought me today and howeach cultural idiosyncrasy has melted into my ownvoice. Every tune on Streams has some inner ethnicinspiration. There are lots of Indian rhythm concepts, manyIndian and Vietnamese phrasings, Oriental melodic shiftsand accents, and rhythms from Maghreb—as well asunknown references to imaginary traditions.”
Each tune on Streams explores engaging and complex compositional perspectives. “‘Subtle Body’is a song with zones of different time signatures followingeach other seamlessly,” says Le. “‘Bamiyan’ is aboutrhythmic subdivisions, groupings and equivalencies. In fact,Streams has some of the most difficult music I’ve everwritten. But there’s always a focus on melody, whichensures the songs don’t sound mathematical. For instance,‘Mazurka’ has a romantic melody, followed by strongrhythmic development, based on the song’s unique WestIndian and Polish roots. I like to think all of Streams’ musicshowcases the journey of cultures, and how culturestransform themselves when they travel.”
“This group is a great symbiosis of musicians, human beings and artistic personalities,” says Lê. “I’ve known Illya since he was three. He's my stepson and I saw him grow up and become a fantastic vibraphonist. He has been intimate with all the aspects of my music and is now part of several of my bands. I’ve known Chris for over 10 years. He provides such solid foundations which are rare to hear in funky grooves for an acoustic bass player. At the same time, he makes every bass line sing. Chris introduced me to John, who has a deep love of indigenous traditions. He has traveled extensively to India, Peru, Mongolia, the Middle East, and Indonesia to learn the rhythms and instruments of each of these cultures. All three have deep ethnic musical experiences and knowledge that make them understand my music immediately.”
For Lê, an essential element of jazz is having an open mind and open ears. “Because it's based on collective improvisation, jazz is about listening to the other musicians and reacting and adapting your musical speech to the other on the spot,” says Lê. “This essential dialog and interplay makes jazz musicians the most empowered for cross-cultural dialogues. The Streams quartet is one of my favorite examples of opening up that dialog. It creates rich musical conversations that, while grounded in jazz, ultimately transcends genres, enabling listeners to simply focus on and enjoy the music. I believe a new world of inspiration is opening up between tradition and modernity, East and West, and North and South. Streams is the embodiment of that idea.”
Nguyên Lê, electric guitar, electronics
Illya Amar, vibraphone
Chris Jennings, acoustic bass
John Hadfield, drums, percussion
Producing, mixing & additional recordings by Nguyên Lê at Louxor studio, Paris,France, August & September 2018
Recorded by Hugo Bracchi at Midilive Studios, France, July 2018
Mastered by Klaus Scheuermann
Produced by Siggi Loch 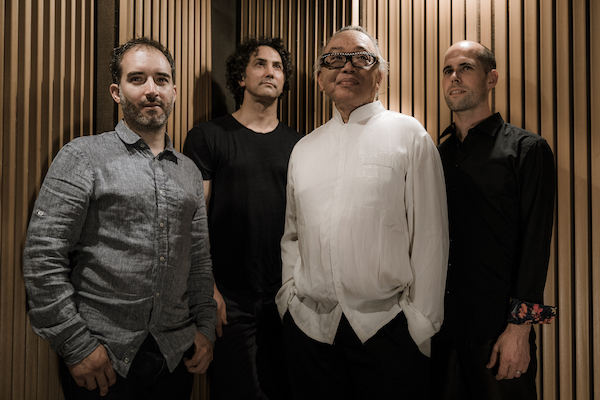