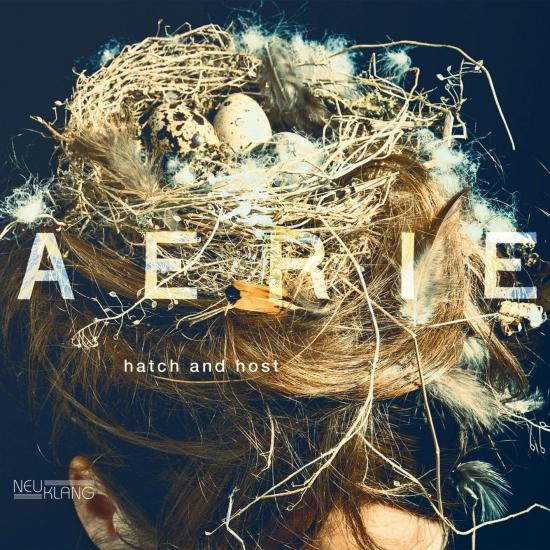 Info for Hatch and Host

Debuting multi-national five-piece AERIE began life in Austria born out of a musical meeting of minds three years ago when Irish tenor saxophonist Sam Comerford first began to play together with the Swiss alto/soprano saxist Ingo Hipp.
Now on an album full of Hipp’s highly analytical thought-laden compositions – joined by guitarist Laurent Méteau, Estonian bassist Peedu Kass and drummer Matthew Jacobson to complete the line-up – recording in Germany the heart of the album certainly in the opening tracks depends on the tight interconnectedness between saxophones and guitar.
Loosely cool school verging on maths jazz in flavour, squally freeer passages are however dotted about on a track such as the explosive ‘Antagonism’, there is sometimes a heavy air of laboratory introspection about the direction of the music although this studious air is alleviated by the unexpected twists and turns harmonically and metrically the band choose to make and the freedom the band manage to exploit in their performance dynamic.
Everyone takes their time and this isn’t a mad frantic dash to the finish line by any means, the loose rhythmic structures sculpted by Jacobsen recalling maybe the more experimental side of Paul Motian allowing plenty of room for patient development. The more Méteau lets go and moves into a kind of Mary Halvorson style, say on ‘Whatever’, the more engaging the album becomes. (Marlbank)
Ingo Hipp, alto- /soprano saxophone
Sam Comerford, tenor saxophone
Laurent Méteau, guitar
Peedu Kass, bass
Matthew Jacobson, Drums 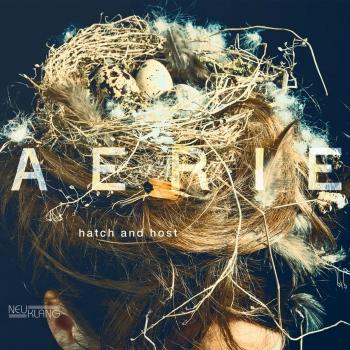 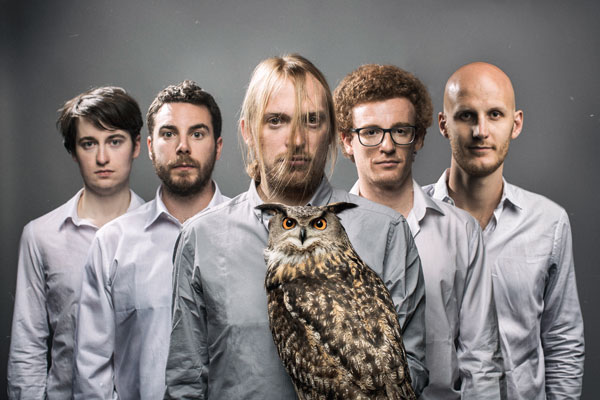 AERIE
is a quintet lead by German saxophonist Ingo Hipp. He founded the band in 2013 and they have since played over 30 concerts around Europe. The band will be on tour - launching their new album 'hatch and host' (Neuklang Records) - from September 2015.
Although the instrumentation is that of a typical jazz quintet - saxophones, guitar, bass and drums - the group strive to avoid the clichés of modern jazz, always searching for a fresh take on forms and structures as well as instrumental functionality.
It is lively in the *aerie so expect the unexpected: crazy flights, elegant sails, diligent hunting, always checking for limits. AERIE creates exciting modern jazz, connecting written material and improvisation with rock and jazz grooves. Structures are expanded and melt down, to be put together again in a fresh way.
Live, AERIE continues to catch audiences by constantly varying the shape of their music.