Songs From The Road Layla Zoe 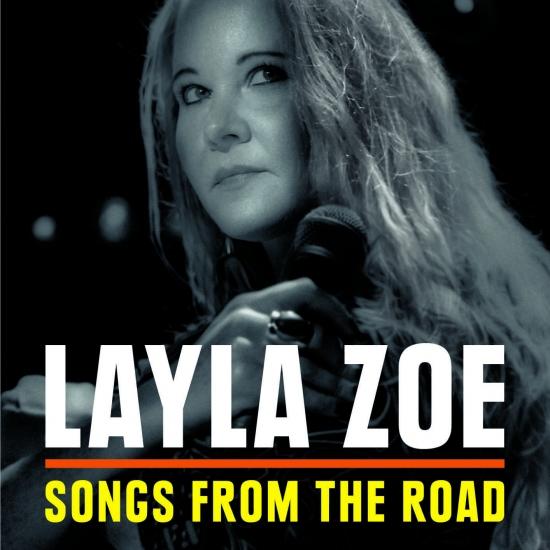 Give Layla Zoe a stage and she'll show you magic. In a world of choreography and Autotune, this is one performer who does it the old-fashioned way, digging deep, summoning a smoke-and-whisky vocal, leaving it all on the stage and sending breathless fans out into the night to spread the word. "For me", says Layla, "there is nothing as satisfying as being on stage with my band, giving my heart to the fans, through music. I like to write songs, I enjoy being in the studio, but the live shows are the reason I love my job so much. I am so excited to finally be able to offer a live DVD to my fans because they have been asking for one for so long."
It's true: after twelve years and ten internationally acclaimed albums, a live DVD was the only thing that Layla had still to achieve in her triumphant early career. There was the post-millennial breakout on the local circuit in Canada ("She's created probably the biggest buzz vocally of any singer I've heard about in years in Toronto," noted late blues great and friend Jeff Healey). There was the debut album of 2005. The hook-ups with luminaries from Henrik Freischlader to Sonny Landreth. The global breakthrough of 2013's The Lily (dubbed "thrilling" by The Blues) and last year's Breaking Free (hailed for its "passion and integrity").
As Layla conquered the planet - both on her own headline tours and Ruf's Blues Caravan - her growing fanbase demanded a full-length audio-visual release to relive those wild nights. And in 2017, with the Songs From The Road set, the wait is finally over. From her opening battlecry on Backstage Queen - "Oh little girl, where are you going to?" - the Canadian has the listener in the palm of her hand, whether you were lucky enough to be on the front row at the Hirsch club in Nuernberg, Germany, on March 21st, 2017, or are catching up now from the comfort of your home. "The audience was filled with familiar faces when we recorded that night," remembers Layla, "and the energy was perfect".
Layla's once-a-generation voice and livewire stagecraft might be the chief focal point, but she's quick to acknowledge the stellar engine room provided by the flamboyant Jan Laacks (guitar, talkbox and backing vocals), the rock-steady Christoph Hübner (bass and backing vocals) and the seismic driving force of Claus Schulte (drums and backing vocals). "It was a special show," she says, "because I am really happy with my band right now, they are all fantastic musicians and lovely people to work with on and off stage."
Of course, the other vital ingredient is the setlist. Ever since Layla fell for the treasures of her father's vinyl collection as a teenager, she's shot for the same heights, and the Songs From The Road tracklist takes in everything from blues and gospel to spring-heeled soul. Long-time fans will be delighted to hear her rewind the reels with Pull Yourself Together - taken from 2011's Sleep Little Girl - and revisit The Lily with the rolling Why You So Afraid and the blues bounce of Never Met A Man Like You. As Layla reminds the crowd at one point: "Anything is possible tonight."
And yet, for this questing performer, it's more about the here-and-now than past glories. As such, you'll find plenty of songs from Layla's most recent Breaking Free release, including the wistful A Good Man, the country-tinged Sweet Angel, the glistening Hendrixian balladry of Why Do We Hurt The Ones We Love, Run Away's powerhouse groove ? and the fearless socio-political commentary that drives Highway Of Tears. "This is a song I wrote for the native Aboriginal women of Canada that have gone missing and been murdered," she explains. "It''s a difficult thing to talk about. So instead I'm going to sing about it."
More than just a live album, Songs From The Road is a visceral snapshot, catching a world-class talent at the height of her powers, as she runs the emotional gamut in song and takes you along for the ride. "My show is raw, honest, emotional and intense," says Layla. "People often say they're moved to tears at my shows, and I feel it's important that I give everything I have to my audience. I rip people's hearts out ? and then I put them back in. . ."
Layla Zoe, guitar, vocals
Jan Laacks, guitar, talkbox, backing vocals
Christoph Hübner, bass, backing vocals
Claus Schulte, drums, backing vocals 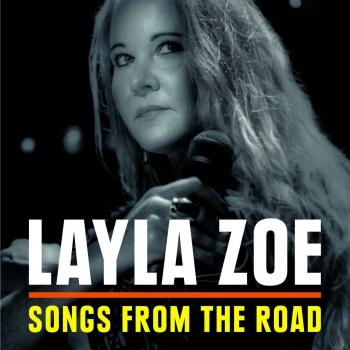 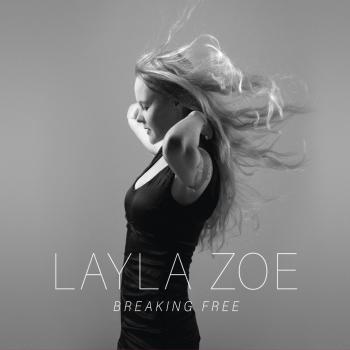 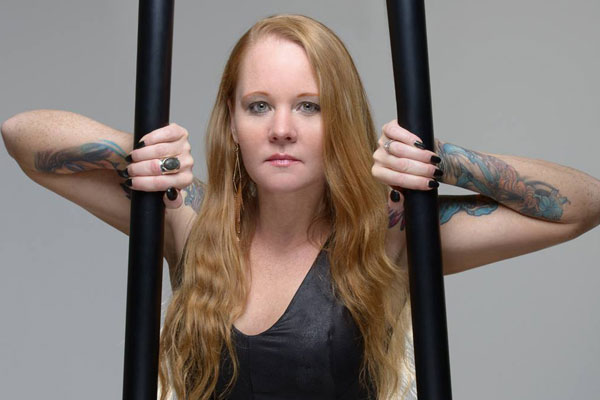 Layla Zoe
Named "Canada's Darling of the Blues" by the press and often compared to Janis Joplin for her raw and emotional performances on stage, Layla Zoe was born in British Columbia, Canada in the late 70's. Raised on her father's love of the blues and a diverse record collection, she started singing at an early age and had her first experiences on stage with her father's band at age fourteen. Now after releasing seven albums (You Will, Shades of Blue, Live at Errington Hall, Hoochie Coochie Woman, The Firegirl, Sleep Little Girl and The Lily), penning a self-published book of poetry (Diary of a Firegirl), and moving from BC to Toronto to Montreal in the past 7 years, Layla has gained a reputation as one of the hardest working young blues women in Canada.
Following a win at the Compo10 Blues Songwriting Competition in Finland in 2006, Layla began touring Europe and has made a name for herself on festival stages and blues clubs in Germany, Belgium, Luxembourg, France, Switzerland and most recently the Czech Republic and Poland. Receiving high praise from the late Jeff Healey after performing with him at his club in Toronto, Layla continues to wow audiences all over the world with her "Blues Fire." Layla Zoe's sixth album "Sleep Little Girl" was released on Cable Car Records in Germany in late 2011 and her latest album "The Lily" also released on Cable Car Records in 2013 has taken her music and presence in the blues community to a new level. Her collaborations with German Guitar sensation Henrik Freischlader who produced the albums "Sleep Little Girl" and "The Lily" have brought Layla's music into the spotlight in the European blues scene and both albums have received critical acclaim all over the world.
"She has created probably the biggest buzz vocally of any singer I've heard about in years in Toronto. All of the comments, compliments and credos going around the city about her are not unfounded. She is wonderful."-Jeff Healey
"Don't doubt this contemporary blues Amazon for a minute. Zoe's album gets to places others can't reach." -Frank John Hadley (Downbeat magazine/USA)
"Layla is possessed with one of those fantastic Maggie Bell, Janis Joplin or Kitto voices that reach down into your soul and is able to rip your heart out."-Graeme Scott (Blues Matters Magazine /UK)
"Layla Zoe is a terrific singer/songwriter. - Sonny Landreth (Guitarist and songwriter/USA)
"Layla is a GREAT voice. Do not miss this."-Kofi Burbridge (Tedeschi Trucks Band/USA)