Death of the Party (Bonus Track Version) The Magic Gang 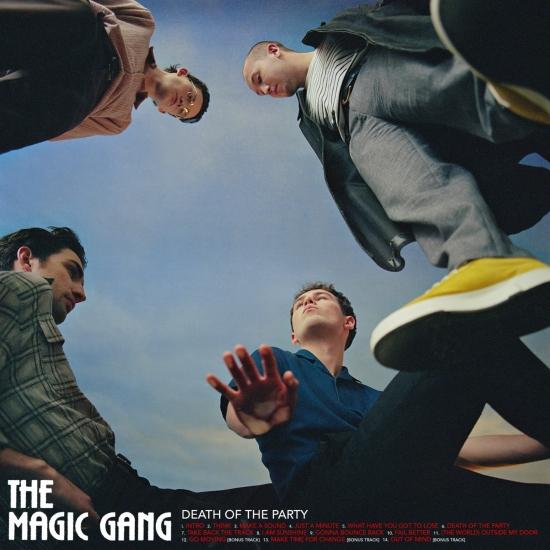 Info for Death of the Party (Bonus Track Version)

The Magic Gang release their buoyant new album Death Of The Party. The album was recorded in Atlanta with the Grammy-winning producer Ben H. Allen (Deerhunter, Animal Collective, Gnarls Barkley), whose work in alternative and pop matches for band’s own blend of genres. The quartet approached the album with two objectives in mind. They aimed to broaden the scope of their harmony-rich, melodically focused pop. And inspired by Lou Reed, Alex Turner and especially Jonathan Richman they wanted to take a more observational lyrical approach. The stories they tell reflect the experiences of many of their early-twentysomething contemporaries. They explore anxieties about money, relationships and the future, but also the fun moments that they use to escape from such issues.
Two songs – Jack Kaye’s Make A Sound and Kristian Smith’s title track – best encapsulate their flair for a narrative, with two radically different perspectives on a New Year’s Eve party. Meanwhile, the album closer (The World) Outside My Door explores Jack’s guilt at writing music while the Extinction Rebellion protests were hitting the streets. The album also finds The Magic Gang evolving their sound without losing what people loved them for in the first place. There are elements of disco in Take Back The Track and Make A Sound, Gonna Bounce Back hits somewhere between slacker rock and post-punk, while the piano, strings and vocal harmonies on I Am Sunshine recalls their love of Brian Wilson and The Beach Boys.
"A joyous new chapter in the melodically-gifted unit's journey" - The Fader
"An assured strut forward into new sonic territory" - DIY
"Pushes The Magic Gang to a frenzied new intensity, adding a soulful touch to their summer-fresh songwriting" - Clash
"Such a wonderful evolution from the last album" - Annie Mac, Radio 1
"One of the UK's finest melodic bands" - Matt Wilkinson, Beats 1
The Magic Gang 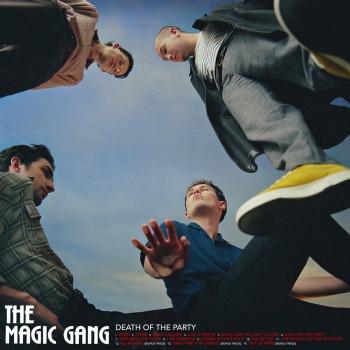 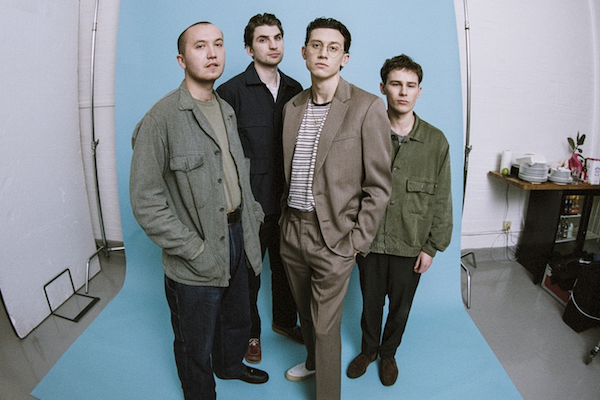 The Magic Gang
are a new Brighton that draw on sixties doo wop vocal influences and motown but give them a bit of a punk twist. Dark, slightly grungy and full of hooks, their songs have immediately attracted a following. Known for riotous live shows, they have been quick to make a name for themselves as a fiercely fun band to watch.
The band members include drummer Paeris Giles, guitarists Kristian Smith and Jack Kaye with Angus Taylor on bass.
"The Magic Gang are a Brighton four-piece apparently weaned on Norman Blake’s aforementioned group, Weezer, the Beach Boys, the Beatles and the recently departed London duo Ultimate Painting. Their songs breeze along idly, their amiable guitar-playing tethered by enough craftsmanship to stop things slipping into tedious slackerdom, and enlivened by the band’s keen ear for texture: fuzz is judiciously deployed, and solos unfold with the effortless grace of a skateboarder grinding along a rail. Open chords chime with optimism; their hooky choruses are as indelible as a pier-end neon sign flashing in the night sky." - The Guardian