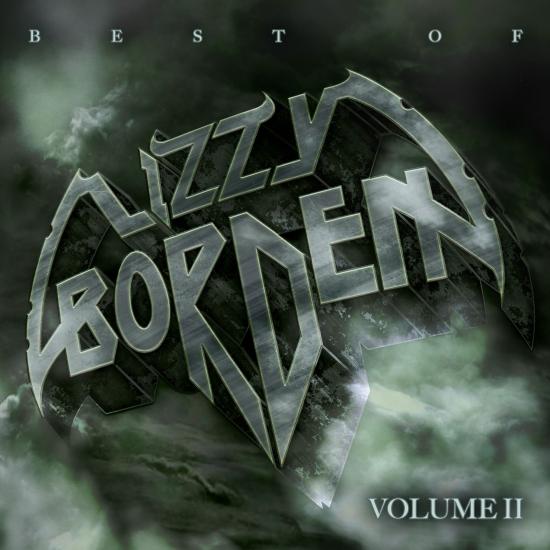 Lizzy Borden returns with a brand new best of album that is sure to excite the senses.
After releasing “My Midnight Things” to critical acclaim in 2018, LIZZY BORDEN has been touring in support of it, joining the likes of DEMONS & WIZARDS and TÝR on the road in North America last year, plus performing at stages around the world. Now, LIZZY BORDEN has announced a new greatest hits collection for fans: “Best Of Lizzy Borden, Vol. 2”.
Additionally, the collection features 2 new cover songs recorded in the summer of 2020 (the first recordings by Lizzy’s latest live show line-up!): Blue Oyster Cult’s “Burnin’ for You” and The Ramones’ “Pet Sematary” – both mixed by Jay Ruston (Anthrax, Steel Panther, Stone Sour). Digitally re-mastered by Tom Baker (David Bowie, Rob Zombie, Marilyn Manson, Tom Petty)!
“My Midnight Things,” kicks things off, it is filled with exciting twists and turns, shimmering through that brings about an addictive melody and a powerful vocal line. “Long May They Haunt Us,” moves with an impressive old swagger, a song that captures some spiritual past gone by. “Tomorrow Never Comes,” moves with speed like an old rocker, delivering the sumptuousness of speed and grace, giving the listener their money’s worth. “Obsessed With You,” works and turns, delivering some seriously groovy melodies.
“The Scars Across My Heart,” is anthemic, a song that gets the listener grooving and moving with the shimmering tendrils that leak out and capture the imagination. “There Will Be Blood Tonight,” delivers a serious thud to the gut, pushing through the temperature. The guitar melodies and duelling riffs are something to behold. “We Only Come Out At Night,” swaggers through with a powering sensation that grips the listener, turning them into a manifold being. Something to get the listeners moving to.
“Abnormal,” gets heavy on the bass and brings in some serious melodical lead harmonies on guitar. A song that captures the spirit and feeling of the times, and lets loose. “Live Forever,” turns through the shifting strands of time, bringing about some intriguing connections that heighten the growing spike of time toward a turning point. “Pet Semetary,” rocks and rolls. “Burnin’ For You,” finishes things off on a high.
Lizzy Borden
Digitally remastered Tom Baker 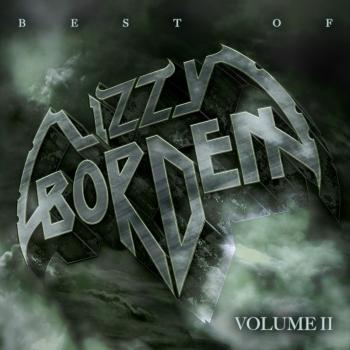 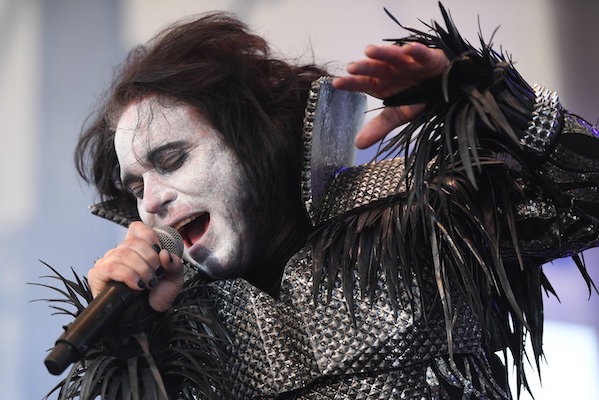 Lizzy Borden
Named after the perpetrator of an infamous 1895 double murder that yielded the equally notorious skipping-rope rhyme "Lizzie Borden took an axe, and gave her mother forty whacks. When she saw what she had done, she gave her father forty-one," Lizzy Borden is a theatrical Los Angeles-based heavy metal band that, like Alice Cooper before them, is named after the band's frontman. Signed to Metal Blade in 1984 and employing a lethal blend of horror stagecraft, blazing riffs, and glam-infused melodic might, the band enjoyed success in the mid- to late '80s with the album's Love You to Pieces (1985), Visual Lies (1987), and Master of Disguise (1989), before succumbing to the shifting musical tastes brought forth by the arrival of grunge and alternative rock in early '90s. They re-formed in 1999, but went on hiatus after the death of guitarist Alex Nelson in 2004. They convened again in 2006, and despite enduring multiple personnel changes continued to perform at clubs and festivals, eventually re-signing with Metal Blade in 2018 and releasing their seventh studio long-player, My Midnight Things.
Founded by brothers Gregory (Lizzy Borden) and Joseph (Joey Scott) Harges, the band caught its first big break in 1983 when Metal Blade chose the track "Rod of Iron" to appear on the fourth volume of their popular Metal Massacre compilation series. Lizzy Borden inked a deal with the label shortly thereafter, and released a debut EP Give 'Em the Axe the following year. With a lineup consisting of Borden (vocals), Scott (drums), Gene Allen (guitar), Tony Matuzak (guitar), and Michael Davis (bass), the band released their first full-length outing, Love You to Pieces, in 1985. Alex Nelson replaced Matuzak shortly after the album's release, and made his debut on the 1986 concert LP The Murderess Metal Road Show and sophomore studio effort Menace to Society. The band tapped veteran pop-metal producer Max Norman to helm their third full-length outing, 1987's Visual Lies. The album was the group's most commercially successful outing to date, and included the single "Me Against the World," which appeared on the soundtrack to the 1988 comedy-horror film Black Roses -- that same year saw the band make an appearance in director Penelope Spheeris' legendary L.A. metal documentary The Decline of Western Civilization Part II: The Metal Years. 1989's Master of Disguise went largely under the radar, but has since proven to be a fan favorite, and one of the group's most enduring releases.
Lizzy Borden, like a lot of metal acts of the era, spent the majority of the next decade trying to find their place in a dramatically shifting musical scene, eventually going on a full hiatus in 1996. Borden, Scott, and bass player Marten Andersson began operating under the moniker Diamond Dogs (later renamed Starwood), but by 1999 the band was back in action, sporting a lineup that included Borden, Scott, Andersson, and Alex Nelson. They headed to Germany's Wacken Open Air Festival to preview songs from their fourth LP, 2000's Deal with the Devil, followed by a worldwide tour. Tragedy struck in 2004 when longtime guitarist Alex Nelson was killed in an automobile accident, prompting the group to once again cease operations. Two years later, Lizzy Borden rose again, this time with guitarist Ira Black (Vicious Rumors, Metal Church, Heathen), and in 2007 they released a new studio LP, Appointment With Death, which featured guest spots from George Lynch (Dokken), Dave Meniketti (Y&T), and Corey Beaulieu (Trivium). The group spent the next decade staying active on the road, playing both at home and overseas, with numerous stops at international festivals. In 2017 they re-signed with Metal Blade and returned to the studio to begin work on their first collection of new material in over ten years. The resulting My Midnight Things arrived the following year. (James Christopher Monger, AMG)