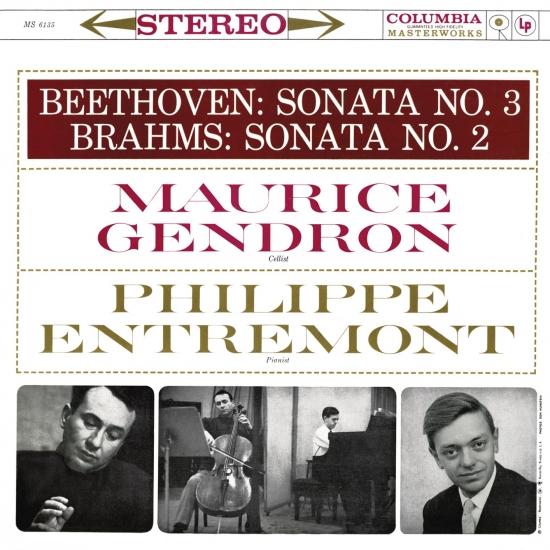 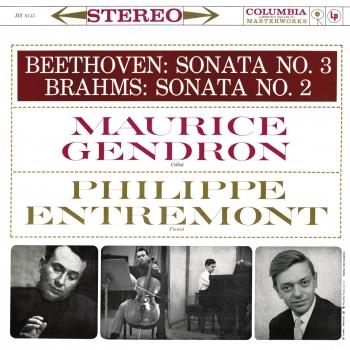 Maurice Gendron
was born in Nice, France in 1920. His mother played the violin in a theater orchestra, and Maurice received violin lessons at the age of four. He disliked the violin, and took up the cello a year later at the age of five. He played a quarter-size cello, and like it very much. His first cello teacher, Stepane Odero took him to hear Feuermann play, and the ten-year-old Gendron was moved to tears by the experience. He graduated from the Nice Conservatory with first prize at the age of 14, in 1934. Three years later he want to Paris to study with Gerard Hekking. He lived on a shoestring, and his health suffered so much that he was classifed exempt from military service in WWII. However he joined the Resistance, and refused to perform in Germany.
After the war, he made his solo debut at Wigmore Hall in London, December 2, 1945. Benjamin Britten was his accompanist, and they performed sonatas by Faure and Debussy. It was also in December of 1945 that Gendron gave the European premier performance of Prokofiev's First Cello Concerto, with the London Philharmonic and Walter Susskind. Gendron would joke about it saying, "That's how I began my career. No one wanted to hear Maurice Gendron, but they all wanted to hear Prokofiev!"
Gendron's New York debut was at a memorial concert for Feuermann, where he performed the Dvorak and Haydn D Major Concertos. He formed a string trio with Yehudi and Hepzibah Menuhin that lasted for 25 years. Gendron is unique in being the only solo cellist conducted by Pablo Casals on a commercial recording. They did the Haydn D Major, and the Boccherini B Flat with the Lamoureaux Orchestra, from original scores discovered by Gendron in the Dresden State Library.
Gendron became a professor at the Paris Conservatoire in 1970, and has taught at other music schools around Europe. He is admired especially for his interpretations of French music.