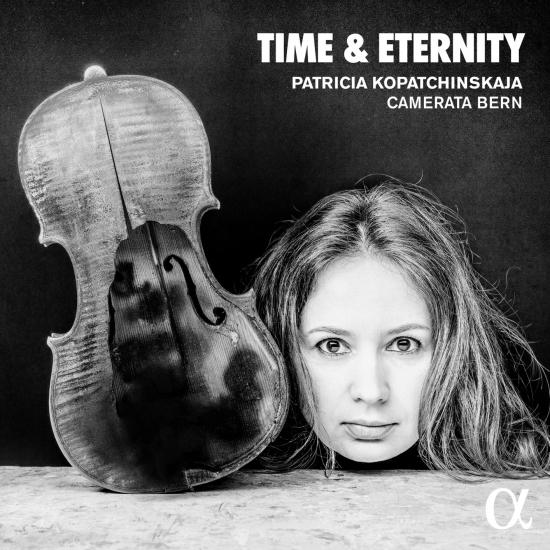 This music is made out of the blood and tears of tortured souls: a strangled scream, voices muttering amid a terrified silence, the sounds of war in an improvised cadenza. It is about us, our past and our future. At the centre is Hartmann’s Concerto funebre. Juxtaposed is Frank Martin’s Polyptyque, a piece about God’s Passion and the misery endured to attain eternal salvation for humankind. The Concerto funebre, which can also be seen as a Passion, is a testimony to the wrongs that have been done – and are still being done – to human beings, to creation, and to the Creator.” Patricia Kopatchinskaja
CAMERATA BERNs debut album with Patricia Kopatchinskaja "TIME & ETERNITY" is an uncompromising meditation on the human condition. It spans 600 years of music.
Fiercely original in concept, TIME & ETERNITY opens with the Kol Nidre, the introductory prayer to Yom Kippur, read by a cantor of the Jewish community, followed by John Zorn’s (born 1953) eponymous musical contemplation on the same, setting the spiritual tone of the programme.
Karl Amadeus Hartmann (1905-1963)’s Concerto funebre forms the centerpiece of the album. Composed in 1939, it expresses his outrage at the Nazis’ terror in Germany, Czechoslovakia and Poland. It had to wait until the end of World War Two before being performed in Germany. Around it a Polish Catholic priest and a Russian Orthodox priest each say a short prayer, while Polish folk singers present two songs quoted in Hartmann’s concerto: the Jewish song Eliyahu hanavi, expressing the hope of salvation and the Russian song Immortal victims from the first Russian revolution in 1905.
This is followed by Frank Martin’s (1890-1974) Polyptyque for violin and two small string orchestras. Commissioned in 1973 by Yehudi Menuhin, it was inspired by six scenes from the Passion of Christ painted by Duccio di Buoninsegna (1255-1319) for the altar Maestà in Siena. The Kyrie from Guillaume de Machaut (1300-1377)’s Messe de Nostre Dame, in an arrangement for strings, evokes the music of Buoninsegna’s time, while string orchestra transcriptions of J.S. Bach chorales are interspersed between the movements of Polyptyque, “as an invocation of eternal consolation” [Patricia Kopatchinskaja].
Meanwhile the powerfully ominous violin and percussion duet Crux by Czech composer Luboš Fišer (1935-1999) represents the crucifixion scene which, while having the central position on Buoninsegna’s altar, was omitted in Frank Martin’s composition. Fišer condensed this piece from his Requiem, written in reaction to the brutal 1968 Sovjet crushing of the Prague spring. It was premiered there in 1970 against political resistance by a courageous Gidon Kremer. The album ends with a transcription for string orchestra of a chorale from the St. John Passion, as a hopeful call to everlasting salvation.
Patricia Kopatchinskaja, violin
Camerata Bern 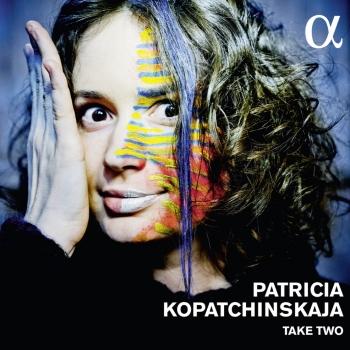