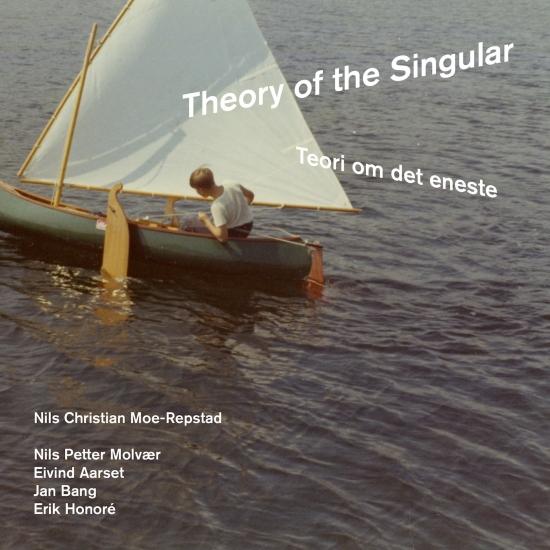 Info for Theory on the Singular (Teori om det eneste)

Jazzland Recordings and Flamme Forlag release the album “Theory of the Singular / Teori om det eneste” by Nils Christian Moe-Repstad, Nils Petter Molvær, Eivind Aarset, Jan Bang and Erik Honoré, recorded live at Parkteatret, Oslo on September 23rd 2013.
“For 10 years of collaboration with Jan Bang and Erik Honoré, but also many other amazing musicians, in and around The Punkt Festival in Kristiansand. And also contributing on Record projects a.o David Sylvians Uncommon Deities. I have tried to make the literary text and the literary reading voice become more symbiotic with the element of sound. It’s been like walking a fine and fragile line, understanding bit by bit the balance and sensitivity it requires. But after a live performance in Oslo in 2013, where I released a two volume book, Theory of the Singular, both me, Jan and Erik, felt that we had material for a record, based on the live recording and the foundation of the book. So in December I’m releasing a record on Jazzland/Universal together with Nils Petter Molvær, Jan Bang, Erik Honoré and Eivind Aarset. It’s produced by Erik Honoré, and comes as a download version and a limited edition box set, where both volumes of the book – translated into English – are included, which makes this release quite unique.” (Nils Christian Moe-Repstad)
Nils Christian Moe-Repstad, voice
Nils Petter Molvær, trumpet
Eivind Aarset, guitar
Jan Bang, live sampling
Erik Honoré, live sampling
Recorded live at Parkteatret, Oslo, September 23rd 2013
Produced, edited and mixed by Erik Honoré

Booklet for Theory on the Singular (Teori om det eneste)