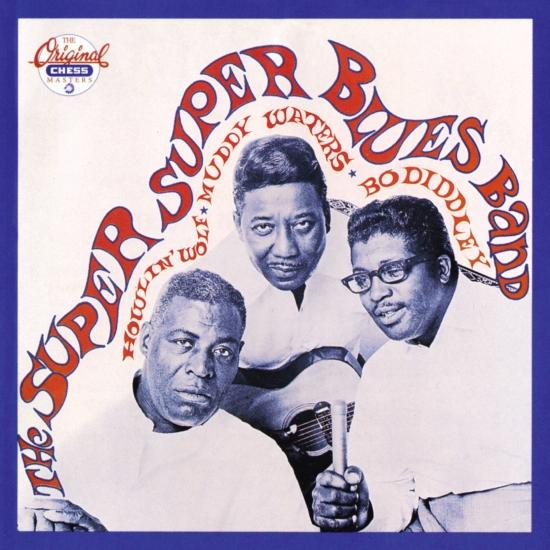 Super Super Blues Band started out merely as Super Blues, a conglomerate of blues pillars Bo Diddley, Muddy Waters and Little Walter. When Little Walter bowed out and was replaced by Howlin' Wolf, they rightfully threw another Super on the name, and went on to release this burning, irreverent and even sometimes hilarious set of drunken, wild-eyed electric blues. Long form jams roll on in a trance as the trio of blues legends ﬂex egos, talking shit to each other, trading off leads and ducking blasts of unexpected wah-wah guitar lines. Songs are peppered with an incredible level of banter between the trio of bandleaders that predicts the call and response singtalking of early hip hop, laced with random screams in the background that teeter between celebration and danger. That these three ever got into the same room together is a miracle, and that they produced something so intense, energetic and weird is another almost unbelievable feat. The record is special enough as a stand-alone document of this meeting/melting of the minds before you fnd out the backing band consists of Hubert Sumlin, Otis Spann and freaking Buddy Guy. Lordy. Might have needed one more ''super'' in there.
"This is easily a "super super blues bust." Power trios, of course, were hip in the late '60s -- even at down-home Chess Studios, where ad hoc "supergroups" were assembled for 1967's Super Blues and its sequel, Super Super Blues Band. (No one ever accused Chess Records of being subtle.) The band on Super Super Blues Band included two-thirds of the original Super Blues headliners -- Muddy Waters and Bo Diddley -- with Howlin' Wolf replacing Little Walter to round out the trio. Unlike Walter, who was willing to cede the spotlight to Diddley and Waters on Super Blues, Wolf adamantly refuses to back down from his rivals, resulting in a flood of contentious studio banter that turns out to be more entertaining than the otherwise unmemorable music from this stylistic train wreck. Although Wolf and Waters duke it out in earnest on the blues standards, the presence of Diddley (and his rave-up repertoire) makes the prospect of an ensemble impossible; in the end, there are just too many clashing ingredients (the squealing "girlie" choruses vs. Wolf's growl, Diddley's space guitar antics vs. Waters' uncompromising slide guitar) to make the mix digestible. Meanwhile, as the three frontmen struggle to outduel each other on every song, they drown out an underused, all-star backing band made up of Otis Spann on piano, Hubert Sumlin on guitar, Buddy Guy on bass, and Clifton James on drums. At least it sounds like they had fun doing it." (Ken Chang, AMG)
Howlin' Wolf, vocals, guitar, harmonica
Muddy Waters, vocals, guitar
Bo Diddley, vocals, guitar
Otis Spann, piano
Hubert Sumlin, guitar
Buddy Guy, bass
Frank Kirkland, drums
Cookie Vee, vocals
Digitally remastered 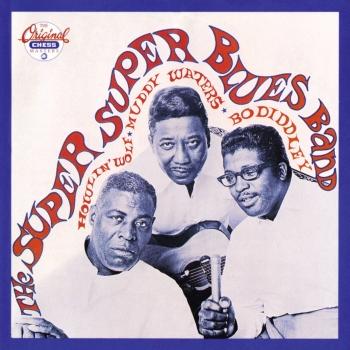 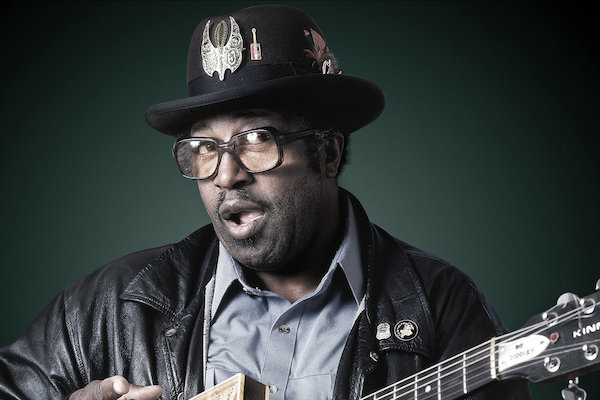 Bo Diddley
He only had a few hits in the 1950s and early '60s, but as Bo Diddley sang, "You Can't Judge a Book by Its Cover." You can't judge an artist by his chart success, either, and Diddley produced greater and more influential music than all but a handful of the best early rockers. The Bo Diddley beat -- bomp, ba-bomp-bomp, bomp-bomp -- is one of rock & roll's bedrock rhythms, showing up in the work of Buddy Holly, the Rolling Stones, and even pop-garage knock-offs like the Strangeloves' 1965 hit "I Want Candy." Diddley's hypnotic rhythmic attack and declamatory, boasting vocals stretched back as far as Africa for their roots, and looked as far into the future as rap. His trademark otherworldly vibrating, fuzzy guitar style did much to expand the instrument's power and range. But even more important, Bo's bounce was fun and irresistibly rocking, with a wisecracking, jiving tone that epitomized rock & roll at its most humorously outlandish and freewheeling.
Before taking up blues and R&B, Diddley had studied classical violin, but shifted gears after hearing John Lee Hooker. In the early '50s, he began playing with his longtime partner, maraca player Jerome Green, to get what Bo's called "that freight train sound." Billy Boy Arnold, a fine blues harmonica player and singer in his own right, was also playing with Diddley when the guitarist got a deal with Chess in the mid-'50s (after being turned down by rival Chicago label Vee-Jay). His very first single, "Bo Diddley"/"I'm a Man" (1955), was a double-sided monster. The A-side was soaked with futuristic waves of tremolo guitar, set to an ageless nursery rhyme; the flip was a bump-and-grind, harmonica-driven shuffle, based around a devastating blues riff. But the result was not exactly blues, or even straight R&B, but a new kind of guitar-based rock & roll, soaked in the blues and R&B, but owing allegiance to neither.
Diddley was never a top seller on the order of his Chess rival Chuck Berry, but over the next half-dozen or so years, he produced a catalog of classics that rival Berry's in quality. "You Don't Love Me," "Diddley Daddy," "Pretty Thing," "Diddy Wah Diddy," "Who Do You Love?," "Mona," "Road Runner," "You Can't Judge a Book by Its Cover" -- all are stone-cold standards of early, riff-driven rock & roll at its funkiest. Oddly enough, his only Top 20 pop hit was an atypical, absurd back-and-forth rap between him and Jerome Green, "Say Man," that came about almost by accident as the pair were fooling around in the studio.
As a live performer, Diddley was galvanizing, using his trademark square guitars and distorted amplification to produce new sounds that anticipated the innovations of '60s guitarists like Jimi Hendrix. In Great Britain, he was revered as a giant on the order of Chuck Berry and Muddy Waters. The Rolling Stones in particular borrowed a lot from Bo's rhythms and attitude in their early days, although they only officially covered a couple of his tunes, "Mona" and "I'm Alright." Other British R&B groups like the Yardbirds, Animals, and Pretty Things also covered Diddley standards in their early days. Buddy Holly covered "Bo Diddley" and used a modified Bo Diddley beat on "Not Fade Away"; when the Stones gave the song the full-on Bo treatment (complete with shaking maracas), the result was their first big British hit.
The British Invasion helped increase the public's awareness of Diddley's importance, and ever since then he's been a popular live act. Sadly, though, his career as a recording artist -- in commercial and artistic terms -- was over by the time the Beatles and Stones hit America. He would record with ongoing and declining frequency, but after 1963, he never wrote or recorded original material on par with his early classics. Whether he'd spent his muse, or just felt he could coast on his laurels, is hard to say. But he remains a vital part of the collective rock & roll consciousness, and occasionally reached wider visibility via a 1979 tour with the Clash, a cameo role in the film Trading Places, a late-'80s tour with Ronnie Wood, and a 1989 television commercial for sports shoes with star athlete Bo Jackson. (Richie Unterberger, AMG)