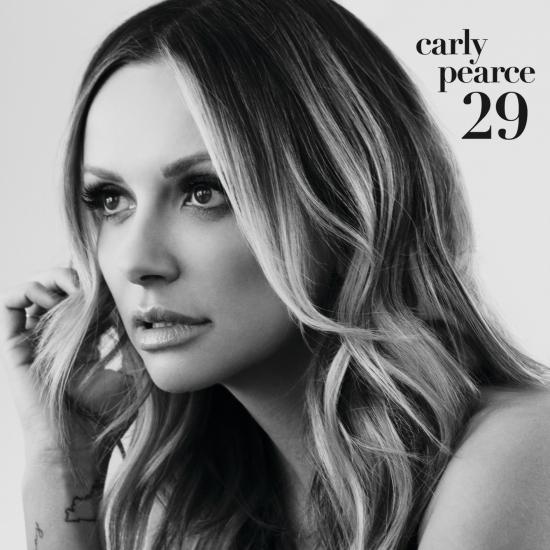 Carly Pearce has carved a place in today’s Country music by being honest about her doubt, shouldering tough truths and creating space for pain, laughter and growth. She has mined vulnerability with the same honesty that defined Tammy Wynette with the chart-topping, PLATINUM-certified hits “Every Little Thing” and “I Hope You’re Happy Now,” which elicited a prestigious CMA Song of the Year nomination.
As the percolating siren “Next Girl” climbs the Country radio and streaming charts, the CMA Musical Event of the Year winner and most nominated new artist forges forward with 29, due February 19 via Big Machine Records. A creative burst inspired by her time writing with Shane McAnally and Josh Osborne, these seven songs measure the realizations, hopes and letting go that comes with becoming an adult in full. It also marks a new grounding in a deeper kind of Country music, something that reaches down into the roots of what Carly grew up on.
“Losing busbee was such a moment of upheaval,” explains the woman American Songwriter calls “the Kentucky native with the fiery voice” of her creative hub. “He had believed in me…carried me... brought me through everyone getting deals around me... because he knew something I couldn’t see: that it would happen.”
“And then as we’re doing Lee Brice’s vocal on ‘I Hope You’re Happy Now,’ he has that first seizure, and my creative world started to unravel. It’s scary being out there on your own, and I think the response to the song... going platinum, being nominated for Song of the Year... That was a little bit of him telling me to stand tall, to walk forward, to know my life and my writing would carry my voice and my dream forward.”
Teaming with McAnally and Osborne, Carly returned to her roots as a girl who loved the strong women of ‘90s country. Suddenly, the multi-generational tumble “Should’ve Known Better,” the soul slink “Liability” and the slow build homage to busbee “Show Me Around” gave a shape to the seven songs that compromise the next chapter for the songwriter Rolling Stone Country praises for “the production is lean, highlighting Pearce’s impassioned delivery.”
Focusing on Carly’s pure tone and airy to sultry notes, 29 marks a coming of age for both her sound and her presence in today’s emerging Country female universe. From The Judds’-feeling title track with its twin fiddle embellishments that suggests Loretta Lynn’s lyricism to the silken “Liability” and the survivalist throb of “Day One,” she traces the journey from heartbroken to healing with an incandescent candor.
“The best songs come from the moment, from real creative spark – and Josh and Shane bring it out of me,” Carly marvels. “I was unsure where my music would be without busbee. They both know where my musical heart is, and they understand how to capture exact details for much larger truths. The more specific they write, the more people I think can see themselves in the songs.”
“I feel lighter reflecting on the last year and pouring my soul into this music and wanted to share it in hopes that others to will take from the songs what they need. With streaming and social media, we were able record music for the sole purpose of letting my fans know where my heart is without any expectations. That’s a kind of immediacy that makes making records really exciting. I can’t wait to share 29.”
Carly Pearce
Produced by Shane McAnally, Josh Osborne, Jimmy Robbins 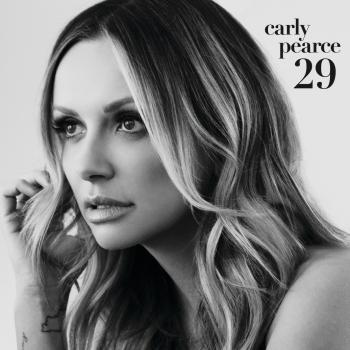 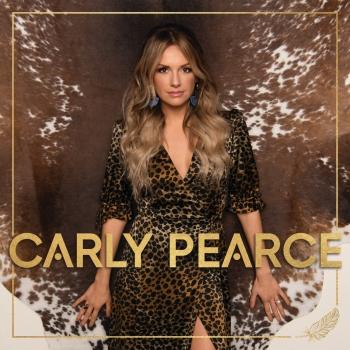 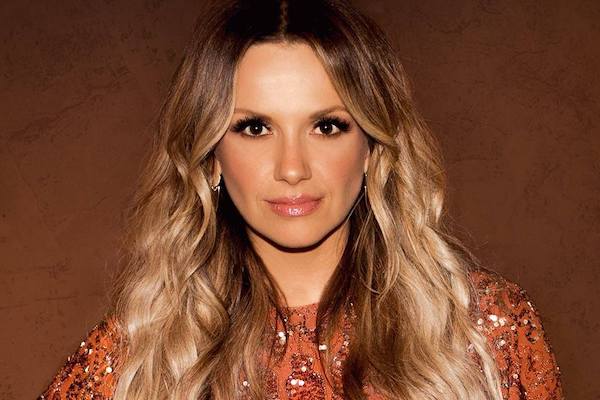 Carly Pearce
kind of Country transcends the moment. Fiercely rooted in the classics, the girl who left her Kentucky home and high school at 16 to take a job at Dollywood has grown into a woman who embraces the genre’s forward progression. Defying odds, her No. 1 debut “Every Little Thing” designated Carly as the highest charting solo female debut since July 2015 and one of only three women to accomplish the feat the last decade. Her PLATINUM-certified, blockbuster ballad steered a chart-topping trifecta on SiriusXM’s The Highway as “If My Name Was Whiskey” and “Hide The Wine” followed. Beyond her 2019 CMA Awards New Artist of the Year, iHeartRadio Music Awards Best New Country Artist, ACM Awards New Female Artist of the Year, CMT Music Awards Female Video of the Year nominations, the diversity of Carly’s connection saw her win CMT Music Awards’ Breakthrough Video of the Year and Radio Disney Music Award for The Freshest! – Radio Disney Country Best New Artist. A loyal advocate of Country music’s legacy and future, it’s no surprise an institution like the Grand Ole Opry has invited her for more than 75 performances since her debut while the Country Music Hall of Fame and Museum® partnered on Unbroken Circle: Exploring Country Music History with Carly Pearce, connecting the genre’s eras. Adding slots on major tours with Blake Shelton, Rascal Flatts, Luke Bryan and Jason Aldean, Carly has become “Country’s ‘it’ girl” (ABC Radio) while pursuit of her childhood dream. Her eagerly anticipated sophomore album, CARLY PEARCE, is slated for Valentine’s Day (2/14/20) on Big Machine Records with E! News and CMT already touting the release. Working again – and unknowingly, for the last time – with busbee, the pair maintained her roots and his contemporary sense. The down-to-earth female vocalist has quickly carved out her own highly honest, emotionally compelling place in a very Pop-Country world. Carly seeks to maintain the feel good without surrendering the get real, evident on “I Hope You’re Happy Now,” a duet with Lee Brice she penned alongside Luke Combs, Jonathan Singleton and Randy Montana.