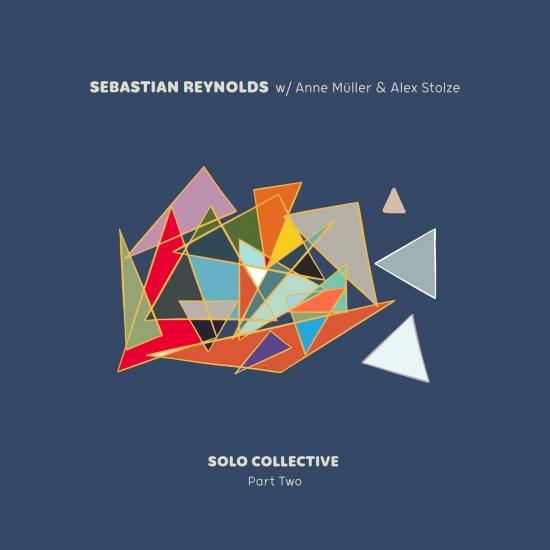 Solo Collective, a trio comprised of composer, producer, and multi-instrumentalist Sebastian Reynolds, German cellist / composer Anne Müller, and violinist Alex Stole, will follow up their Solo Collective – Part One release with the appropriately-named and somewhat expected Part Two in June. Part One worked like this: tracks were taken from the trio’s live performance at Roter Salon in Berlin, while others were produced in a studio. Great musicians are able to switch between solo or co-op, and these three can all list a high level of teamwork on the CV, being team players when it comes to looking at the bigger picture. Lots of bands have split over musical differences, so the individual ego needs to be laid to rest, and in an age of Twitter, selfies, and self-promotion, that can be hard to do.
"Choosing to remain silent or to downplay a specific instrumental part for the sake of the overall composition and its good health is a sure sign of teamwork and sacrifice."
Solo Collective – Part Two is a kind friend, with sweet piano arpeggios running along its spine and a lightness of being occupying every string. These strings are plucked lightly, picked like buttercups in a field, and they go further than just accompanying the keys; they help to develop and mature the sound. An upright posture cloaks the piano, but dissonance is incoming.
“Stunning, heartwrenching” (XLR8R)
“Deliciously unpredictable” (Electronic Sound)
“There is a palpable sense of determination or longing for something which cuts through” (Gold Flake Paint)
Sebastian Reynolds, keyboards, piano, electronics
Anne Müller, cello
Alex Stole, violin