Where Is Love? Ketty Lester 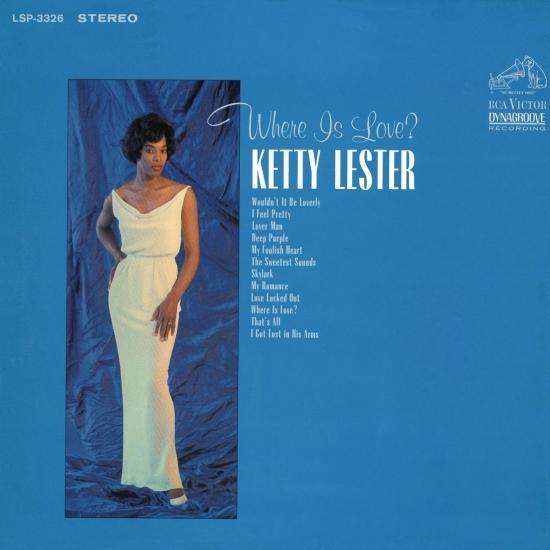 Info for Where Is Love?

A mellow blend of jazz and soul – served up in that great style that Ketty seemed to have totally wrapped up in these mid 60s recordings! The approach is less bluesy than that of Gloria Lynne, with some of the class of Nancy Wilson, but a larger approach to the backings that's a bit more formal overall. Titles include 'Lover Man', 'Where Is Love', 'My Romance', 'That's All', 'Deep Purple', and 'Love Locked Out'
Arranged and conducted by Frank Hunter.
Produced by Jim Fogelsong
Digitally remastered 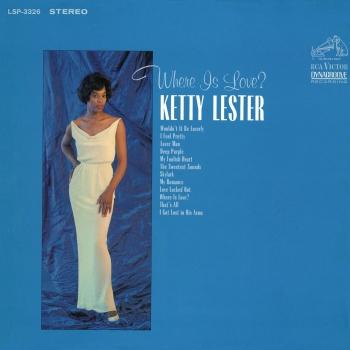 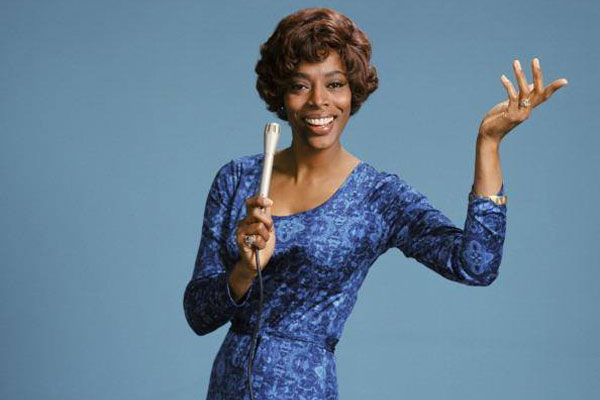 Ketty Lester
has a career that spans music, TV, film, and stage. Her cover of Dick Haynes' 1945 hit "Love Letters" went to number five pop and number two R&B on Billboard's charts in the spring of 1962. The tune was originally the title theme from the 1945 Jennifer Jones movie.
Ketty Lester was born Revoyda Frierson on August 16, 1934, in Hope, AR. She was one of 15 children born into a farmer's family. After winning a scholarship in 1955, she moved to California and attended San Francisco City College, majoring in nursing. Lester sang in church and the school choir, and performed in summer stock theater. She also appeared as a contestant on the classic '50s game show You Bet Your Life. Meeting country singer/comedienne Dorothy Shay at the Purple Onion club (where she was performing), Lester was introduced to producers Ed Cobb and Lincoln Mayorga. Herb Newman's Era Records released the resulting single, "I'm a Fool for You" b/w "Love Letters." DJs and listeners preferred the sparse, steamy B-side, making it a Top Five pop hit. The follow-up single, a cover of George Gershwin's "But Not for Me" from the musical Girl Crazy, peaked at number 41 pop during summer 1962.
Ketty Lester was issued that same year. It featured two singles, "You Can't Lie to a Liar" and a cover of Woody Guthrie's "This Land Is Your Land." Another Era single was "Fallin Angel" b/w "Lullaby for Lovers." She also recorded the upbeat "West Coast" b/w the ballad "I'll Be Looking Back" for Capitol, "I Said Goodbye to My Love" b/w "Queen for a Day" for Everest, and "Measure of a Man" b/w "Cracker Box Livin'," "Show Me" b/w "Since I Fell for You," and the LP Same for the Pete label.
Lester recorded for RCA (Soul of Me, Where Is Love, the singles "Better World," "Roses Grow With Thorns," "You Go Your Way," "Some Things Are Better Unsaid," "The Luck of Ginger Coff") and for Tower (When a Woman Loves a Man, "Love Me Just a Little Bit"). She also recorded a Christian album, I Saw Him, for Mega Records.
Originally offered the lead role in Julia, starring Diahann Carroll, Lester appeared in the films Just for Fun, Up Tight, Uptown Saturday Night, The Terminal Man, Street Knight, House Party 3, and Blacula, and the TV movies Louis Armstrong: Chicago Style and Percy and Thunder. She also guest-starred on TV series like Sanford and Son, Laugh-In, Quantum Leap, Hill Street Blues, Love American Style, The FBI, Harry 0 (the 1975 episode with Maureen McCormick), That Girl, Marcus Welby, and Lou Grant. She became a regular on Little House on the Prairie (as Hester Sue Terhune) and the soap operas Days of Our Lives (as Helen Grant) and Rituals. The singer won an Off-Broadway Theater Award for her performance in a revival of A Cabin in the Sky. Lester also had a recurring role as Vivica A. Fox's grandmother on the 1998 sitcom Getting Personal.