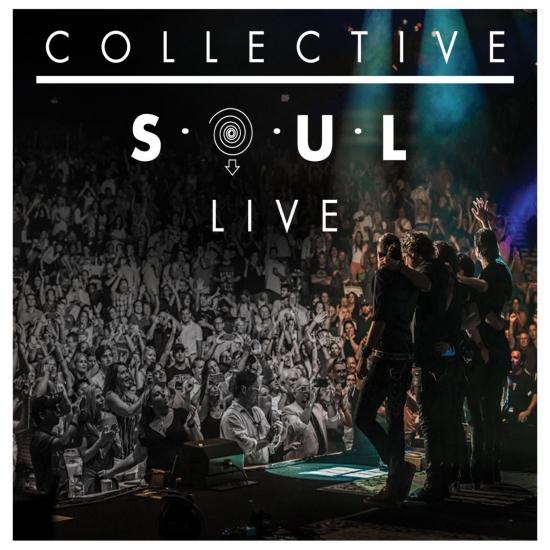 The rock band responsible for seven #1 hits since the early 90s, has announced the release of their first proper live album of the group’s 20+ year career, „Collective Soul – Live“.
Collective Soul—Ed Roland [vocals, guitars, keyboards], Dean Roland [guitars], Will Turpin [bass], Jesse Triplett [guitars], and Johnny Rabb [drums]—staunchly and proudly remain a rock ‘n’ roll band through and through.
“We’re an honest rock ‘n’ roll band,” affirms Roland. “We’re not going to pretend like we’re something else. We’re not chasing anything. We are proud of our accomplishments and what we do. We pride ourselves on playing rock ‘n’ roll. So, let’s fucking rock.”
Following the release of the group’s ninth full-length album See What You Started by Continuing (which captured #1 on Billboard’s Alternative Albums Chart and garnered praise from USA Today), the boys made a collective decision to record more than 160 shows over the course of the next two years. Re-energized by the addition of Triplett and Rabb, the gigs saw Collective Soul firing on all cylinders.
Returning from the road, they cherry-picked the best performances from that marathon of touring to comprise Collective Soul – Live. Fittingly, they introduce the collection with a live version of their biggest hit 1993’s “Shine”—which would be crowned #1 Album Rock Song of 1994, win a Billboard award for “Top Rock Track,” land on VH1’s “100 Greatest Songs of the ‘90s,” and notch Dolly Parton a GRAMMY® Award for “Best Vocal Performance” on her 2001 cover.
Ed Roland, vocals, guitars, keyboards
Dean Roland, guitars
Will Turpin, bass, percussion
Jesse Triplett, guitars
Johnny Rabb, drums 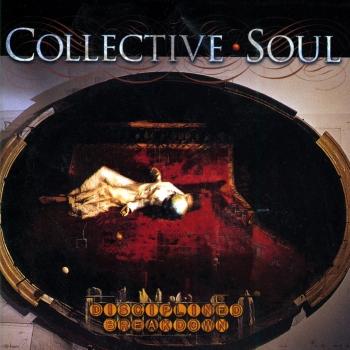 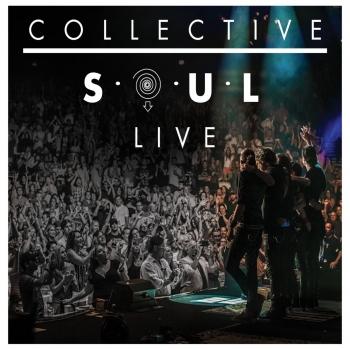 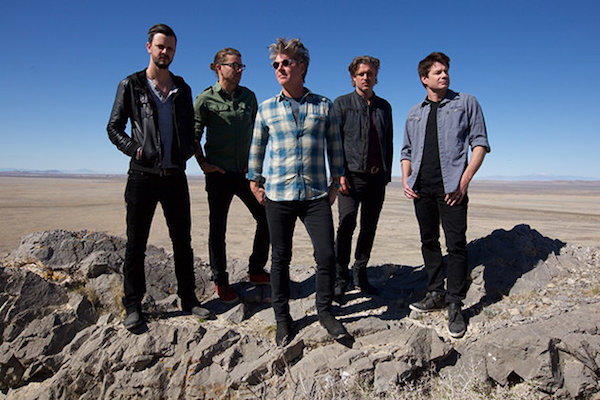 Collective Soul
Born during the rise of grunge and alternative rock, Collective Soul broke into mainstream popularity when they rose to international fame in 1993 with the rock anthem “Shine.” The multi-platinum quintet has been making music for two decades since then and has a catalog of #1 hits under their belts. Collective Soul helped shape and define alternative rock with lots of guitars and attitude.
Collective Soul was formed in the small town of Stockbridge, Ga., in the early 1990’s. The group consists of principal songwriter and frontman Ed Roland (lead vocals/keyboards/guitars), Dean Roland (rhythm guitarist), Will Turpin (bassist), Johnny Rabb (drummer) and Jesse Triplett (lead guitarist).
The band’s debut album Hints Allegations and Things Left Unsaid was originally released in 1993 on Atlanta indie label Rising Storm. The album was a collection of Ed Roland’s demos that spread like fire through the college circuit and the popularity of the album locally spurred Atlantic to pick it up for a major-label release. “Shine” quickly became the rock anthem played across the country on radio and on MTV and set the band up for an arena tour with Aerosmith.
Their self-titled second album was a triple platinum juggernaut and would define their sound with guitar driven songs and passionate vocals. The album produced five Top Ten hits and two of the singles–“December” and “The World I Know”–charted on the Top 40, which spoke to the band’s crossover appeal.
In 1997, the band went back into the studio to produce their third album Disciplined Breakdown. The album earned Collective Soul a spot on the charts at #16, and produced hit singles “Precious Declaration,” which was #1 four weeks; and “Listen,” #1 for five weeks), which also charted on the Billboard Hot 100, at #65 and #72, respectively.
Critically acclaimed Dosage was released in 1999 and produced the hit singles “Run” and “Heavy,” which would take Billboard’s top spot for a record 15 weeks.
Collective Soul’s fifth album, Blender, was released in 2000 and, according to Rolling Stone, “simply shreds with unapologetic classic-rock energy.” The album went gold and produced smash hits including “Why, Part 2,” “Vent,” and duet with Elton John “Perfect Day.”
The band released a greatest hits collection in 2001 entitled 7even Year Itch: Greatest Hits 1994-2001. Following that album, Collective Soul recognized the music industry was evolving and was one of the first bands to create their own label to have more independence and control over their sound. And, in 2004, that label El Music Group released the dynamic album Youth. From the Ground Up (2005) and Home (2006) were also released under the El Music Group label, along with a DVD featuring their live concert with the Atlanta City Youth Orchestra.
In 2007, the band teamed with Target to be the exclusive retailer for the band’s next album Afterwords, from Roadrunner Records. This arrangement was one of the first such exclusive album release deals to be made by a band with a sole retailer. The album was loved by fans and opened at #25 on the Billboard Comprehensive Albums Chart and was #5 on the Billboard Top Internet Albums Chart.
In 2008, Collective Soul found themselves on the soundtrack for the film Twilight with “Tremble for My Beloved” from Dosage. Following the film’s success, the song’s exposure earned Collective Soul new popularity and connected with a younger audience.
Collective Soul released their self-titled eighth studio album in 2009. The single “Staring Down” charted at #18 on Billboard‘s Adult Top 40. The album debuted at #24 on the Billboard 200 and the single “You” also charted on the Billboard Adult Top 40.
Collective Soul’s music has often been covered by well-known artists. In 2001, Dolly Parton won a Grammy Award for Best Country Vocal Performance with her cover version of “Shine”. In further recognition of their artistic achievement, Collective Soul was inducted into The Georgia Music Hall of Fame in 2009. Additionally, as the principal songwriter for the group, Roland was individually inducted as a songwriter in 2014.
The platinum-selling rock band is readying for the Fall 2015 release of their long-awaited ninth album, See What You Started by Continuing, followed by a tour to celebrate the band’s 21st birthday. Ed Roland says the band took some time off, came back energized about what they are and always have been: a rock band. “This is the best and most rocking album we’ve done. It’s one of those, ‘just sit back and rock’ records.”
Collective Soul continues to rock quite simply for the love of music. The band that helped sonically define alternative rock is more focused and energized than ever. And as Ed Roland puts it, fans can continue to expect “lots of guitars and a fun attitude from the southern gentlemen of rock and roll.”