Things That We Drink To Morgan Evans 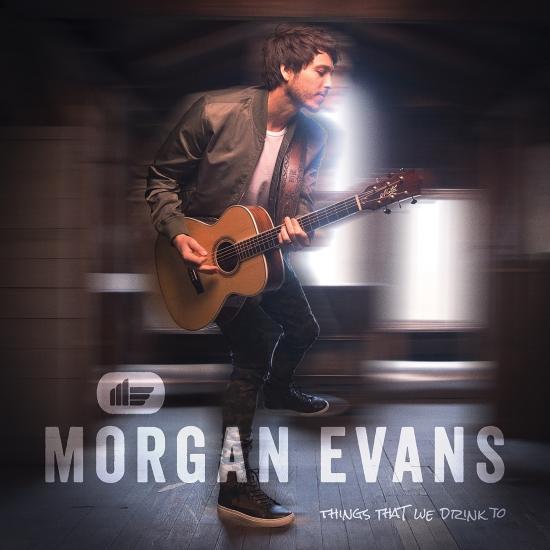 Info for Things That We Drink To

Fresh off his first U.S. #1 single “Kiss Somebody,” global Country star MORGAN EVANS will continue the celebration with THINGS THAT WE DRINK TO, his full-length debut album with Warner Music Nashville / Warner Bros. Records. The project is a musical reflection of Evans’ exciting journey since moving to Nashville from his home country of Australia.
Evans co-penned each track on THINGS THAT WE DRINK TO alongside the album’s producer, Chris DeStefano. The two played every instrument heard on the sonically diverse project, showcasing Evans’ musicianship in addition to his adept songwriting.
“My album is a collection of songs that I wrote over the last two years,” says Evans. “It’s my story. It’s leaving behind everything and everyone you know to chase down a country music dream on the other side of the world. It’s the excitement of the unknown, it’s the fun, it’s the loneliness and it’s the struggle. It’s losing someone and finding the strength to keep your head up and make them proud. It’s meeting a girl, falling hopelessly and marrying the love of your life. It’s the ‘Things That We Drink To’.” 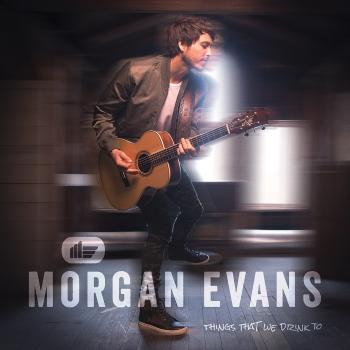 Things That We Drink To 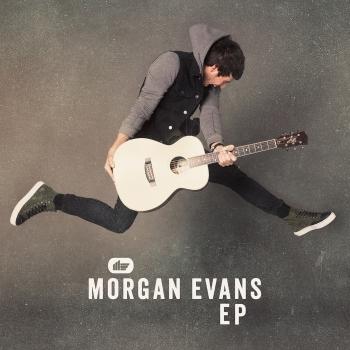 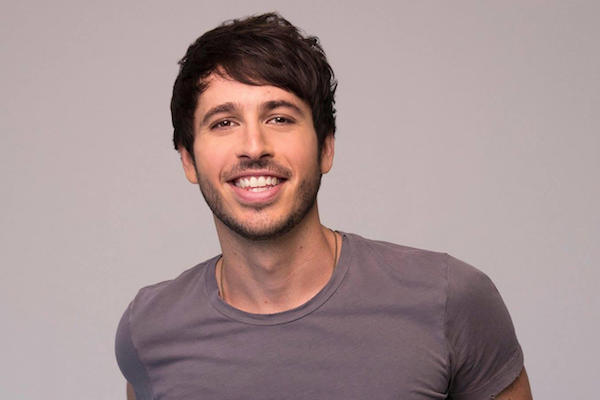 Morgan Evans
When Australian singer/songwriter Morgan Evans released his self-titled debut album in 2014, it was the culmination of a musical journey that began when he started his first band at the age of thirteen.
It’s a journey that has seen the country-rocker tour with superstars like Taylor Swift and Alan Jackson, play to over 50,000 people in Nashville at the world’s biggest country music festival and build a large, devoted following as he’s played the length and breadth of his native land and across the USA.
Morgan has made his mark on the Australian musical landscape with a sound that fused contemporary country with melodic rock, fueled by a unique passion and energy all Morgan’s own. His music is driven by an optimism shaped by life’s bumpy journey, a faith in the power of love and hard work to overcome the obstacles we all face every day.
Growing up in the working class beach city of Newcastle in NSW, Morgan turned the blue-collar ethic of his neighborhood into a relentless drive for energy and connection in his live shows. After seeing him whip a festival crowd into a frenzy, Warner Music Australia offered Morgan a recording contract.
In 2013, after releasing two hit EPs that yielded three #1 singles, Morgan was named New Oz Artist of the Year at the CMC Music Awards. The fan voted award solidified his status as the hottest young performer in Australian country and was followed by four more trophies over the next two years, including back-to-back Male Oz Artist of the Year awards.
Soon Morgan returned to Nashville to record his debut album with an all-star group of A-list musicians and Nashville based Aussie ex-pat producer Jedd Hughes.
“To hear guys who played on the songs that inspired me to become a musician, playing on my songs, blew my mind,” said Morgan. “It reminded me of why I was doing this in the first place and pushed me to take my vocals and guitar playing on the album to the next level”.
The songs that make up Morgan Evans are the result of a relentless songwriting schedule for almost a year that took Morgan to Nashville and back, and saw him tap into the deepest parts of himself. Morgan wrote eleven of the twelve tracks - some by himself, some with local artists and many with A-list Nashville writers.
The album, released in March 2014, immediately shot to #1 on the iTunes and ARIA Country Album Charts and debuted at #20 on the ARIA Mainstream Album Chart.
The impact of the acclaimed album has been immense – 3 #1 singles (One Eye for an Eye, Best I Never Had and record-equaling Like A Tornado) and his first APRA nominations just for starters. The release also garnered international attention, leading to an invitation to return to Nashville’s massive CMA Music Festival and perform at the legendary Grand Ole Opry, which prompted William Morris Endeavor – the world’s largest talent agency – to sign Morgan up for international representation.
Morgan’s charisma and talent for engaging audiences led to his signing as the face of Foxtel’s Country Music Channel, which has already seen him nominated for an ASTRA Award and a TV Week Logie Award – a first for an Australian country music star. He hosts television coverage of the CMC Rocks music festival, artist interviews and the CMC Music Awards. He was joined in 2016 by international co-host Kelsea Ballerini for the live national broadcast.
A major career milestone was capped off when Morgan received a message from Grammy-winners Lady Antebellum informing him that he’d been awarded the prestigious 2015 CMA Global Artist Award. The award recognizes outstanding achievement by an international country star in furthering the popularity of country music in their home country. Morgan joins an exceptional list of previous winners including Tommy Emmanuel, Kasey Chambers and Lee Kernaghan.
Since then, Morgan has his sights set once again on Nashville, relocating to Music City where he has been writing with the A-list of songwriters for his upcoming US debut release and recently made return performances to CMA Music Fest and the Grand Ole Opry.
His growing fanbase in both Australia and the USA is eagerly awaiting new music from Morgan, expected to be released later this year.