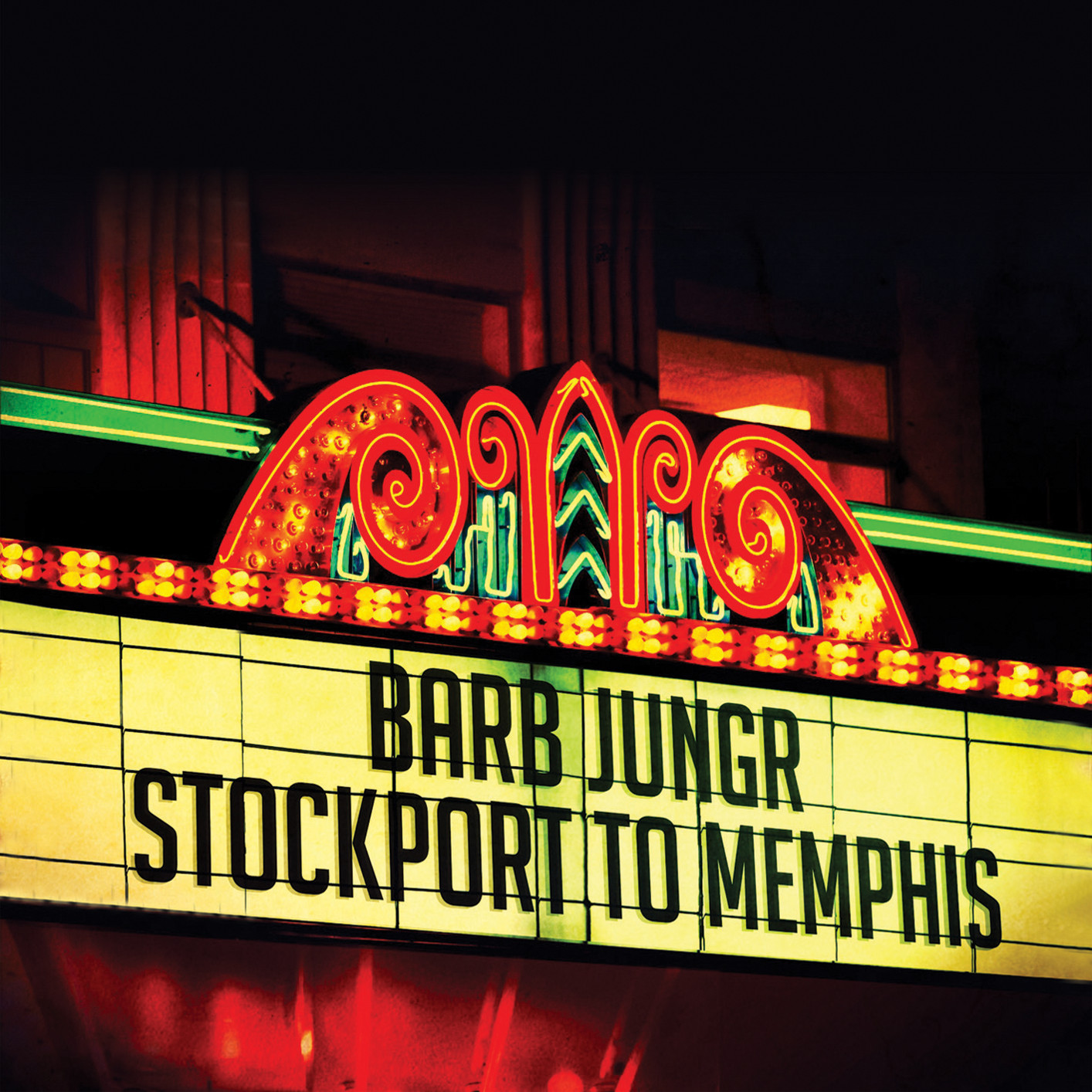 Info for Stockport To Memphis

She has perfected the art of interpretation to such a level that listeners are often astonished to discover that well-known songs that they thought they knew have been wonderfully transformed and very often elevated when Barb weaves her magic spell. Her repertoire includes songs by Jacques Brel, Nina Simone, Jimmy Webb, Leonard Cohen and Bruce Springsteen amongst many others and she has attracted particular acclaim for her work on the songs of Bob Dylan, which produced two critically-acclaimed albums and a series of sell-out, award-winning transatlantic shows. For four consecutive years (2008 through to 2011) Barb has ranked at the top of Time Out, New York's best cabaret awards for her shows and in 2008 she also received the Nightlife Award for Outstanding Cabaret Vocalist.
Stockport To Memphis marks a significant new direction for Barb as she has included five of her own songs in the collection, which also features her new arrangements of songs by Sam Cooke, Joni Mitchell, Neil Young, Rod Argent, Mike Scott, Hank Williams, Tom Waits and, of course, Bob Dylan.
Barb Jungr has never been to Memphis. But as a teenage girl in 1960s Stockport, she nurtured a longing for what it represented; the sweet soul music she danced to in clubs at night, and its sense of a bigger, more beautiful world than the northern industrial town she couldn't wait to leave (as embodied by the title-track and stunning album opener). The album charts a metaphorical journey, not just Barb's own route through life and self-discovery but that of others, including her own parents' escape to the UK from war-torn Europe and her father-in-law, the painter Frank Bowling, who came to the UK from Guyana as a young man.
Barb's flight from Stockport eventually took her to punk London in 1976, where she began to nurture her career as a singer, going on to form The Three Courgettes in the 1980s, signing to Island Records, touring with Kid Creole and performing alongside Julian Clary, who regularly turns up to Barb's live shows to this day. Jungr and Parker, her musical partnership with Michael Parker followed. They recorded six albums, including one for Utility Records, the label spearheaded by Billy Bragg and toured extensively, supporting Alexei Sayle along the way. In 1991, at the behest of the British Council, they travelled to Sudan to give a series of workshops - it was a 'mind-blowing' trip, which saw them fleeing from a country on the cusp of civil war and on to Cameroon, Tanzania, The Yemen, Sri Lanka and Malawi. When Jungr and Parker eventually split, Barb embarked on her solo career in earnest.
More recently, Barb has been riding high on the success generated by a series of landmark album releases, including 2010's acclaimed The Men I Love: The New American Songbook, which included her take on the work of a broad range of American songwriters, from Todd Rundgren to David Byrne and Jimmy Webb to Bruce Springsteen, challenging the notion that a songbook fit for vocal interpretation closed at Cole Porter. All of Barb's albums have a strong theme, whether she's presenting what she refers to as 'the New American Songbook' on The Men I Love or offering up her take on Simone or Dylan with the albums, Just Like A Woman: Hymn To Nina and Man In The Long Black Coat: Barb Jungr Sings Bob Dylan respectively. She has been enjoying a series of sell-out runs at home and in the U.S.A., where critics and audiences alike have welcomed the songstress from the north of England into their hearts, relishing her stunning live performances, which hold audiences spellbound. Slick and entertaining to the last she balances her dramatic style of delivery with an innate sense of humour and comic timing. To turn down an invitation to see Barb Jungr perform live is to miss out on a revelatory and uplifting experience.
'autobiographical... exquisitely nostalgic... atmospheric' (All About Jazz)
“gutsy, soulful and occasionally devastating” (Daily Telegraph)
Barb Jungr, vocals, harmonica & backing vocals
Simon Wallace, piano & Hammond organ
Jenny Carr, piano (on 'Old Man')
Rod Youngs, drums
Neville Malcolm, double bass
Natalie Rozario, cello
Mari Wilson, backing vocals
Ian Shaw, backing vocals
Sarah Moule, backing vocals
Gary Hammond, percussion
Mark Armstrong, trumpet
Roddy Matthews, guitar (on 'Stockport To Memphis')
Produced, recorded and mixed by Simon Wallace at Underhill Studios, London, UK
Mastered by Ben Turner at Finesplice Mastering, Middlesex, UK
Arranged by Barb Jungr, Simon Wallace and Jenny Carr 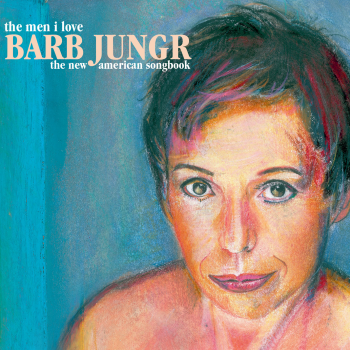 The Men I Love: The New American Songbook 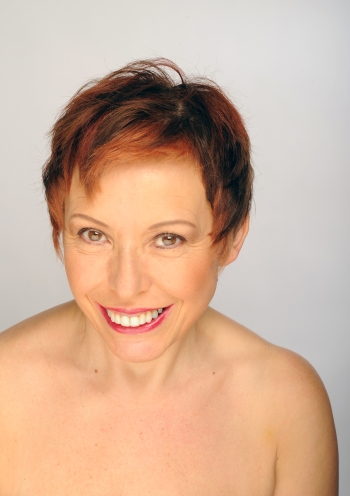 With rave international reviews and two prestigious New York awards (2008 Nightlife Award for Outstanding Cabaret Vocalist and Best International Artist 2003 Backstage Award), Barb Jungr is renowned for her unique vocal style, interpretation of song and radical approach to arrangements. Her acclaimed releases on Linn Records and Naim Label, and "revelatory" live performances have brought her to audiences all around the world.
Barb celebrated 2011 by touring the UK extensively with a new Bob Dylan collection, performing the show Girl Talk with Mari Wilson and Gwyneth Herbert, and collaborating with Kuljit Bhamra and Simon Wallace on Durga Rising. The CD The Man In The Long Black Coat – Barb Jungr Sings Bob Dylan was released in May 2011 by Linn Records to excellent reviews. She toured throughout the UK and the USA in autumn 2011, performing for the first time in LA and Austin with return appearances in San Francisco and a two week run in New York.
"One of the best interpreters of Jacques Brel and Bob Dylan anywhere on this angst ridden planet today" (Village Voice, New York) and "one of the best nightclub singers in the world" (Time Out New York), Jungr is “a fearless iconoclast who dives into the deepest waters of popular song to wrest exotic treasure from the ocean floor" (The New York Times). Her earlier Dylan collection, Barb Jungr Sings Bob Dylan: Every Grain of Sand (Linn Records 2002), which the Wall Street Journal called “the most significant vocal album of the 21st century thus far”, is now regarded as a cult classic album.
In 2012, Barb worked on and completed her long awaited new release Stockport To Memphis with collaborators Simon Wallace and Jenny Carr, whilst touring and writing. The album, released on Naim Jazz in October 2012, is biographical, drawing on Jungr’s north-western upbringing and celebrates elements of her musical and geographic journey. She signed to her new management company Nick Stewart and Associates and began work on a new theatre show for the Little Angel Theatre Company with director Peter Glanville.
Born and raised in Rochdale and Stockport, Barb has worked with many of the finest musicians and composers in the UK (including Mark Anthony Turnage who wrote ‘About Water’ for her to sing at the re-opening of The South Bank with the London Symphonietta), has toured all over the world with the British Council in the 1990s (Malawi, Cameroon, Yemen, Sri Lanka, Tanzania, Cote D'Ivoire, Sudan), appeared in Australia (2006, 2007 and a sellout tour in 2010), toured across Norway and Holland and performs regularly in New York and across the United States (several seasons at The Cafe Carlyle and Metropolitan Room and Joe’s Pub, New York, Catalina’s in LA, Rrazz Room in San Francisco and for Austin Cabaret).
As a writer and lyricist, Barb’s credits include The Jungle Book (Birmingham Stage Company), The Fabulous Flutterbys (The Little Angel Theatre), Cinderella, Beauty and The Beast and Dick Whittington for The Newbury Corn Exchange, Mabel Stark Tiger Tamer currently in development for Northampton Royal and Derngate and We’re Going On A Bear Hunt, based on Michael Rosen’s legendary book, in development with The Little Angel Theatre Company with director Peter Glanville. Barb lives in London.