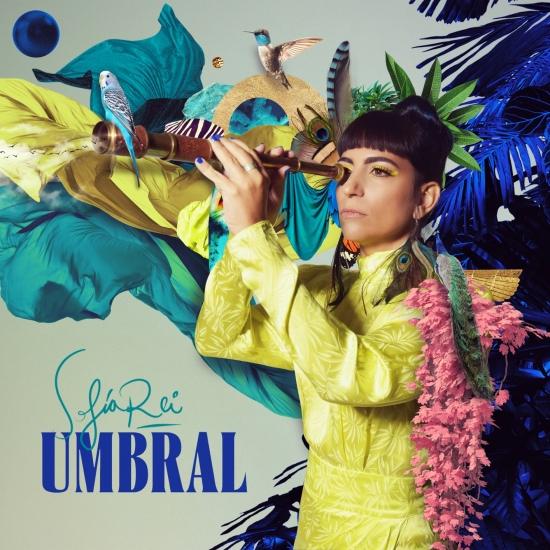 In her most recent project, an exhaustive exploration of the voice as an instrument of texture and expression, Sofía Rei breaks away from the established continuity of her work, creating a daring new soundscape that blends South American folk with pop, electronic music and improvisation.
In a recent soul-searching trip to the Elqui Valley in Chile Sofía, equipped only with two back packs with recording equipment and her charango created the core of her newest musical venture: “Umbral” (Threshold). Her unorthodox compositions are built almost exclusively from vocal loops and incorporate the series “Cinco poemas cínicos” (Five Cynical Poems), in which the songwriter displays her natural inclination towards lyricism. Incisive and imaginative, Sofia’s poetry responds to heartbreak, deception and disappointment with unrestrained candor, elegant humor and a heavy dose of sarcasm.
Folklore and futurism, graceful elegance and raw passion, virtuosic precision and spontaneous exploration – all merge together in the music of award-winning vocalist, songwriter and producer Sofia Rei. Redefining authenticity from an intensely personal perspective, she’s carried diverse Latin American traditions from her native Buenos Aires to the multi-cultural mecca of New York City, where she’s fused those sounds with jazz, experimental music, pop, and electronic music influences.
With a voice that’s been hailed for its captivating beauty and versatility by such prestigious publications as the New York Times and DownBeat Magazine, Rei’s talents fit comfortably into any number of genres. A self-described “frog from another pond,” Rei’s natural inclination is to leap, an instinct that has taken her on a circuitous route from early classical training and Argentinean folk music through the punk rock nightlife of Buenos Aires, into some of the most prestigious venues in the U.S. and on to a wealth of festival stages around the world. Rei has been named “an ambassador of Latin America’s experimental voice in the contemporary international circuit”. Her frequent collaborations with John Zorn and the downtown music scene have led to 5 releases on Tzadik records and four independent albums under her name, which received international acclaim including a Grammy nomination and 6 Independent Music Awards. Rei has been an advocate of South American culture through her work. She is the co-founder of El Colectivo Sur, an arts collective that increases public awareness of South American arts embracing contemporary and experimental works, bringing together diverse communities. In 2019, she was presented the Spirit of Folk Award by the International Folk Alliance (Montreal), for her active involvement in the preservation, presentation, and promotion of folk music, community building, and demonstrated leadership. Rei is currently a Professor at NYU’s Clive Davis Institute and teaches New Perspectives in Latin Music, a course she created that explores rhythmic training and the broad stylistic diversity of Latin American music.
Sofia Rei 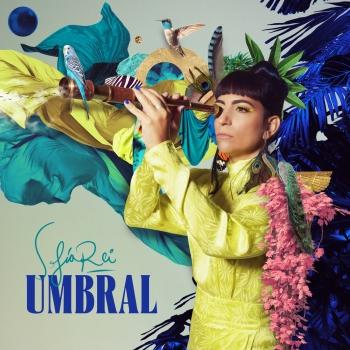 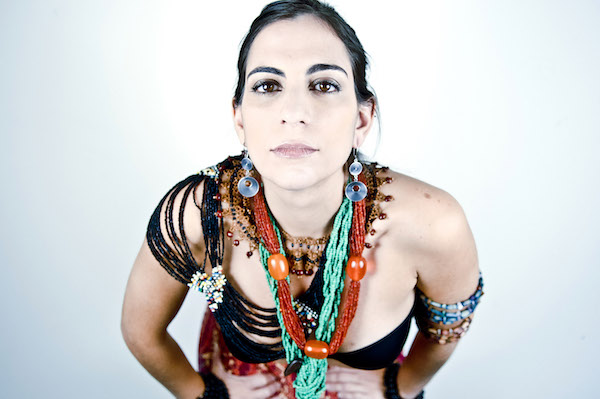 Sofia Rei
Folklore and futurism, graceful elegance and raw passion, virtuosic precision and spontaneous exploration – all merge together in the music of award-winning vocalist, songwriter and producer Sofia Rei. Redefining authenticity from an intensely personal perspective, Rei has carried diverse Latin American traditions from her native Buenos Aires to the multi-cultural mecca of New York City, where she’s fused those sounds with jazz, classical, pop, and electronic music influences to forge a singular and ever-evolving sound.
With a voice that’s been hailed for its captivating beauty and versatility by such prestigious publications as the New York Times and DownBeat Magazine, Rei’s talents fit comfortably into any number of genres. Her restless curiosity, however, makes her uncomfortable dwelling in any single category for very long. A self-described “frog from another pond,” Rei’s natural inclination is to leap, an instinct that has taken her on a circuitous route from early classical training and Argentinean folk music through the punk rock nightlife of Buenos Aires, into some of the most prestigious jazz venues in the U.S. and on to a wealth of festival stages around the world.
Along the way she’s connected with like-minded innovators including John Zorn, Maria Schneider, Marc Ribot, Bobby McFerrin, Pedrito Martinez, John Medeski, Susana Baca, Guillermo Klein and countless others. Rei also continues to inspire a future generation of adventurous musicians through her educational efforts at such renowned institutions as New York University and Berklee College of Music. She’s even shared a sip of mate, the traditional Argentinean tea, with a flirtatious Conan O’Brien from the window of her Greenwich Village apartment on an episode of his TBS talk show.
Rei’s latest release, Keter (Tzadik), is a duo outing with frequent collaborator JC Maillard as part of John Zorn’s Masada Book 3, the culmination of his 25-year Masada project. With Rei transforming her extraordinary voice through the use of electronics and Maillard playing the SazBass, a hybrid electroacoustic instrument combining elements of the Turkish saz, the Greek bouzouki and the electric guitar, the pairing finds echoes of the ancient in the urgency of the modern.
That tradition-spanning approach is central to Rei’s artistic identity. In recent years she’s increasingly incorporated looping and electronics into her performances, expanding the potential of the human voice into radical new territories. Her new project Umbral is a breathtakingly imaginative fusion of her broad spectrum of influences, devised during a soul-searching trek through Chile’s stunning Elqui Valley. At the same time she continues to delve deeply into the folk musics of a number of South American countries, including Peru, Colombia, Venezuela and, naturally, Argentina. Discovering a profound connection between such musical traditions and the lifeblood of the cultures from which they spring, she’s honed a fearless voice that remains deeply rooted while striving continually to stretch new branches into the unexplored.
Sofia started her professional career as a member of the Colon Theater Children’s Choir at age 9. In high school she made her first leap, briefly rejecting the strictures of classical composition to bash out punk rock rhythms on a drumset in her parents’ basement. She returned to formal training at Buenos Aires’ National Conservatory of Music, intending to become an opera singer. While at the Conservatory, Rei found herself dividing her time between performing early music with Renaissance ensembles and premiering new works by contemporary composers – initiating a trend for straddling past and present that would mark her whole career. Her belated exposure to jazz led her to pursue the improvisatory music to Boston’s New England Conservatory, where she formed relationships with many of the musicians who would become her closest collaborators, including bassist Jorge Roeder, pianist Leo Genovese, saxophonist Daniel Blake and percussionist Jorge Pérez-Albela. In 2005 Rei moved to New York City and embarked on enriching experiences with Bobby McFerrin and the Maria Schneider Orchestra.
Just as her music has sought inspiration from various corners of the globe, it has also allowed her to traverse the world to share it. Rei has toured Europe, North and South America singing at renowned international festivals and venues, from North America (Carnegie Hall, Town Hall, Lincoln Center and the Village Vanguard in New York City, the Kennedy Center in Washington D.C., SFJAZZ in the Bay Area, the Chicago World Music Festival and the Montreal International Jazz Festival), to Central and South America (International Jazz en Lima Festival and International Cajón Festival in Peru, Teatro Sucre in Ecuador, Mexico City’s Teatro de la Ciudad, Teatro Jorge Eliecer Gaitán in Colombia, Uruguay’s Lapataia Jazz and World Music Festival, World Music Panama and Teatro Colón in Argentina), to Europe (Wien Konzerthaus and Glatt Und Verkehrt in Austria, Cité de la Musique in Paris, the Barbican in London, the Netherlands’ North Sea Jazz, Festival Grec in Spain, Teatro Manzoni in Italy, Tom de Festa in Portugal) and beyond (Israel’s Beit Avi Chai, the Festival Iberoamericano de las Artes in Puerto Rico).
Having carved a unique pathway through a wide range of styles and traditions, Rei is also dedicated to guiding others not to follow, but to find their own ways forward. After teaching at both NEC and Berklee, she is now a Professor at New York University’s Clive Davis Institute of Recorded Music, where she’s helping students navigate the confluence of contemporary music, technology and business. She’s also helped bring innovative voices to new audiences as producer and co-founder of two events, Berklee’s Latin America Vive Music Festival and the NYC South American Music Festival, and as founder of El Colectivo Sur, an arts collective that aims to increase public awareness of South American music throughout the world and bring together diverse communities.