Together For The First Time...Live Bobby Bland & B.B. King 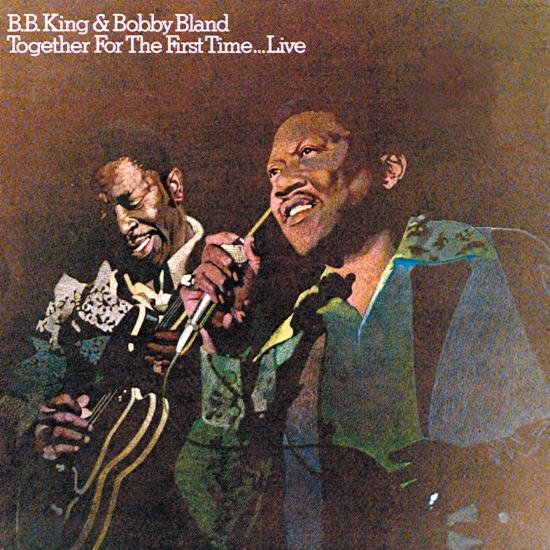 Info for Together For The First Time...Live

That's 'together for the first time' on HighResAudio, of course. Bland and King have shared stages since the '50s, when they were both members of the Beale Streeters, the legendary Memphis blues commune. In any case, this 1974 concert catches both artists at the peak of their game, recorded (with a nice sense of inside-the-band intimacy) in front of an extremely appreciative audience. Highpoints include a terrific call-and-response duet between the two stars on Bland's signature 'That's the Way Love Is,' and a riveting, can-you-top-this version of '3 O'Clock Blues,' which features stinging guitar work by King and some of Bland's most impassioned singing ever.
„Although the duo of Bobby Blue Bland and B.B. King was one of the most popular touring acts of the '70s and '80s, their first duet album -- appropriately titled Together for the First Time ... Live -- doesn't quite live up to expectations. Both musicians are in fine form, but rarely do any sparks fly. Occasionally, King turns out a good solo and Bland sings with passion, but usually the vibe of the record is too relaxed to be truly engaging. It's a pleasant record, just not the essential listening that it should have been.“ (Thom Owens, AMG)
Bobby Bland, vocals
B. B. King, guitar, vocals
Milton Hopkins, guitar
Johnny Jones, guitar
Ray Parker, guitar
Rudy Aikels, bass
Louis Villery, bass
John 'Jabo' Starks, drums
Harold Potier, drums
James Toney, organ
Robert Anderson, piano
Red Holloway, tenor saxophone
Jerome Richardson, baritone saxophone
Oscar Brashear, trumpets
Albert Aarons, trumpets
Snooky Young, trumpets
Garnett Brown, trombones
Benny Powell, trombones
Viola Jackson, voice from audience on 'The Thrill Is Gone':
Recorded at Western Recorders, Studio 1, Los Angeles, CA
Engineered by Phil Kaye
Produced by Steve Barri
Digitally remastered